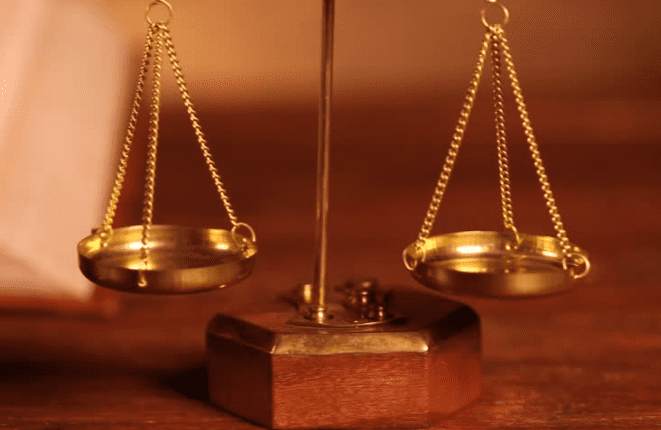 What are we going to do about s44?

Who would have thought that a section of the Constitution could cause so much political drama? To date, the section 44 citizenship scandal has already cost two senators their jobs and a government frontbench spot. And, now, we hear that there could be more in the coming weeks.

The question is, then, does this law have any relevance in a modern, multicultural Australia?

According to the 2016 census, 49.3 per cent of Australian residents are first and second generation migrants. This is hardly surprising, but it makes the citizenship issue ever more complex. From the late 19th Century through to the 20th Century, several countries faced mass emigration or diasporas to the Americas and Australia. The governments were forced to decide the level of inclusion that these nationals living outside their countries could enjoy. Questions of cultural preservation and the possibility of these emigrants returning (which many thought they would) played a part in these debates and the chosen resolves.

For example, Ireland decided that second generation migrants are eligible for citizenship while Italy and Greece put no limit. China employs the law of jus sanguinis (citizenship by bloodline), that is, if one parent was born in China, then the child is automatically a Chinese citizen. British citizenship is even more complex with varying exemptions regarding mothers, fathers, birth years, etc.

This information is not to excuse the lazy behaviour of members of parliament neglecting to check whether they hold dual nationalities. Rather, it demonstrates how easy it is to have a citizenship with another country despite having no authentic connection to it. Section 44 of the Constitution exists to prevent representatives from having loyalties to other countries. Judging by the number of MPs that have been caught out by this provision, however, the argument does not stand so firmly.

There are many laws or, rather, a lack of laws that allow foreign influence in the Australian political system. The Australian Republican Movement rightfully pointed out that all members of Parliament are required to pledge allegiance to a foreign monarch of a country that does not tolerate dual-nationality. The affirmation reads:

‘I, (name), do solemnly and sincerely affirm and declare that I will be faithful and bear true allegiance to Her Majesty Queen Elizabeth the Second, Her heirs and successors according to law.’

Forget the truly bizarre nature of the statement, as there are many other contradictions like this in Australian law. The Australian political system is uncommon among Western countries in that it allows donations from foreign nationals. Senator Sam Dastyari said he was not ‘… that friggin’ stupid’ to not renounce his Iranian citizenship (of which the process incurred legal fees of $25,000), yet no one would suggest that this is where his loyalties lie. One might suggest that he has loyalties to China – prompted by the donations of influential Chinese business people. It was these donations that led him to publicly contradict his party’s position on China’s expansion into the South China Sea. This ultimately lost him his opposition frontbench position, demonstrating how capital is more likely to cause misplaced allegiances within parliamentarians than dual nationality.

The ongoing corruption enquiries, particularly in NSW, shows the extent of how money influences law making. It brought down a Premier and several members of the Legislative Assembly with him. Again, indicating the influence that political donations can have on politicians. These instances have led experts to suggest that we should cap donations or ban donations all together. Leading suggestions are that these caps be to a level that prevents significant influence peddling (below $1000) and that all states and territories universalise disclosure laws. Even Sam Dastyari, in an attempt to save face has come out in the last week backing the idea of an all out ban.

When it comes to Australian politics, the name on one’s passport shouldn’t matter. If our representatives are really interested in removing shonky loyalties from the system, it begins with reforming political donations.

Dom Cradick is the vice president of the ANU Labor Left.

S44(i) of the Australian Constitution has been brought to focus following the resignation of two Greens Senators Larissa Waters and Scott Ludlam, as well as the resignation of Resources Minister Matt Canavan from the cabinet. It is quite interesting that the act of holding a dual citizenship alone is enough grounds for disqualification, especially since we take pride in our ‘multicultural’ society. Why is it that despite many Australians holding dual citizenships, our constitutional practices are firmly against dual citizenship when choosing MPs? Is it to guard against the possibility of MPs working for other states? Is it because holders of dual citizenships are susceptible to outside influence? Is it because MPs must be an example to the rest of the nation and dual citizenships reflect badly on them?

There could be a variety of reasons but what is certain is that a majority of these reasons don’t seem to apply to those such as Canavan and Waters who were not even aware of their dual-citizenship. Could they actually benefit from their dual citizenship or have their thought processes affected even though they did not have knowledge of their dual citizenship? Of course, there are matters of principle and equality that we must consider. If every factor was to be taken into consideration when discussing the qualifications of MPs it would be a long process to deal with every case and situation, with many feeling hard done by should they not make the cut while another does just because of different factors and circumstance. Drawing a firm line on qualifications makes everything so much smoother.

The question then is whether that threshold is too high or hard to achieve? Forgoing a dual citizenship does not seem too rigorous a task or disadvantageous when compared to the benefits of becoming an MP. Surely someone aiming to become an MP is willing to thoroughly research the qualifications of becoming an MP and sort out every possibility of being disqualified? Can ignorance, as Canavan is arguing, be enough to avoid disqualification? In earlier cases such as Sykes v Cleary and Sue v Hill, the courts determined that one must have taken ‘reasonable’ steps to forgo their dual citizenship to avoid disqualification. Now whether this test is subjective or objective is the issue.

Regardless of the result, the case will have large ramifications on the eligibility of those standing for Parliament. If Canavan really did not know about his Italian citizenship, allowing him to continue being in the Senate opens doors to other countless appeals on eligibility. As for whether we should have a referendum to change s44(i), putting aside the issue of whether forgoing dual citizenships is an appropriate threshold. The costs involved for such a trivial matter would be disproportionate along with the fact that really, it is quite obvious that it would end in favour of ‘no’.