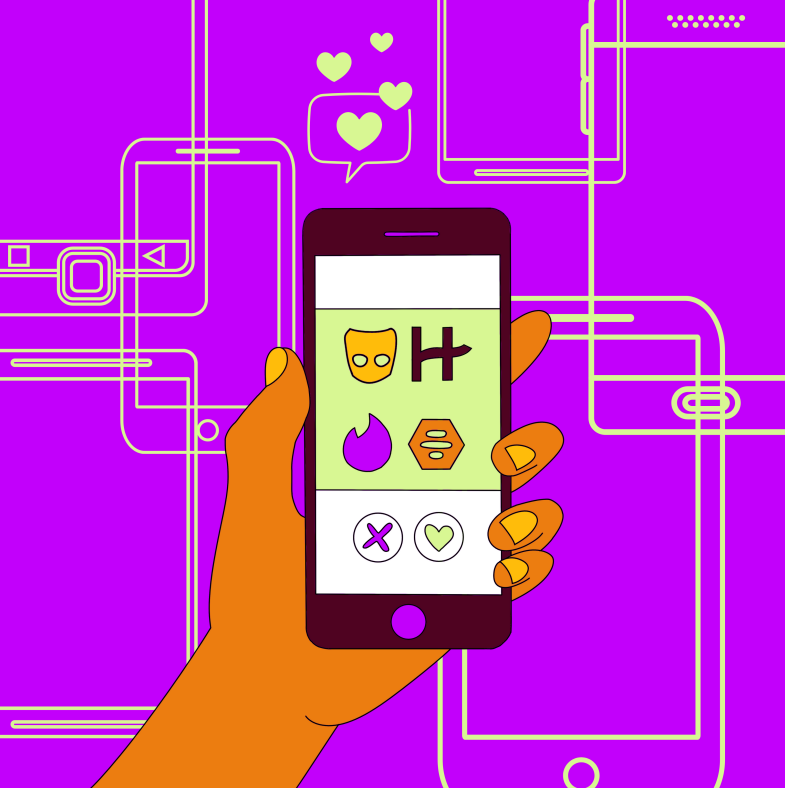 Un‘Hinged’: the Call of Nature

Whether it be Tinder, Hinge, Grindr or even Hater, an app that matches you with people based on your mutual dislikes, dating apps are ubiquitous at uni. Despite a veritable cornucopia of people in campus bars and cafés, tutorials and libraries, they are still one of the most frequently used methods of finding a lover. Even if just for a night.

But does anyone find anything more than a good story or a passing fling?

After some polling of my peers on their experiences with dating apps, within minutes, I had received enough reports to keep myself busy all night. From the classic ‘tall tales’ about one’s height, to the borderline concerning; girls returning from the bathroom, only to find their date going through their cupboards. Or else, seven separate women, all of whom had been asked on a date by the exact same man, and all of whom were all cancelled on, just hours before the respective dates were supposed to take place. Yikes.

Given these seemingly universally poor experiences, why are dating apps so pervasive on campus? Is it an effect of the pandemic?

At first glance, that seems likely. According to the government’s own statistics, in April of 2020, 70% of young people surveyed said the pandemic had negatively affected their social connectedness. 75% of those also reported negative effects on their mental health. Additionally, The Black Dog Institute reported that 66.4% of their respondents reported fewer social connections on the whole, as a result of the pandemic. So it tracks that more young people may be reaching for greater connections, regardless of what form it may come in.

However, research done in 2021 by Dr Jacqueline Coombe, of the University of Melbourne, just isn’t compatible with this conclusion. With dating app usage actually decreasing by 14.8% during lockdown compared to 2019, pandemic-fuelled swiping can’t be the only allure.

So why then are people turning to them?

The answer may lie in an abundance of profiles, with up to 15% of Australians apparently active on Tinder. I’ll be the first to admit it, I find the immediate validation rewarding. Swiping through hundreds of profiles cultivates a sense of godlike power. A 2020 study from the University of Western Sydney’s 2020 study agrees – 40.4% of people who use ‘swipe-based dating apps,’ reported a positive impact on self-esteem.

On the other hand, not everyone has a god complex, and behaviour goes both ways. Sexologist Dr. Keely Kolmes admits that for some, dating apps “invit[e] us to depersonalise people…by not looking at the whole person and really just going based on an image.” This is in line with a 2016 study, which found that on average, Tinder users had lower self-esteem and more body image issues than others.

If these statistics are disheartening to you, you mightn’t be the only one. Is it possible that sleazy reputations and horror stories marr the truth, and in fact, these apps really can yield results?

There is something to be said for the role of ‘swipe-based dating apps’ in circumventing the romantic gatekeeping that is common on university campuses. A survey in 2017 conducted by Relationships Australia, concluded that 15% of people surveyed had found a long-term partner on a dating app. Another by the Australia Talks National Survey from the ABC, reported that 35% of people found their current partner online.

However, like any ecosystem, the online dating system has its predators and prey like any other. As many possibilities as there are, there are equally as many motivations. In the midst of all of this, when deciding whether to swipe or not to swipe, you have to ask yourself:

Is all this worth it just to end up hiding from your old matches in Chifley Library?