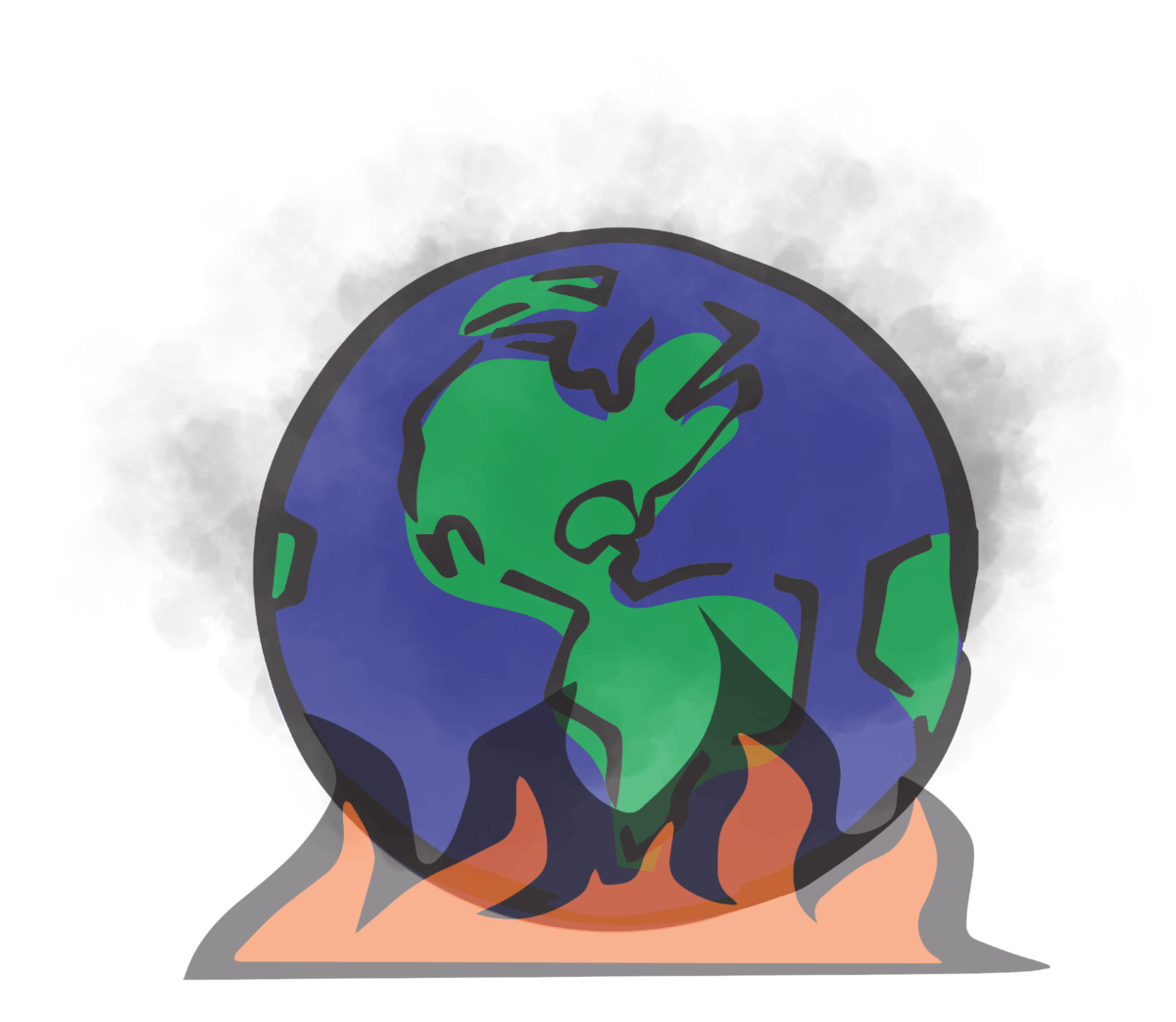 It seems that recently, every article I write or edit is in some way related to climate change. It is a big issue and is hard to escape at university. My professors are talking about it, I discuss it with my friends, and I frustratingly try to explain it to my parents.

Most of the population is on the fence still, though. I can see why. The impacts of climate change still ‘feel’ far off. Personally, it’s hard to recognise a one to two-degree rise in temperature across the globe. However, Australian farmers are starting to turn the corner on how they view climate change. They are at the forefront. The first to herald its arrival and to feel its impacts.

Regional Australia is currently facing serious drought. Our farmers are calling out for help. They are some of the most resilient people in Australia, but they are on their knees. Stock is dying, salinity is worsening and crops aren’t growing.

Many argue that drought is just part of the Australian climate. However, what we are seeing today is an increase in the severity and duration of weather, including drought. Global warming is significantly impacting the El Niño–Southern Oscillation (ENSO).

ENSO refers to the sustained period of warming or cooling in the central and eastern tropical Pacific. Depending on the phase, rainfall will increase or decrease due to the temperature of the ocean north of Australia. With global warming, this cycle is being thrown off balance. As such, the phases of ENSO are increasing in severity and duration. This means that droughts will become more severe and last longer. A worrying trend for farmers if climate change is not addressed.

In response to these troubling times, politicians have stepped up to protect the vital agriculture industry. They have offered drought-relief packages to those struggling. These comprise of zero-interest loans, subsidies and donations. In the past, these packages were met with praise and gratitude from farmers. This time, farmers are fed up. Politicians touring regional Australia are being now posed with some tough questions. Right now, we do need to help our farmers through the short-term. But drought-relief packages won’t solve the problem. It will only ease the pain.

Farmers have always been well aware of Australia’s climate. According to the National Farmers’ Federation head, Fiona Simson, “people on the land can’t ignore what is right before their eyes.”Australian farmers have made it through tough droughts before. But, with being so connected with the climate, farmers know that the growing trends in highly variable weather is no coincidence.

Despite their rhetoric, the Australian Government is well aware that climate change is affecting droughts. Rather than, you know… doing their job, they are placing the onus on farmers instead. On his recent tour of NSW and Queensland, Malcolm Turnbull stated that the farmers need to become more “resilient” and to adapt to what is “clearly a drier, hotter and more variable climate”.

Now, the government is committed to giving incentives for building feed and grain storage facilities, or even running fewer stock. This is just a band-aid solution, though. It doesn’t get to the heart of the issue. If climate change is not directly dealt with, the impacts could be devastating. Not just for farmers, but for everyone.

A recent study from the Proceedings of the National Academy of Sciences of the United States of America has gone viral around the world. The paper analysed “the risk that self-reinforcing feedbacks could push the Earth System toward a planetary threshold that, if crossed, could prevent stabilization of the climate at intermediate temperature rises.” It warns of the planet becoming “Hothouse Earth”. This refers to the tipping point in which heating would enter a feedback loop. It would drastically affect “ecosystems, society, and economies.”

The study stresses that “Hothouse Earth” is not inevitable and can be avoided. This is only if CO2 emissions are reduced. Even if we don’t reach this Armageddon tipping point, farmers will still be affected.

To combat climate change, the world’s nations have come together for unprecedented cooperation (apart from the U.S, but that’s a whole issue in itself). What has resulted is the Paris Climate Agreement. The most significant of its aims is “Holding the increase in the global average temperature to well below two degrees above pre-industrial levels and to pursue efforts to limit the temperature increase to 1.5 degrees above pre-industrial levels.” Keeping temperature below a two-degree increase is paramount for the future of agriculture in Australia.

Researchers from the University of East Anglia and Southern University of Science and Technology have concluded that a two-degree increase would be devastating. “Aridification would emerge over about 20-30 percent of the world’s land surface by the time the global mean temperature change reaches two degrees Celsius.”

The regions most at risk of aridification are the Mediterranean, Southern Africa and the east coast of Australia. “Aridification is a serious threat because it can critically impact areas such as agriculture, water quality, and biodiversity. It can also lead to more droughts and wildfires.”

The Paris Agreement is a huge step in the right direction. It provides uniform goals to move towards a better future. But with the threat to our farmers so high, we must build on this voluntary agreement and move towards more concrete policy.

Without government action on climate change, no amount of drought-relief packages will help us. If politicians really care about their constituents, they will take action. Climate change is not some far-off issue. A few degrees might not mean much to some, but for farmers, it is everything.

If farmers are the backbone of Australia, then we need effective policy to protect them. Attitudes are changing. This isn’t a social issue. It is not a matter of opinion. Climate change will affect us all. We need to face this. Before it’s too late.