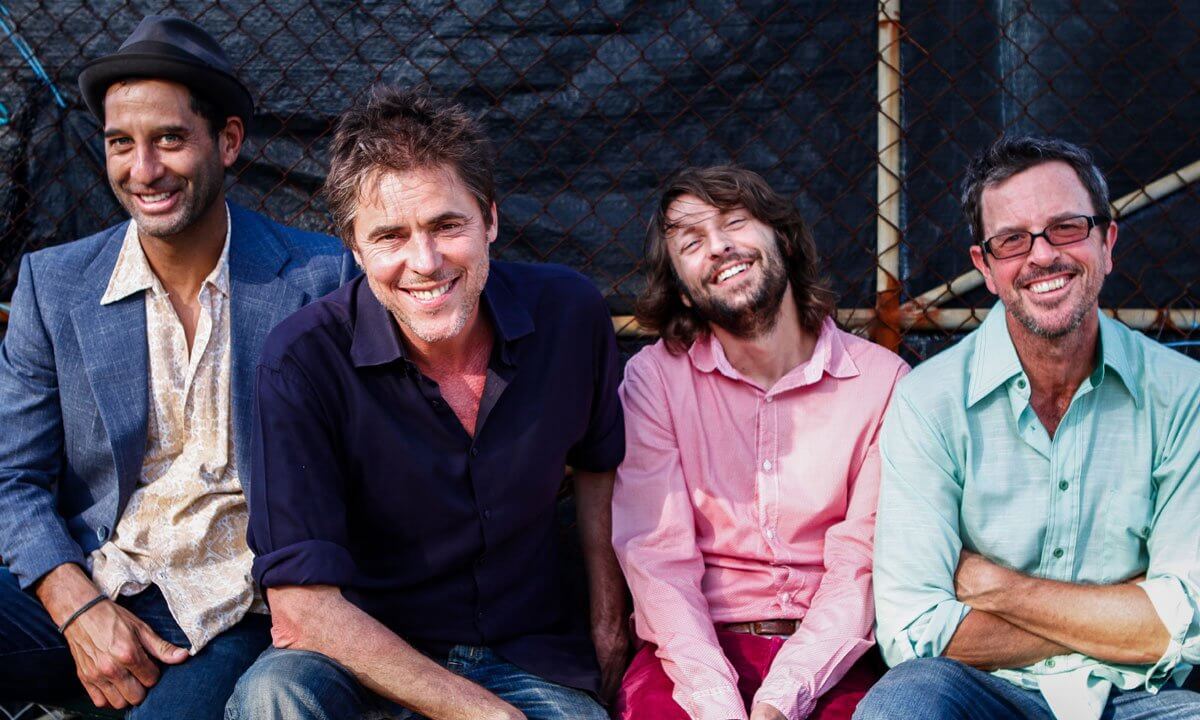 I leave Canberra Theatre after experiencing the sheer awesomeness of The Whitlams and my heart is full. It’s beaming from an experience with the perfect combination of reckless fun, aching sadness and political sass that makes this iconic band what it is.

As Tim Freedman strolls on stage and gives us a wave, the audience already feels like we know him.  As the whole band joins to play ‘Charlie no.1’, ‘Buy Now and Pay Later (Charlie no.2)’ and ‘Charlie no.3’, we are thrown into Freedman’s deeply intimate stories of loss and heartbreak.  He invites us to reminisce with him and his inspiring accompaniment, like old friends sharing a beer and looking back on irresponsible and turbulent times.

The following two-hour set truly highlighted the diverse array of sounds this band has experimented with over the past 25 years.  From the funky ragtime vibes of ‘You Sound Like Louis Burdett’, to the familiar jazzy pop beats of ‘No Aphrodisiac’. From the innately folk-like undertones of their namesake track, ‘Gough’, The Whitlams always offer something new.

This is something that really stood out for me.  Despite hearing these songs countless times growing up, each time I listen to a Whitlam’s track I get something new out of it. This was amplified by the addition of the National Pops Orchestra – described by Freedman as an orchestra like any other national orchestra, that just really likes pops.  The sea of violins lifted every track in waves of energy, transforming the cheeky rock ‘n’ roll tune, ‘I Make Hamburgers’, into an orchestral feat.  From the playfully delicate harp melodies to the killer glockenspiel solo in ‘Up Against the Wall’ and the powerful brass in ‘Thank You’, the orchestra was full of surprises.

But don’t think for a second the Whitlams boys were outshone. If anything, the orchestra provided a perfect platform for the band to impress us with their immense musicality. Terepai Richmond’s soul/funk and acid jazz background were evident in his intelligent drum rhythms. Jak Housden on guitar was consistent in smashing all the sick riffs and goosebump-worthy harmonies – while sneaking in beers between each song. Finally, the humble yet stimulating bass melodies of Warwick Hornby kept the band together and kept the audience feeling geared and groovy.

Tim Freedman, of course, didn’t fail to impress. His presence on stage was raw and genuine, never feeling like a performance, it was just him doing his thing. During the late 1990s, he kept the band alive through the tragic deaths of bassist Andy Lewis and guitarist Stevie Plunder; he uses this pain and transforms it into something beautiful. He’s a story-teller who makes us feel as though we are part of the story.

This concert made me recognise how much The Whitlams have affected my life, as the background noise of my childhood. The scope of their impact was obvious on the night, receiving a unanimous standing ovation along with cheers and tears from everyone who had the pleasure to be there.

The only thing that could’ve topped it off was if we all went to the casino afterwards, blown up the pokies and resurrected Gough Whitlam for a beer at the Sando.