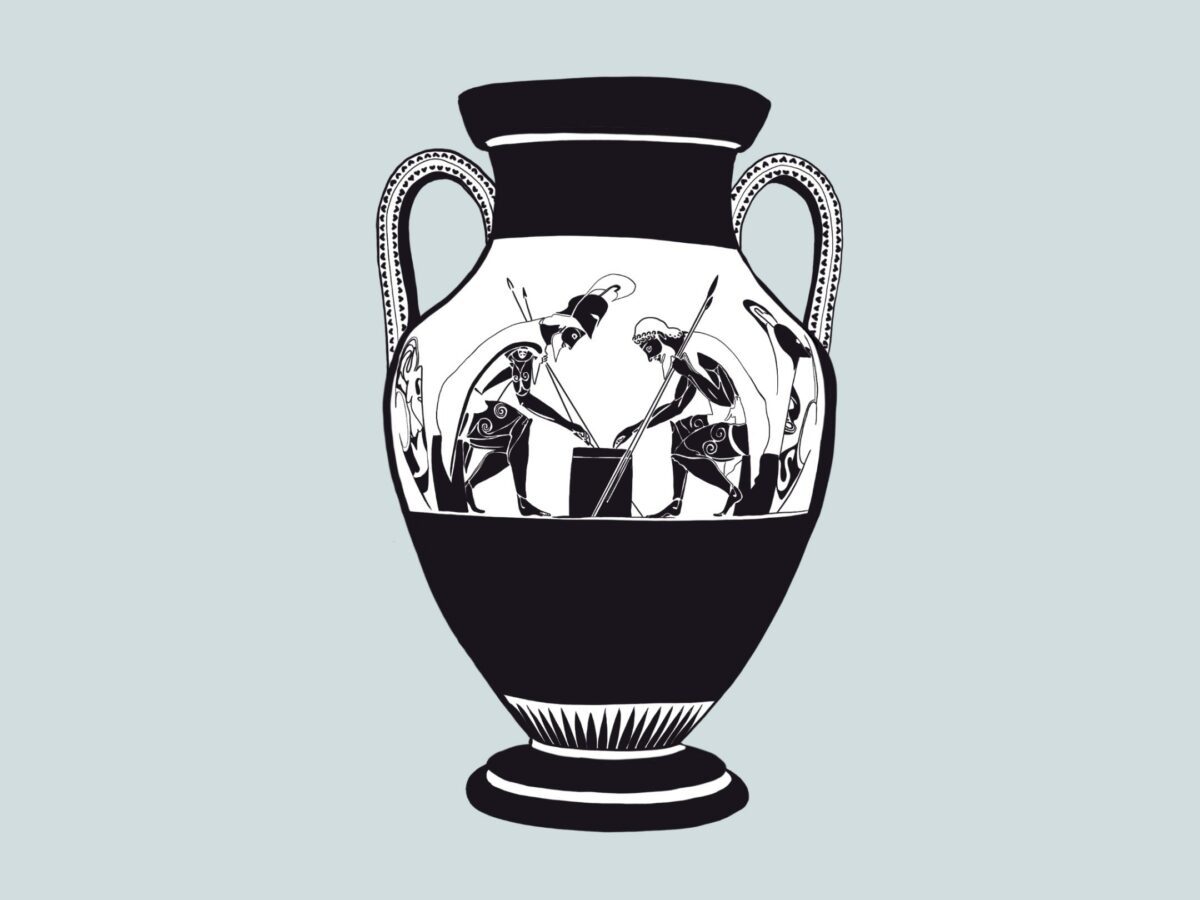 “When he died, all things swift and beautiful and bright would be buried with him.”

The legacy of epics are more than just the songs of heroes; they represent their deaths, sacrifices and tragedy. With the denotation of classicism also comes a golden standard of timeless, unspoken beauty. Madeline Miller crafts exactly that in her 2011 release of The Song of Achilles. This novel is more than well-deserving of its continuous praise and reception as a modern classic. Miller provides a mythological retelling of the Greek hero Achilles and his legend in the Trojan War. According to the Fates, Achilles is prophesied to become his generation’s greatest warrior. In a later prophecy, it is also foretold that he will die in Troy after the Trojan prince, Hector is killed. Whilst this is a tale of the epic, of kings and heroes and war, it is also a story of the human condition. Miller’s poetic novel is narrated by Patroclus, a figure historically depicted as Achilles’ lifelong companion and friend. However, even Plato will defend that the two were lovers by choice and nothing less.

“What has Hector ever done to me?”

Even prior to reading this novel, the circulating admiration afforded to The Song of Achilles could not be overlooked. Miller writes in intimate and lyrical prose, setting up a radiant and flirtatious Grecian backdrop to Achilles’ home, Pthia. It is here that we follow a story of two young boys, curious and coy about each other. What makes this novel so elegant is the precious recollections of intimacies between Achilles and Patroclus; the talk of miraculous pink feet and petal-veined hands, of quick wit and mouths carved by Cupid’s bow.

“We were like gods, at the dawning of the world, and our joy was so bright we could see nothing else but the other.”

Miller’s conception of Achilles is dissimilar to the rage-fuelled warrior in Homer’s The Illiad. Patroclus presents his version of Achilles to us. We meet Achilles from his boyhood, shining with youthful innocence and honesty. He is a graceful and kind prince who eats figs, takes up lyre lessons and goes to train by himself, lest he hurt his peers. We see him as a young boy immune to the ego of man. A child who seizes his own identity as it comes to him. A boy of five, then twelve, thirteen and sixteen. We see his fearlessness, his dignity and quick wit. Through Patroclus, we witness their mutual yearning and growing love for each other. In their youth and uncertainty, it is a beautiful thing. But just as they are two best friends and two companions, they are also two men and two lovers. We are reminded of the boys’ lack of agency, both in society and in the hands of the Fates. Just as quickly and beautifully as Miller paints their childhood, their positions in the Trojan War manifest. As Achilles grows in age and strength, so too does his pride and power. The backdrop of war and violence are a weight determined by the Fates, and the temptation of eternal glory consumes Achilles. We are forced to watch his loyalty and laughter crumble into something hard and heedless; because in all the songs that muse of epic tales, it is ultimately the hero’s tragedy that becomes the hum of the chorus.

“Name one hero who was happy.”

Achilles’ conception of immutability, athletic godliness and self-sacrifice is pertinently reflected in the 2020 Olympics. The delayed international games where the world’s best athletes competed against each other was broadcasted onto our recommended list and ‘For You’ pages in the latter half of this year. The scorching summer sun of the northern hemisphere was not all too dissimilar to the beaches of Troy. Our consistent watching, cheering and critiquing of the figures on screen occupied a consistent two and a half weeks of our time. As international athletes, they had surely trained relentlessly to prove their individual worth to the world. For us, their identity is ensnared by the proud arms of their mother country.

However, as we have seen with the Russian Olympic Committee, athletes stand on the dais to claim their title as individuals. There are hard-drawn expectations to surpass the bar of success, to prove their inhuman-human athleticism. Like Achilles, their prospective epic is watered down to a short performance of their talent. The tireless hours and early rises and missed birthdays go unspoken. Mental health is ushered aside for a glory built on the backbone of pain and ruthlessness. Only the image of perfection is acceptably etched into the gold of victory.

“You crave the applause yet hate the attention,

then miss it, your act is a ruse.

It is empty, Achilles, so end it all now,

it’s a pointless resistance for you.”

Achilles was tortured by the image of himself above, in the eyes of the Gods, and on the horizon, on the tongues of future generations stretching beyond the sea. By ignoring his vulnerability as a man estranged by the identity of his ego, he proved that pride was his own Achilles’ heel. But unlike the destiny of the Greek Fates, our 2021 Olympians have proven that there are many aspects to self-sacrifice. We watched the Greatest of All Time gymnast, Simone Biles, withdraw from her team finals. International pressure for a flawless show were reminders of the many ways in which media has commodified art and talent. Biles proved that athletes, now akin to entertainers, do not owe us a spectacle. She was courageous enough to break our image of athletic immutability. By doing so, she has reminded us not to let the weight of pride become our own generation’s Achilles’ heel.

“How the most dangerous thing is to love,

how you will heal, and you’ll rise above.

Crowned by an overture bold and beyond,

Patroclus asked Achilles to compromise. He begged and cried but ultimately, uncompromising pride won. Hence, as we look at the hero that we remember today as Achilles, it is not his legacy of musical aptitude or boyish compassion that first comes to mind. Instead, history has fossilised the rage and grief of a fallen soldier.

Quotations derive from the novel The Song of Achilles by Madeline Miller and the song Achilles Come Down by Gang of Youths.

A Review of The Laramie Project: Place, Truth and Hearsay