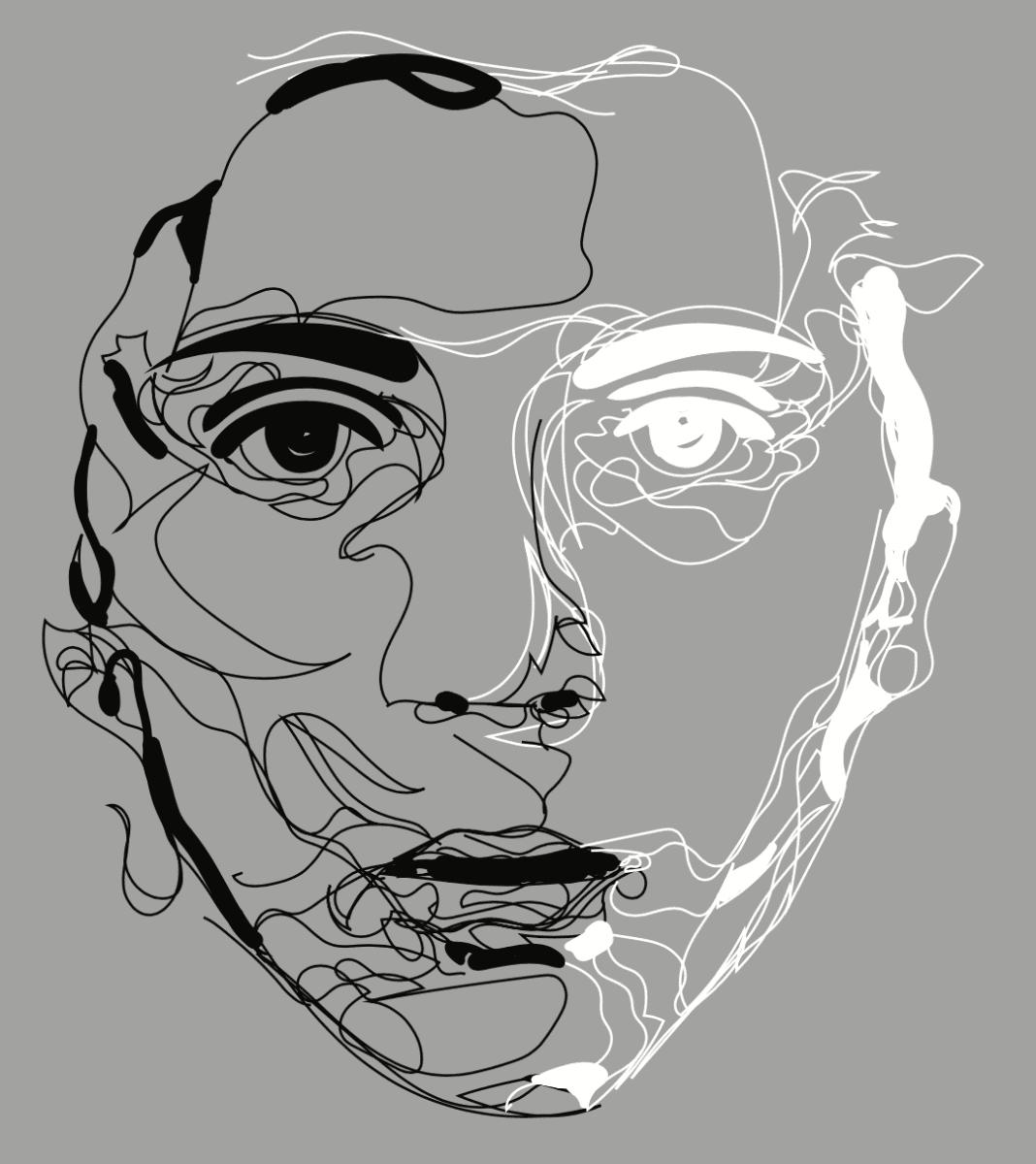 Before the house there was a daisy.

The daisy was a girl. Her mother had named her as such thinking that she would grow into her namesake. She had forgotten that the only things that grow in a big city were weeds. But her daughter was not a weed, and neither was she a daisy.

As a young girl, Daisy would walk to school each morning and watch the different colours that the sun would cast around her reflection in office windows. She would see herself in blue and white and grey, noticing how her body solidified in the glass. The buildings would encroach on her body, wrapping themselves around her limbs as if trying to suppress her growth. It didn’t work of course; buildings cannot move. However, no matter how tall she grew, Daisy could never touch the ceilings in her house. Her mother would watch her, hands stretched upwards and heels of her feet lifted off the floor.

You would have made a beautiful ballet dancer, her mother would say.

When Daisy’s body was all the way grown, she felt the streets back away from her as she walked through them. The city had wanted her to be a dancer too. She apologised to the buildings, walking past them in straight lines, back upright. I’m trying, she offered. The buildings shook their heads at her and turned around so that they were facing the coast. Daisy didn’t blame them. The view was better out that way. One day, in her late adolescence, Daisy took a train out to the sea. It was dark when she returned, and the street signs had turned blank. Salt air lingered on Daisy’s fingers as she wandered the streets, looking for the way back home

We can’t live in a house without a second bedroom, she thought. Her husband would have to disagree.
He regarded his wife. Her lips were twisted in agitated thought. He knew she was thinking about the second bedroom.
Darling, he said, don’t you think we should be saving?
Daisy found it condescending when he called her ‘darling.’ He only ever did it in front of other people, as if trying to prove their marital success. The real estate agent looked anxiously between the two.
Really, for a two bedroom in this area, and with these ocean views, the arranged price is quite a steal. Daisy looked confused, as if she had only just realised that the real estate agent could talk. When Daisy didn’t respond, her husband looked embarrassed. Maybe we can talk about this in private, he said. The real estate nodded knowingly. The husband nodded knowingly back. Daisy watched them nodding at each other.

The house was bought on the third day of winter. Daisy was pleased. Her husband was exhausted. They stood on the front lawn, one of them kicking dirt into the hole that the ‘for sale’ sign had left. The house looked less grand now that it was theirs.
I suppose we could go inside, said the husband.
I like it best from out here, said Daisy

Before the house there was the sea.
Before the trees were filtered out and the ground painted grey. It would sit, blue and grey against the bush. Salt would carry in the air and land on leaves, so that even in the summertime it looked as though they were covered in frost. If it were built back then, the house’s four walls would sit rudely against the softness of the hill.

It was two children who first saw the sea. They ran down over the hill, sensing something exciting. Instead, they fell onto the watery plains and frosted bush of the space before the house. The youngest child, a girl, a flower, stepped out from the shade that the hill cast, holding her hand to the sun. Her brother watched her clenching and unclenching her fists as if she were trying to hold the sunlight.
I would like to live in a house by the sea one day, said the girl. It was evening and their home felt too far away.

For the first week, Daisy felt around her new house in the dark. She was too afraid to turn on the lights each night, scared that she wouldn’t like how the walls looked when coated in fluorescence. Her husband followed along behind her, periodically flicking on every light switch that Daisy had flicked off.

One morning, they stood by the window together, looking out at the blue beyond the bush.
I can’t hear the traffic, said the wife.
It’s nice, said the husband, to hear the sea instead.
Daisy wondered how it was that the sky was always grey here. She remembered one day, back when they lived in the city. It had been raining the night before, and in the morning she had found her husband evaporating with the raindrops. She tried to reach out and touch him, but the water was on the other side of the window pane. Her fingers met only cold glass. Back in the new house, her husband reached his arm around her shoulder, still looking out to sea.
I’ll move all our storage into the second bedroom, he said.
Yes, for the moment, she said.

When she was in her second year of high school, Daisy drew her birth. She could remember it clearly. She could almost hear the quiet that she felt for three months afterwards. As an infant, Daisy didn’t cry; she had expended all of her energy finding her way out of her mother’s womb. It had been dark and red in there, and the four walls of the uterus touched every part of her skin. Once she’d left, a doctor held her up and the light burned her eyes. Her mother felt so far away.

Daisy’s art teacher had piled the class’s drawings into a stack and taken them home to grade. He was sitting on his couch when he came to Daisy’s. His microwave dinner slid off his lap and by the time he noticed, his dog was halfway through it.
You just like the attention, said Daisy’s mother, holding the artwork at arm’s length.
I call it ‘Seed,’ said Daisy.

The second bedroom stayed empty. Daisy’s husband was too busy commuting each day to the city to fill it. Coming back each night, he’d throw his hands up to the ceilings and say: look at this place! and look at my wife! Daisy would look through her evaporating husband to try and find her reflection in the window behind him. By that time of day, it was too dark to see.

Daisy wanted to fill the second bedroom before her husband was all the way gone. The wind was too strong by the sea; she watched every day as pieces of her husband turned to droplets and were picked up by the wind. Maybe he would stay if only he had something to watch grow.

One morning Daisy woke to the taste of salt on her lips. She felt beside her for her husband, but found only lingering condensation. Straight faced and holding her empty stomach, Daisy walked down the hallway, past the empty second bedroom and through the front door. She saw the wind before it hit her, pushing her back against her house. The air was thick and blue and grey, and wrapped her hair around her eyes. Pulling her nightdress tightly around her, Daisy walked through the wind and towards the coastline, not hearing the twigs as they cracked under her bare feet. When she reached the shore, she had still not arrived. The cold blistered Daisy’s ankles as she stormed through the whitewash.

Hello, said Daisy as her mouth filled with salt.