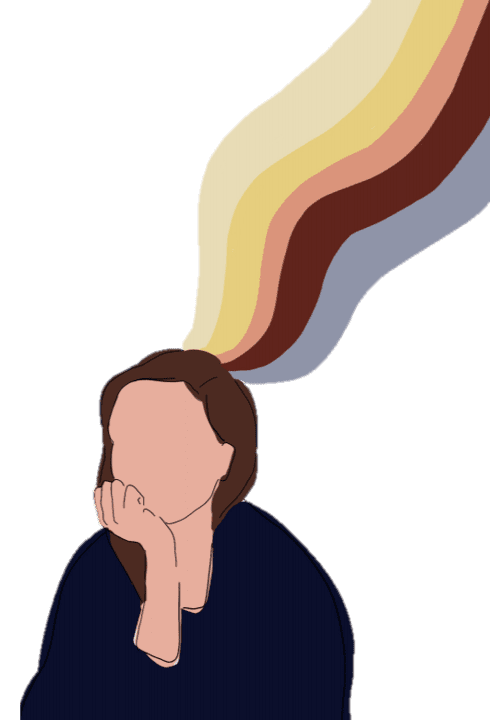 The Science of Overthinking

Overthinking – it’s a blessing and a curse. It allows you to jump steps ahead in an exam problem to save time, but it also causes you to stay up late wondering if what she said was because of what he said, or did she just say it as a joke?

We know the definition of overthinking and the emotions that come with it, but what’s happening chemically as these thoughts race through our brains?

To start off the game that is overthinking, we have a few key players: dopamine – our own personal coach who motivates us and produces feelings of risk and reward, and adrenaline – the noisy child who, once let loose, increases your heart rate and blood pressure. From here on, we have two players who are barely ever in the same room together: serotonin, who brings nothing but happiness, and cortisol, who modulates stress levels.

Cortisol is the type that you’re happy to have small how’s-the-weather type conversations with. If you’re placed right next to them at a dinner party, however, then your mood will take a turn for the worse and your stress levels will rise higher and higher. Cortisol is the main villain who creates unhealthy overthinking and is released in the hypothalamus –  a region very near to the centre of your brain.

So, how do we stop this villain if we aren’t in the mood for overthinking?

After cortisol is released it must be captured by cortisol receptors to have an impact. Therefore, if you block the path to these receptors then cortisol cannot cause you any stress.

Research has found that an area of your brain called the orbitofrontal cortex, located just behind your eyes and in front of the hypothalamus, is associated with stress levels. Those with a thicker orbitofrontal cortex on the left side have higher levels of optimism and less anxiety. So, instead of having to directly face the cortisol villain yourself, you can combat its negative effects by modifying another structure in your brain.

Okay, I’ll admit that the first two suggestions were a bit far-fetched. Still, the first suggestion underlies the workings of mood control drugs and the second suggestion serves as important information for neural projects that look to create a human brain from scratch. But this last suggestion does work – and lots of research has been done to prove it.

So, what’s the difference between your relaxed, easy-going self and the one with a million thoughts racing through? A few milligrams of cortisol, so science tells us. But, of course, the story goes on… we all know that the human brain just isn’t that simple!