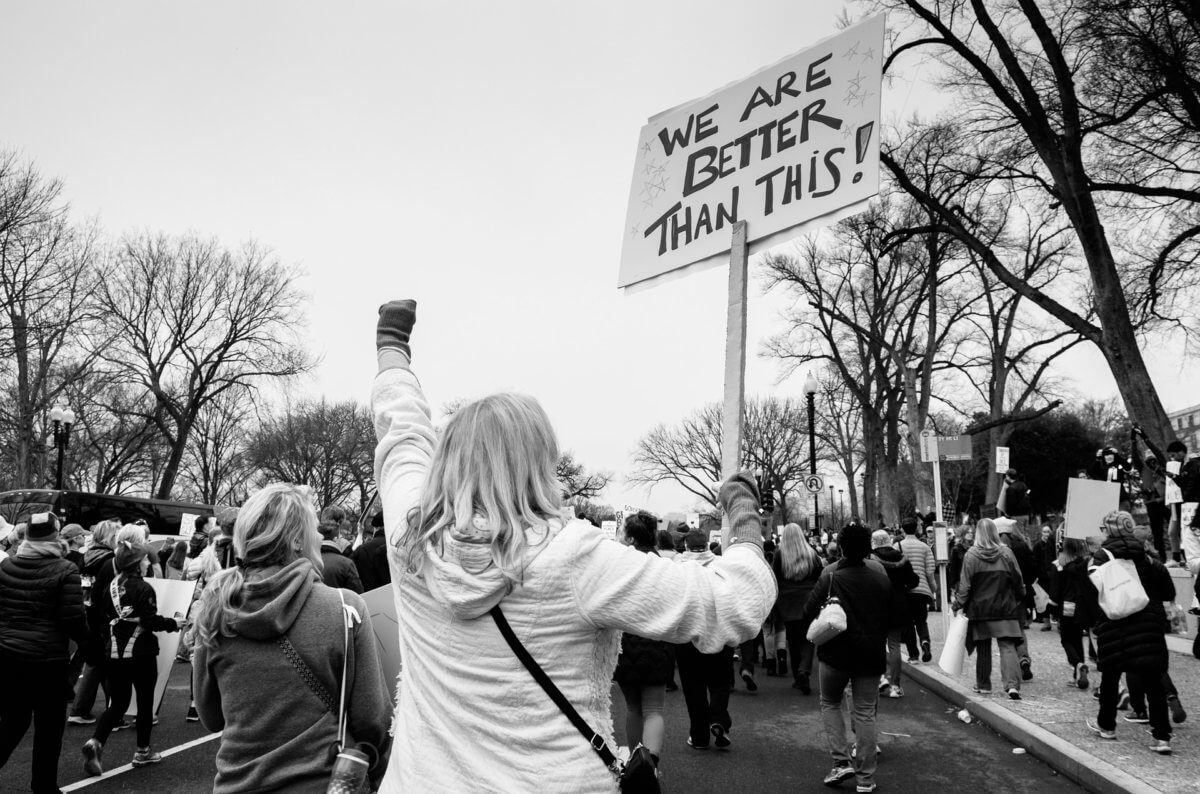 THE PERSONAL IS POLITICAL: HANDS OFF OUR EXPERIENCES

Movements are only as strong as the people who fight for them. Without manpower or bodies in the field, lies little more than abstract ideas and weightless platitudes.

Look at any social movement, and you’ll see how vital harnessing personal identity was to their success. In harnessing the personal identity and expressing pride in its (perceived) subversiveness, we begin the arduous process of unpicking bias and normalising non-hegemonic peoples.

Feminists embraced nudity in the ‘Sex Wars’ and bodily autonomy debates of the 1970’s.

Queers continue to storm the streets expressing their diverse beauty, embracing difference rather than settling for toleration under a society governed by heteronormativity.

Black Lives Matter spoke explicitly about skin colour, relating it to how it affects their treatment before the law.

Ultimately, the personal is political. Your identity cannot, and should not, be divorced from your politics.

During the recent ANUSA elections, seeing friends run for positions, watching Shake Up’s – seemingly – controversial ‘Objectively’ video and catching ANUSA’s OGM livestream we witnessed a debate over the politicisation of the issue of campus violence. Some expressed their credentials, activism and subjective self-assuredness on their ability to represent students. Others, in response, condemned them for ‘politicising the issue.’

To me, and considering my own experiences, activism around campus violence and the university’s systematic, historical and ongoing failure to protect sexual assault survivors is especially, and necessarily, political.

The movement’s very existence is thanks to the survivors of campus violence and administration mismanagement politicising their experiences. To suggest that the issue – which, in essence, is the disclosures, voices and experiences of survivors – cannot be politicised is, in my mind, ludicrous.

We express our politics, and therefore politicise ourselves, in different ways. Some want liberation; others want acceptance. Some protest, others lobby. Some identify as radical, others as moderate.

In the end, it’s up to voters to determine which approach best represents them.

To be clear: no one individual, lobby group, or President of ANUSA controls the narrative around sexual assault, life as a survivor or their activism on the issue.

For governments to pay proper attention, for universities to acknowledge their failures and for Brian Schmidt to accept, rather than block, the demands made by ANUSA/PARSA; activists must be elected. And where there is an election there is politics, clash and self-promotion.

Indeed, when elections are held for positions that involve sitting before Senate Estimates or the ANU Council to make demands on how students can be best protected from Campus Violence; the personal is made political once more.

Candidates’ ability to speak publicly, protest, consult, include marginalised voices in the debate and be truly representative – they’re all factors. A real, robust, respectful debate over who’s best for that job is beneficial for ANU students.

To politicise yourself is not ‘disgusting’, nor deserving of vitriolic, undignified condemnation at an ANUSA OGM. In reality, it is vital for the success of the movement.

No one voice speaks for this movement. No one President determines its direction. No one approach will ensure its success.

To deny survivors the ability to be activists on this issue in the way they desire undermines the campaign. Furthermore, it disempowers their voices more than they already have been.

And what’s the hope in that?