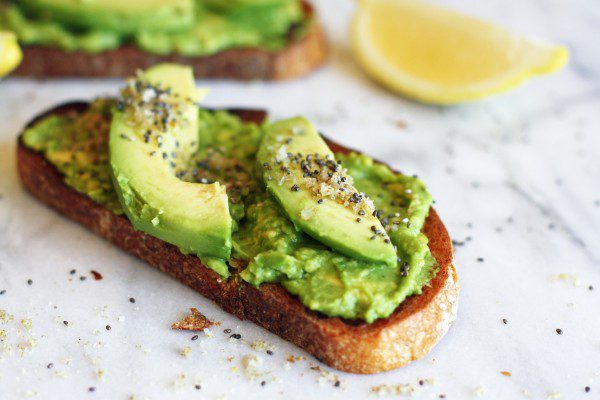 Over the summer break, I discovered a path well-trodden by ANU students. It was that of holiday aimlessness – of the boredom that comes from not having 300 fellow residents around who I could force to spend time with me. I had been very busy, without actually achieving anything. So I resolved to do something productive with my life and gave myself a project. I’d stumbled across a topic that is, in my humble opinion, exceptionally under-represented in contemporary media. A burning issue: Why on earth has there been no formal investigations into the optimal toast-to-avo ratio to be achieved in a delectable plate of this brunch classic?

I was embarking upon a journey of self-discovery, personal enlightenment and holistic education. I was going to find smashed avo perfection. This was not simply an exercise in gastronomy or recipe preparation, but a mission of seismic proportions. Who knew what could happen if I was not successful? Uni students around the nation could incorrectly spend their precious home loan funds on sub-par bread combinations or, even worse, they could waste a perfectly good avocado.

I first planned my method of experimentation – it went without saying that if I was going to do this then I was going to investigate with the thoroughness of an entire FBI squad. I initially began with what I’d always known: one avo, two slices of sourdough. I assumed this tried-and-tested approach would work best, right? Why mess with something proven so successful? As a good researcher, however, I figured it would be only fair to scope out the options available. I, therefore, proceeded the next morning to hit up some local establishments and see what made their particular avocado creations a staple menu item. I ventured out to my local hipster café, a hallmark of any self-respecting Melbourne community.

Like the most basic of bitches, making her foray into the indie brunch scene, I stunned the waitress by barely perusing the menu before selecting my cherished smashed avo. What? No superfoods? No dietary requirements? I hadn’t even checked if the avocados were organic and grown by spiritually balanced Himalayan monks!
This café had made a controversial choice of rye bread over the classic sourdough offerings but, as it happened, I was happily surprised by the congruity of rye with my morning avo. While still not a patch on a traditional slice of perfectly-toasted sourdough, the nutty rye presents a viable option for all you wannabe squirrels out in the ANU community. But the bread used is a trivial detail. The real issue at play here was of course the avo-to-toast ratio. I needed to get my head back in the game, and a quick appraisal of the pre-sliced avo seemed promising. Here, the classic one-avo-to-two-slices proportions had been preserved, but the addition of feta into the mix was a welcome surprise.

Around the time when these nebulous ideals of a larger, more generous avo-to-toast ratio were developing, I stumbled across an enormous spanner in the works of my investigation. This came in the form of something small, insidious, highly suspicious: chilli flakes. My mouth was on fire! The waitstaff and my fellow patrons were now watching me with a sceptical eye, having first skolled an entire jug of water and then ordered a glass of plain milk in rapid succession.

By the third morning my research funds were running grievously low (they charged me coffee prices for my humble glass of milk, the bastards). I decided that I would instead draw upon my newfound expertise and attempt to construct my Very Own Smashed Avo. This was a dangerous move – one false step, one bad avo, and the whole project risked being sidetracked. The automatic choice was to spread one avo over two slices of toast, so that there was no avo left spare and therefore none wasted. But then I paused. In our contemporary world of advanced storage solutions, the Tupperware effect definitely comes into play. With the ability to store half an avo until the next morning, one could experiment with, say, one and a half avos spread over two pieces of sourdough.

I was not disappointed. Luscious amounts of avo abounded, without being so thickly spread as to not be supported by my toast. It was filling without being overly rich, satisfying but not too indulgent. I felt enlightened, virtuous and on top of the world. I had indeed just cracked the code. To what, you ask? Well, to culinary glory I suppose, but suddenly I felt that the entire world was my own personal oyster. Surviving college food, obtaining an HD average, maybe initiating political conversation with a PPE/Laws student. All were within my grasp!

Maybe I should write it up as a research paper. Maybe I’d get published. Maybe this was Nobel Peace Prize-worthy; I mean I had after all assuaged the stressful deliberations of smashed avo lovers worldwide. A worthy cause, to be sure. My results could even extend into the realm of smashed avo mix-ins. Love your feta? Or maybe some pinenuts? No problem! Just drop the avo quantity to one per two slices and substitute with your favourite brunch add-on. Except chilli flakes, of course – those are the work of the devil.