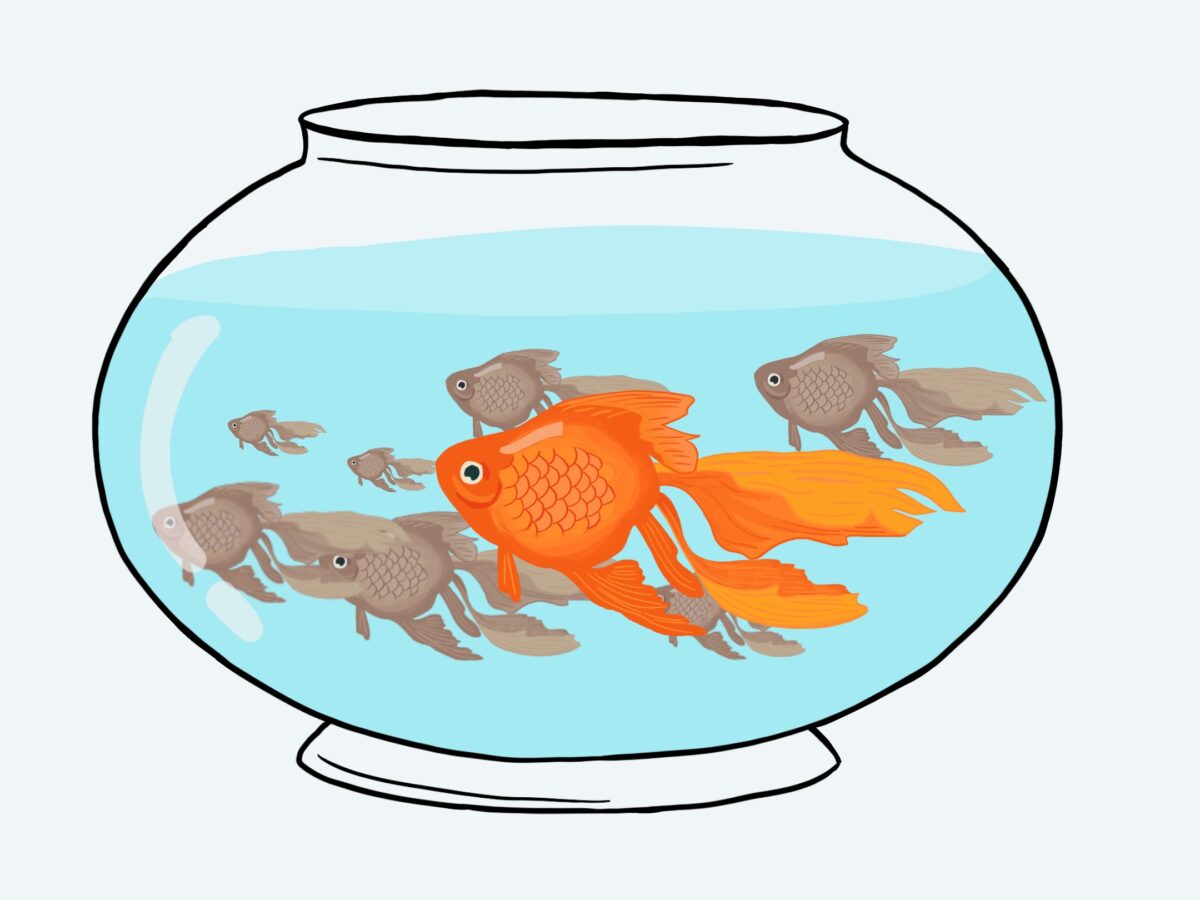 The Market and the State Can’t Solve Everything: The Case for a Shared Morality

In the West, societal trust is declining, divorce rates are rising, community clubs are disappearing, the use of the word “I” is increasing in the English language, and people are becoming lonelier and more depressed than ever. So laments Jonathan Sacks in his book Morality, and argues that these phenomena are partly symptoms of the rise of a particular kind of individualism; the kind of individualism that puts the “I” before the “we”; where we believe we are entitled to certain rights, but take no responsibility in exercising those rights for the betterment of society.

It has long been known to academics that people living in the West have a more independent and autonomous concept of the self than their Eastern counterparts. For example, one study conducted by psychologists Hazel Markus and Shinobu Kitayama asked people to write out twenty lines beginning with the word ‘I am.’ They found that Americans were more likely to list their personal character traits (I am outgoing, funny, interested in jazz etc.), whereas East Asian subjects were more likely to list their roles and relationships in society (I am a son, a husband, an employee of… etc.).

Incredibly, these differences even extend to how we see the world. Richard Nisbett outlines in the book Geography of Thought how, when shown an image of a fish tank, American school children are 60 per cent less likely to reference all the background objects (plants, rocks, bubbles) than Japanese school children. Instead, they simply mention the fish present in the foreground. These experiments have been supported by the Dutch social scientist Gert Jan Hofstede. Using global surveys, Hofstede found Western countries to be far more individualistic than Eastern ones, with the USA being the number one most individualistic (as opposed to collectivistic) nation in the World.

For the most part, our individualism has served us well. Upon the assumption that we are all autonomous individuals, each with equal dignity, we have managed to create some of the freest societies in the world. In particular, individualism has been instrumental for the functioning of our liberal markets and governments. The idea that every individual is entitled to the same property rights and to equal opportunity is the foundation of any flourishing free market. The idea that every citizen is equal under the law and entitled to an equal vote is the basis of any properly functioning democracy.

However, individualism cannot solve all our problems. In particular, individualism has nothing to say about the collective responsibilities we should take in order for our free societies to function in the first place. The following example outlines this quite well – consider voluntary voting in a democracy. In an electorate made up of thousands or even millions of voters, the chance that your vote could make a difference is virtually zero. Given that voting involves taking time out of your day, commuting to and from the polling booths, and waiting in line, the benefits to you, as an individual, do not outweigh the costs. When viewed from an economic lens, there is no reason to go out and vote because there is no economic gain to be had. When viewed from a political lens, there is no point in voting because you have no influence over the election outcome. However, if everyone did the individually rational thing, then no one would vote, and democracy would fail.

For a democracy to properly function, our society has to constitute more than just an individualistic market and state. Instead, we need to have a shared system of ‘morality,’ or a set of principles that we can follow to guide our decision-making for the betterment of society. In the case of voluntary voting, if we all strongly believed that we should vote because we have a duty to fulfil as citizens living in a free and democratic society, then voter turnout would be higher. By emphasising our responsibilities, democracy functions better and everyone is better off.

This line of reasoning extends to every situation where the sum of our rational individualistic choices leads to an objectively worse off society. The embodiment of this is the classic game-theory prisoner’s dilemma. In this hypothetical scenario, it is always rational for the two prisoners (held in separate rooms) to confess against each other in an attempt to gain a lighter sentence for themselves. However, both players confessing leads to objectively worse payoffs than if both players cooperated and remained silent. Instead, if each prisoner strongly held the belief that betraying your fellow citizen was morally wrong regardless of the circumstances, then they would each be better off.

As Sacks notes, this shared system of morality cannot easily be replaced by the market or the state. The market could offer you incentives to make the right choice and the state could coerce you. However, such systems of incentives and punishment come at huge costs in terms of monitoring, policing, enforcing, and investigating. Furthermore, there is no guarantee that such systems won’t come with loopholes or unintended consequences. For example, in one famous behavioural economics study, an Israeli day-care centre began fining parents for picking up their children late. What they found, however, was that parents took the fine as a way to purchase tardiness and pick up their kids late without having to feel guilty about it. As a result, the number of late pickups increased. In other studies, researchers have found that offering people monetary incentives to donate blood decreases total donations. From this, they noted that external rewards can ‘crowd out’ intrinsic motivations. It seems that some behaviours simply lie beyond the influence of the market and the state.

Furthermore, similar to how a shared system of morality can make a democracy run better, it can also improve the efficiency of a free market. With a shared belief in the same principles, we can cooperate freely with one another without constantly being on guard for deception, violence, betrayal, and theft. This is why trust has been known to be, in the words of economist David Halpern (head of Britain’s Behavioural Insights Team) “a more powerful predictor of future national growth rate than, for example, levels of human capital or skills in the population.” If we can all trust each other to do the right thing, then we can spend fewer resources on minimising moral hazards, free-riding, and prisoner’s dilemma type scenarios.

The power of shared morality in creating a well-functioning economy is brilliantly outlined by David Sloan Wilson in his book Darwin’s Cathedral. In one example, Wilson points to communities of Balinese rice farmers who all share the same belief in a common water Goddess. These farming communities, comprising thousands of individuals and stretching across hundreds of square kilometres, all had to share the same scarce rainwater flowing down the side of a nearby volcano. To prevent stealing, the farmers placed temples and shrines to the water Goddess at each fork in their irrigation system. In this way, the Balinese were reminded of their social obligation not to take more water than they were entitled to or risk punishment from the water Goddess. As such, the farmers solved the tragedy of the commons without a central government spending valuable resources on monitoring, policing, courts, and punishments. The system worked so efficiently that the Dutch—who themselves were expert irrigators—could find little room for improvement.

To conclude, it is increasingly the case that our understanding of morality has shrivelled down into a single principle: “if I’m not harming anyone, then I should be allowed to do it.” Despite the harm principle having been highly beneficial in establishing our economic and political rights, it leaves out the other side of the equation. Rights come with responsibilities, and no free society can function without educating its citizens on the kind of responsibilities that we have to each other, to our political and economic institutions, and to the environment around us.