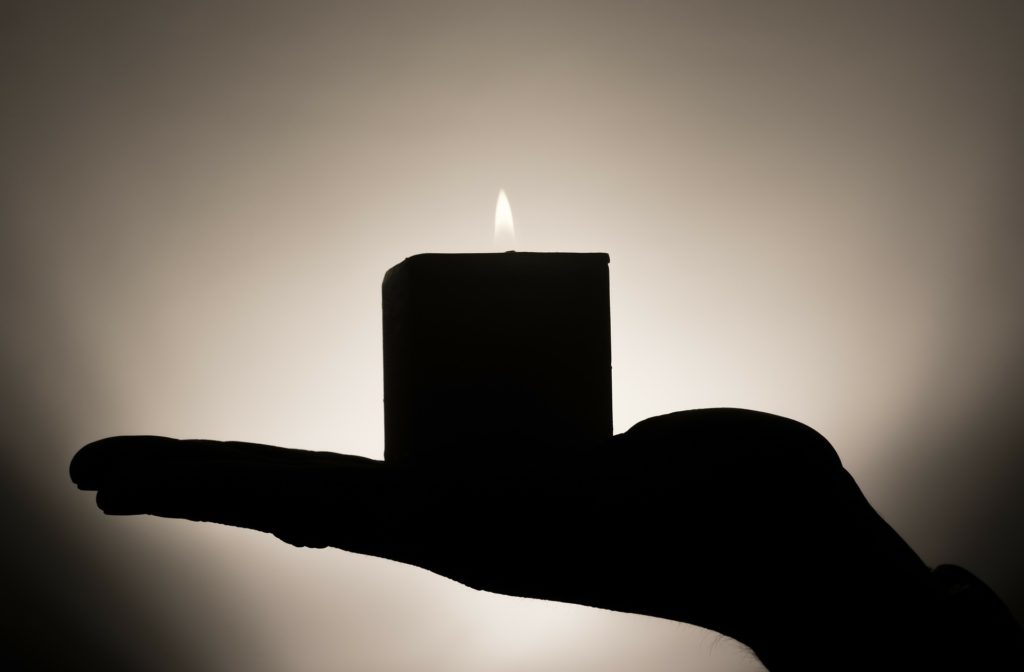 The Grief & Fear of Losing a Friend to Domestic Violence

Last week, Eve* was murdered by her ex-boyfriend. He forced entry into the house that she was staying in, and he killed her with an axe.

Eve had been a friend of mine when I lived in France six years ago. We had been in the same class at school, and we were part of the same friendship group. She was always, unfailingly kind to me, which was not a given at the time, with my broken French and foreign accent. We ate together in the school cafeteria and we danced and smoked together at parties. Eve smoked too much – playing basketball in P.E. made her grip her ribs in short-breathed pain. Eve and our friend Alice* sat in front of me during our five-hour cinema studies classes on Thursday afternoons, and they giggled through every film we watched. They had shared a room at the boarding house, and by the time I knew them they were inseparable – the archetype of teenage female friendship.

Now Eve no longer exists, and the body that used to be hers is hacked and bloodied and empty.

I hadn’t seen Eve in years, nor even spoken to her. Her death does not change my day-to-day life, but still, the horror is fresh and raw in me. I tell people that I “can’t get it out of my head,” and in truth, I’m not sure that I want to.

Eve was viciously, violently murdered at the age of 21, and I worry that the second that I reconcile that with normality in my mind I will somehow contribute to the finality and the brutality of it all. It’s absurd, I know, but the idea of a world in whichEve’s murder is no longer so much as a thought in our minds, is somehow worse than a world in which I see her face, and imagine the terror of her final moments, every time my focus wanders.

I suppose it’s an attempt to make my reaction an accurate reflection of the world. This is, after all, a world so brutal, and so senseless, that the body of a young, healthy woman is lying broken in a morgue in France, and the man who put her there is still talking to his loved ones, feeling air on his skin, and comforting himself in sleep and love and distraction. I feel like I need to maintain a certain sickness just to fit into this place.

She must have been so scared. To be killed by an axe, of all things, by a man who had decided that she was better off being dead than being happy without him.

I know it isn’t rare. I know that women die in Australia at a rate higher than one per week as a result of domestic violence. Obviously, I’ve always known that to be horrifying and unacceptable. Now, however, my rational thoughts are connected to a deep, immediate fear, rather than to the background discomfort of knowing the statistics. I am reminded of the thoughts I’ve had many times before, and now they make my hands shake. Things like the fact that no matter how much I exercise, I will never be able to prevent a full grown man from hurting me, if that’s what he wants to do. That there is nothing I can do which guarantees that I can maintain control over what happens to my own body. That obsession and entitlement is prevalent in so many of our relationships, and is inevitable in the end. That by interacting in society, in even the most basic way, we are exposing ourselves to the risk that we will attract the attention of a man who will cast us as the damsel in his fairy tale romance. That these men might decide that their fantasies are more important than our happiness, or our freedom, or our lives.  That there is no safe course of action, no preventative measure great enough to keep women safe from these delusions and desires. That no matter how careful we are, no matter how clear our judgment may be, there is never a guarantee that we are safe.

We all live in this world. We live in a world in which Eve has been killed, and in which soon enough we will, for the most part, think of that fact with the same clinical detachment we use to discuss historical battlefields. A world in which risk is ever-present, where fear is unavoidable and accepted, and in which statistics somehow don’t represent people in our minds until the slowly rising death toll finally claims someone that we know.

Rest in peace, Eve. The world is sadder, bleaker, and more frightening without you.

* Names have been changed to protect identities.