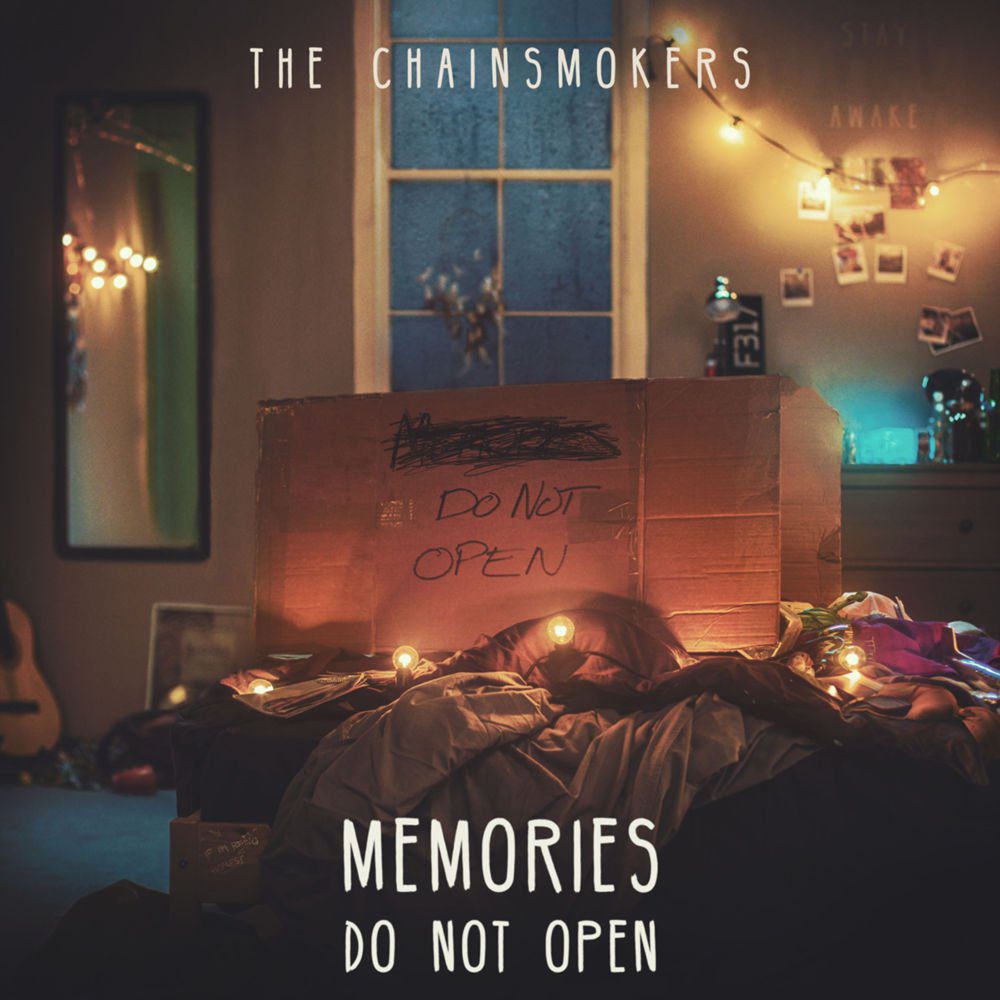 It’s the refrain that soundtracked 2016, a fart from the dying corpse of EDM. We’ve all been known to slur that chorus before sunrise in Mooseheads, in a hedonistic spin of giddy synth lines. And just in case your quota for passionless pop music hasn’t been reached, I have good news. The Chainsmokers have released a debut album.

After ‘Closer’, the New York duo seemingly launched straight into a clear mission: assemble 40 sickening minutes of wash-rinse-repeat pop drivel. And boy, did they succeed. On Memories… Do Not Open, The Chainsmokers sound like they shared a bottle of kid’s-strength Dimetapp before trying to recreate Flume’s biggest singles.

The lyrical tactics follow a fairly straight formula. Frontman Drew Taggart jumbles up some overused clichés about teenage life and rearranges them in the way that is most likely to shoot him up the Billboard 200. Like a 21st century version of Chinese water torture, each track slowly pushes you deeper into Taggart’s stunningly mundane life. ‘I’ve been drunk three times this week,’ he seemingly brags on ‘Bloodstream’, a fact that will fail to impress anyone out of primary school. He also spins a narrative about a ‘crazy ex-girlfriend’ character, someone who tries to ‘break up every night and then fuck me back to life.’ I hope you wear protection, buddy.

And when there is a respite from Taggart’s fragile moaning, the alternatives are rarely better. Featuring on two tracks, Emily Warren fits snugly into the ‘diet Halsey’ category, with bonus sneering and nasal vocal inflexions. On ‘Wake Up Alone’, vocalist Louane is inexcusably dressed up as a desperate suitor over a Hudson Mohawke throwaway instrumental.

But, by God, the worst feature comfortably sits with the delusional mess that is Coldplay’s Chris Martin. With lyrics seemingly ripped from a child’s motivational picture book, Martin slurs with the passion and energy of a sea slug. I honestly hope he received a nice fat cheque for this feature because that’s the only reason I can see for the mighty falling this far.

To be candid, this is a collection of songs that ranges from barely passable to pure steamy garbage. To make matter worse, however, it reeks of toxic frat-house bullshit that I thought 13 Reasons Why was training us all to hate. The duo was labelled ‘the Nickelback of EDM’ by Esquire last year, and this album makes that claim all the more concrete. It’s a narcissistic undermining of the genre, as well as a lazy and borderline sexist approach to romance songwriting.

And there we have Memories… Do Not Open: a rushed and passionless presentation of recycled vocal inflexions, stale synthesisers and a healthy dose of woe-is-me. ‘But it’s hard when you’re young,’ Taggart pleads on the penultimate track. I can picture him whispering himself this mantra while deciding what Ralph Lauren polo to wear tomorrow. Tell me more, Drew.