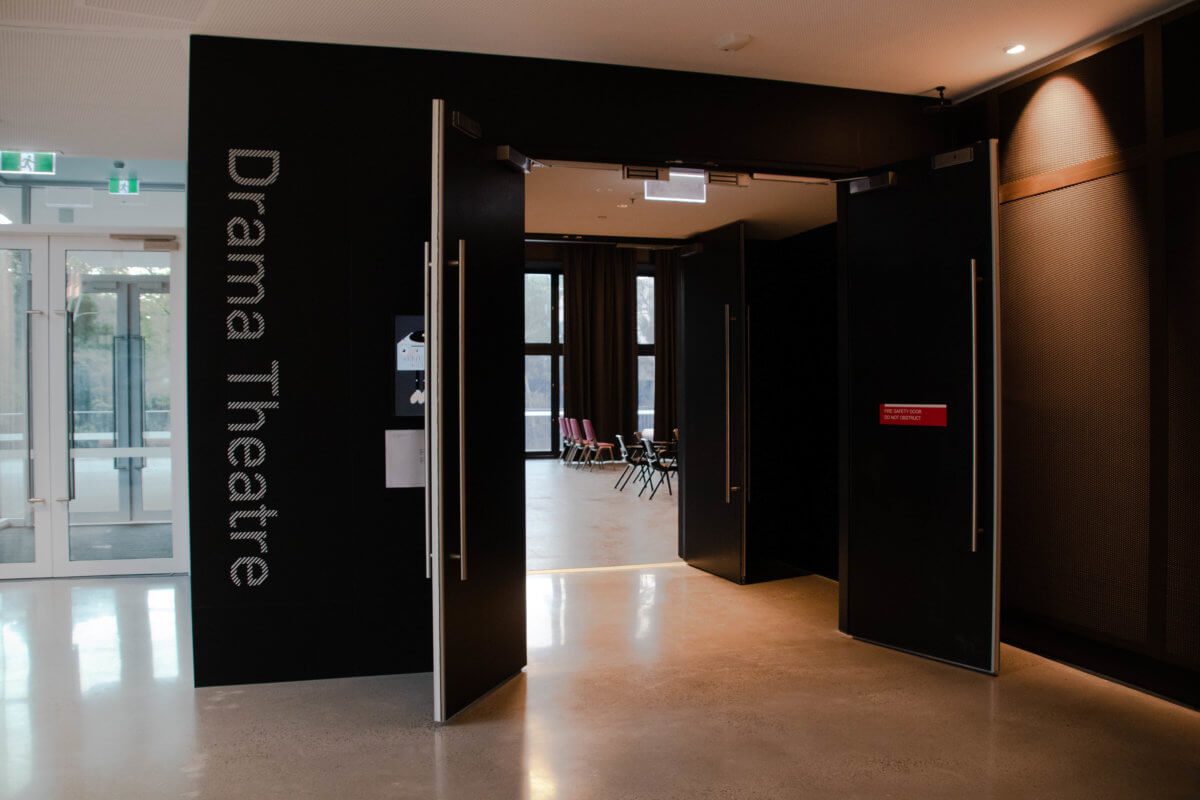 This is not my first time writing in defence of the arts at ANU.

In 2016, when the ANU revealed their plans to destroy the Arts Centre, I wrote an impassioned defence about how doing so would silence artistic voices. The #savethearts campaign was partially successful, as it convinced ANU to include a theatre in its plans for the Kambri Precinct.

Three years later, it’s time for me to return to my metaphors and persuasive prose, because the ANU theatre community is once again under attack. It’s not because ANU built a large theatre that acts as a lecture hall from 8am-6pm every weekday or a black box theatre with a giant glass wall and flat seating or because the amphitheatre won’t be ready until it’s zero degrees outside. It’s because student societies are being priced out of being able use these spaces at all.

According to a draft booking procedure document recently acquired by Woroni, the current cost to an ANUSA or PARSA affiliated society that is not the ANU Film Club or National University Theatre Society looking to put on a performing arts production in the new Kambri Cultural Centre is $8,400 per week for the Drama Theatre or $19,600 a week for the Manning Clark Theatre. That week would involve bumping in, tech runs, three or four performances and bumping out. It would be unlikely that a show could execute all that is required in less time. Usually, a show needs even more time in its venue than that to avoid plunging its entire production team into a state of sleeplessness and pure exhaustion making sure that the show can go on.

These are only draft figures so there is still so much uncertainty surrounding the future of several ANU productions. We are halfway through semester 1 and we still have no idea exactly how much any of the Cultural Centre venues are going to cost. This means that shows can’t finalise their budgets or apply for grants. Whatever the final Kambri figures are, it’s looking like they will be higher than the average student theatrical society can afford.

Even the arts at ANU outside of theatre is not safe. 2018 saw the loss of several degrees in the College of Arts & Social Sciences, including the Diploma of Languages and PhB Arts. This comes long after the cut to studying drama at the ANU that happened before I even got here.

We are halfway through semester 1 and we still have no idea exactly how much any of the Cultural Centre venues are going to cost.

At first, I didn’t want to write this piece. After the ANU supposedly listened to the #savethearts campaign but left us without a theatre on campus for three semesters, I thought that writing a piece like this would be a waste of time. I am only one person.

But the more I talk to the rest of the ANU theatre community, the more I become convinced that my experience is reflective of the community as a whole. Since the destruction of the Arts Centre, every performing arts society at the ANU is scared about its future.

I think back to our final days in the Arts Centre. In April 2017, I would get there every day at 5pm. Rehearsal didn’t start until 6pm, but there were always people already there by the time I arrived. A few cast members would be on stage running a scene for the thousandth time, the producers would be huddled over a laptop checking our QPay ticket sales and someone would be up on the scaffolding painting part of the set.

In the lead up to Into the Woods opening on May 3rd, I felt like I lived in that theatre. It was the last place I visited every day and the first thing I thought about every morning. For its final days, it was home to 17 cast, 35 orchestra members and 11 crew.

Later in the same year, I was asked about time management in a job interview. I ran them through my average day working on the show and told them how I did four courses at the same time and got my best grades to date. When I got to the end of my answer, all they asked me was, “What was the show?”

I got the job, so clearly, I got something out of my involvement in ANU theatre besides my own enjoyment.

I’m annoyed that this community needs to keep proving itself over and over again, keep fighting just to ensure its survival. We have to exert endless energy just to make sure our shows can go on at all. While both NUTS and the ANU Musical Theatre Company have pioneered new workshop-to-performance type programs this year, I hate to think about how much better these could be if we could focus on them. I know at MTC we could be spending more time and funds assisting our Accelerator writing program but for months our priority has been trying to confirm a venue for our main show and it’s looking like whatever option we pick will blow what minimal budget we have.

I’ll admit it: without its theatre community, the ANU world will keep on spinning. I’m sure it wouldn’t affect enrolment numbers, QS rankings or accommodation offers. The ANU would look exactly the same on the surface.

But inside most of us, something small will die. We might not realise it at first, but we’d wake up halfway through the year when it’s production season and notice that something was missing.

The ANU theatre community is bigger than you think. It’s everyone who is part of a residential hall who has a college play or musical. It’s everyone who studies at an academic college who puts on a revue to crack intellectual, nerdy jokes that no one else would get. It’s the women at ANU who get to come together in solidary for the ANU Women’s Revue. It’s people of colour celebrating their culture and heritage at the ANU Ethnocultural Revue.

Even the med students, who spend approximately 23 out of 24 hours a day either in class or studying, cannot live without theatre. Perhaps it is Med Revue that has been affected most by the soaring cost of theatre at ANU, given that they donate their profits to charity each year.

Those who think I’m making a fuss about nothing are probably illegally downloading ‘Game of Thrones’ or using their ex’s Netflix password as I write this.

I hope this is the last time I have to defend ANU theatre. I hope that I can come back in five years’ time, when I have finally graduated, and watch MTC’s production of Hamilton and NUTS’ production of The Curious Incident of the Dog in the Night-time before they each get 10 CAT Award nominations.

At the moment, I sincerely doubt it.