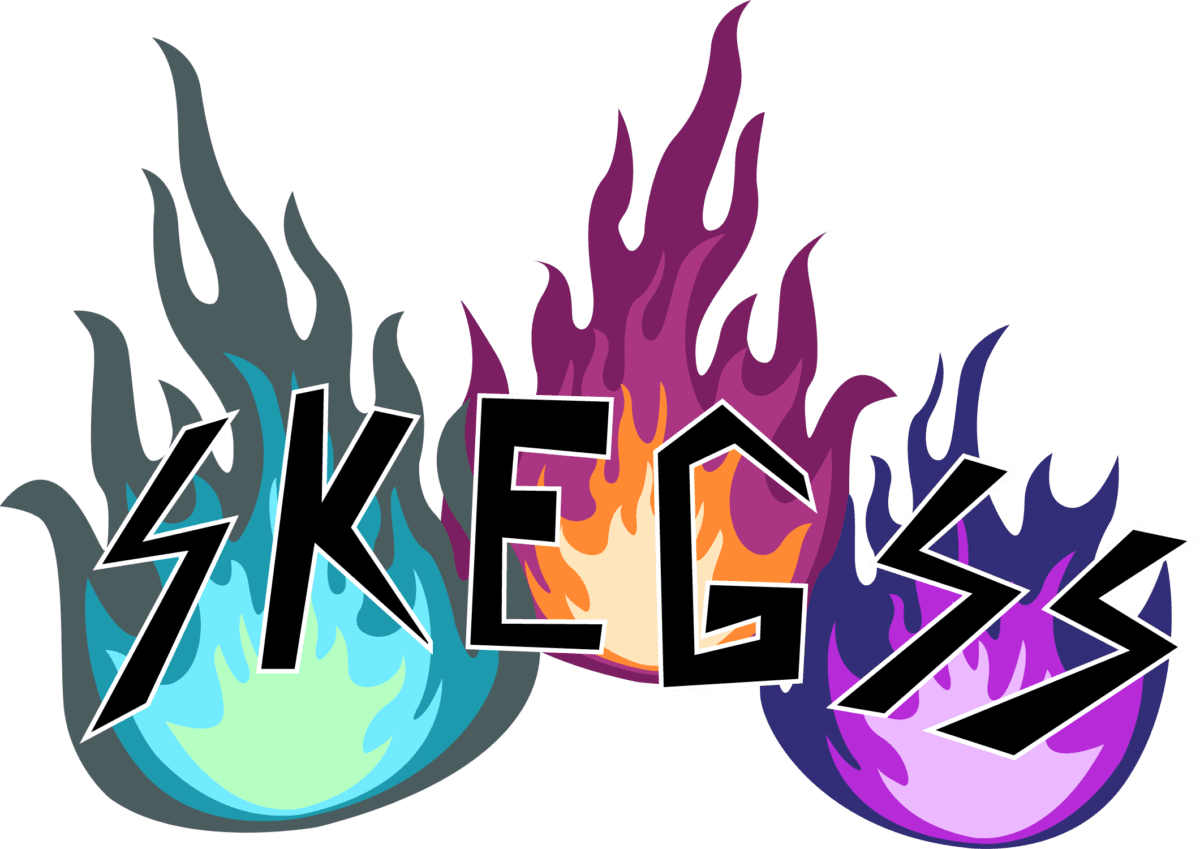 Rehearsal is the second studio album from Byron Bay band Skegss, coming off the back of 2018’s My Own Mess. Since breaking out in 2013, the trio; Toby, Benny, and John have continued to affirm themselves as a consistently enjoyable Australian surf rock band., The band has playeding sold out shows in Australia and Europe, signeding with international label Loma Vista, and baggeding an ARIA nomination for Best Rock Album.

While sonically Rehearsal may be a step in a different direction for the band, at its core the album encapsulates the themes that listeners of Skegss have related to since 2015’s 50 Push-ups for a Dollar. The uncertainty of looking towards the future, drinking (and eating) with mates, and the ups and downs of growing up are all ideas woven throughout the record, explored with the subtle and unpretentious lyrics that have come to epitomise the band’s writing.

The album opens with Down to Ride, a simple musing on the experience of living, and only getting to do it once. The chorus asks if we’re down to ride, and down we are, as the rest of the album continues to probe questions about life and our experience of it.

Stand out upbeat and catchy songs are Valhalla, Bush TV, and Under the Thunder, all put out as singles before the final album release. One can just imagine the mosh of sweaty men and women bouncing around and singing “Well, this world makes me wonder, Yeah, it all seems so excitin”.

The rest of the album is quieter, gentler even.

Things start to sound a bit more country on Sip of Wine, where the guitar sounds like a gallop and the tambourine is plays subdued. Benny sings “if you got things that you don’t use then put them to use or sell them up instead of collecting dust and make some space in the space”.

The contemplative lyrics of Running from Nothing, Wake Up and Fantasising place us in the world of dreams, memories, and the imagination. Wake Up is a beautiful exploration of finding your voice, set to the backdrop of a single guitar, similar to earlier songs such as Stranger and Heart Attack.

It is on tracks like these that Skegss highlight their depth as musicians, capturing the angst and ambivalence of being young in a way that is thorough yet light “I fell out of a dream,

I must have landed on my sheets, ‘Cause I woke up right where I went to sleep”.

The album concludes with Lucky, a soft serenade featuring delicate whistling and harmonica perfectly capturing the youthful experience of love with the lyrics “lucky star of love, I don’t care if you’re a satellite, because tonight you’re more than what you are.” We’re left feeling warm and nostalgic, smiling to ourselves about memories that we won’t get to live again.

Rehearsal is a cohesive album that is less headbanging-y than what we have come to expect from Skegss but stays true to the core of what makes Skegss the loved band that they are. It’s youthful, laid-back, and light-hearted while still effectively capturing the essence of the unknown future of growing up.