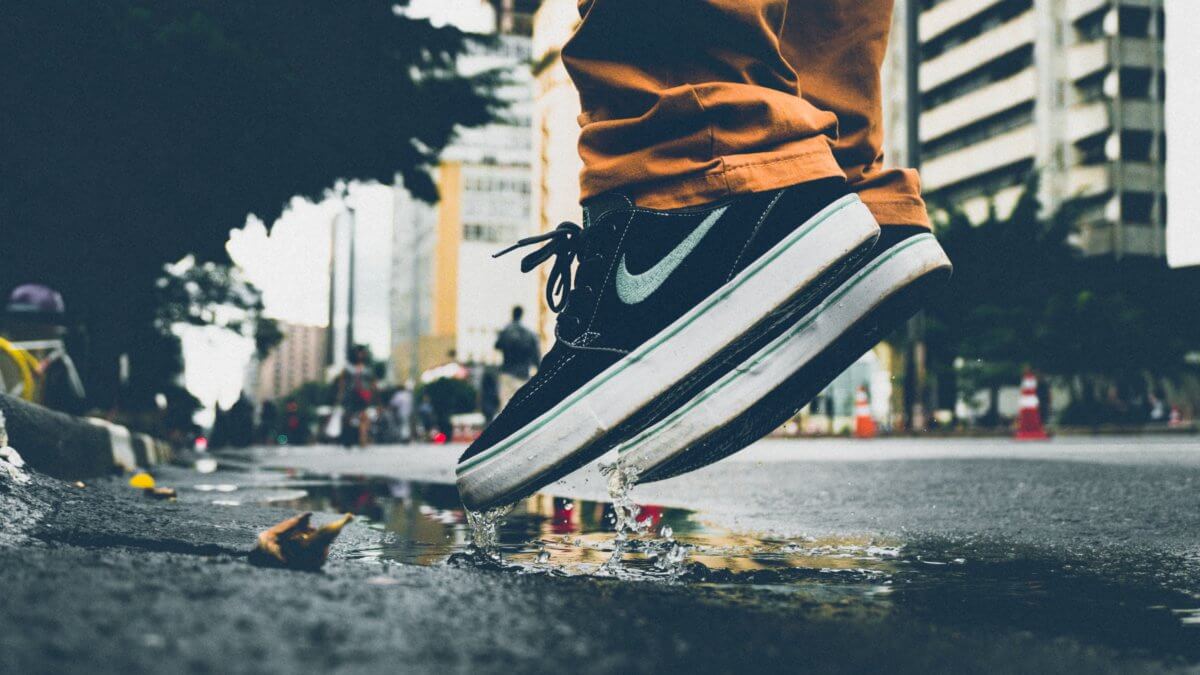 Nike’s recent advertisement featuring Colin Kaepernick, the US NFL player who protested racial injustice and police brutality by kneeling during the National Anthem in August 2016, has sparked notable backlash. The advertisement, which features a black and white shot of Kaepernick captioned with the words “Believe in Something. Even if it means sacrificing everything” seems to express support for Kaepernick’s activism, taking a stance on deeply fraught issues in the US. This high-profile campaign by Nike begs the question of what role, if any, should corporations play in social justice and activism?

The Kaepernick ad campaign has led to calls by some to boycott Nike, with outraged individuals on Twitter posting about setting their Nike shoes alight and cutting the logo off Nike-brand socks. It’s drawn the attention of Donald Trump, who tweeted that “Nike is getting absolutely killed with anger and boycotts”

Despite this, it’s been reported that online sales of Nike products increased after the release of the campaign. Although it’s uncertain whether the increase is directly related to the Kaepernick ad, it indicates that Nike is not doing too badly. And, all the attention directed towards the campaign has created an avalanche of free publicity.

It seems that there are significant benefits to be gained from taking this stance, despite the risks. Even if a number of consumers are alienated by the support for Kaepernick, Nike’s alignment with a social justice cause means it can fashion itself as a bold, socially aware and progressive brand, and having this image may well prove profitable in the long run.

The fact that profit is such a key driver of action complicates corporate activism. Wariness and scepticism are needed when thinking about whether corporations should be advocating for social justice issues, in the way that Nike has, particularly when considering how they are often implicated in many social justice issues themselves.

Criticism of the use of sweatshop labour alongside other ethical issues have long been problematic for Nike – indeed, a desire to shake the image of an unscrupulous corporation may be a motivating factor for the recent campaign’s overt support for Kaepernick and his cause.

Recently, Nike has come under fire for claims of gender discrimination, as well as for withdrawing from its commitment to the Worker Rights Consortium, an organisation which independently monitors factories and provides a means for workers to have grievances investigated.

These issues make the social justice stance taken by Nike in the Kaepernick ad appear somewhat superficial, as it indicates a lack of holistic commitment to addressing social injustice, including that which the company itself perpetuates. Perhaps instead of posturing about certain issues, corporations like Nike need to first look at the ethics of their everyday practices.

In spite of these problems, could the campaign still have some merit or positive impact? By supporting Kaepernick, and ostensibly taking a stance on the social justice issues he protests, the high-profile campaign could help generate support for these causes or otherwise have an impact. Rolling Stone writer Jamil Smith has said in a series of Tweets that, “Is this a corporation seeking to profit off of the pursuit of social justice? Yes. But this accomplishes one thing that could be important. The NFL is now facing pressure from one of its biggest partners to end its collusion against Kaepernick. Nike makes the team uniforms.” He also brought up how by taking a political stance Nike proved itself a company that was willing to support people in the pursuit of social justice and civil rights and this serves to strengthen the trust between the consumers and the corporation.

This shows there may be a meaningful outcome from the campaign – and perhaps that it counts as a win for social justice and civil society that a powerful corporation is publicly throwing their weight behind a figure like Kaepernick.

Though these are important outcomes to consider in weighing up the issue, the problems of self-interest and hypocrisy of big businesses being involved in corporate social activism are still pressing. Ultimately, when it comes to the part that corporations have in matters of social justice, attention should be primarily focused upon their own role in injustice, like gender discrimination, commitment to ethical labour practices, and more – and, ideally, any improvement on this is not just done as part of a marketing strategy.