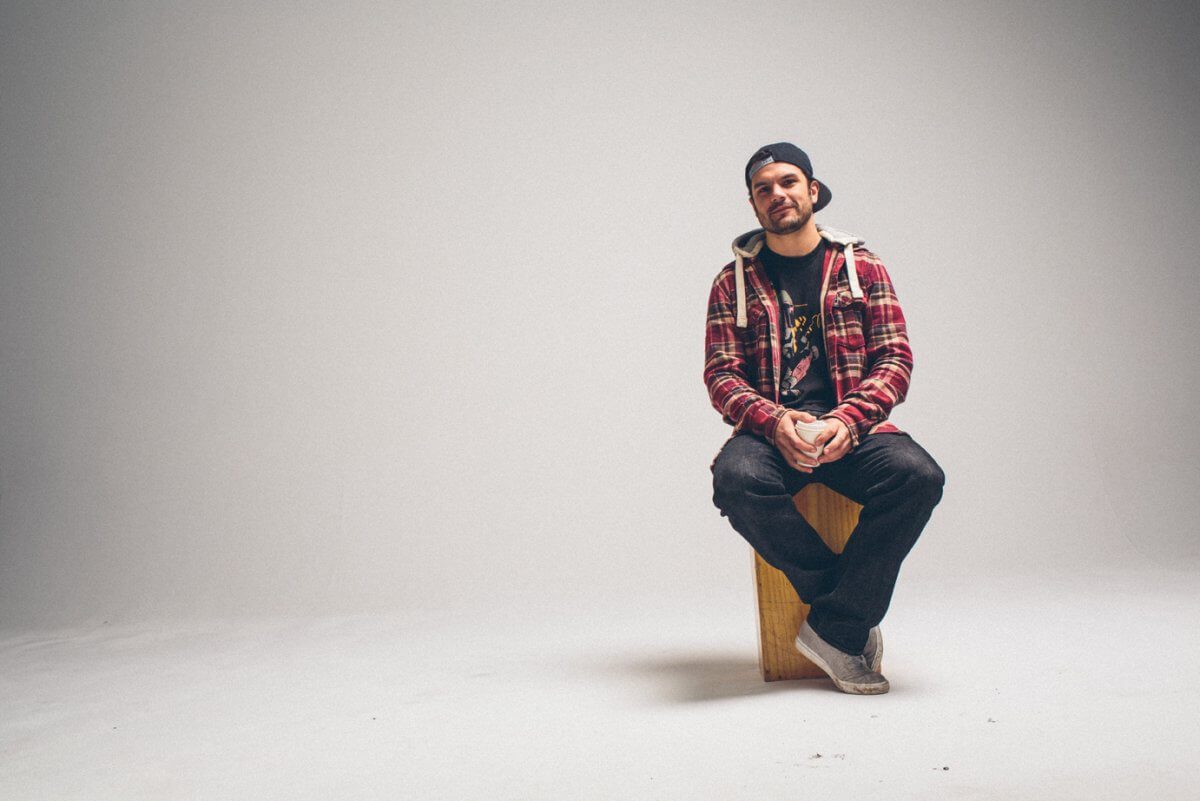 Seth Sentry has always had the type of fan base that many Australian musicians would envy. Maybe it’s his song content: more often than not, a witty blend of Aussie-adult blues and nerdy pop culture references. Or perhaps it’s his humour, with hit songs that have invariably toed the line between tongue-in-cheek satire and cringe-worthy novelty rap. It could just as easily be his image, which has one foot in the ‘Melbourne hipster’ camp and the other with the Aussie lad-rappers.

Whatever the reason, this fan base turned out in force at Canberra’s Transit Bar. The atmosphere was markedly different to his last visit to the capital, where he and Remi put on a stellar show at the ANU Bar. The bar was tightly packed, dark, and filled with enough five-panel hats to stock up a 2012-era General Pants store.

Despite being an established solo artist, Sentry leant on his DJ and companion, Sizzle, more than ever. The duo are known for their playful onstage banter and rehearsed tidbits; however, with Sentry being out of album cycle and playing to a small crowd, something didn’t quite feel right. It was the first show of the tour, and the normally proficient team looked rusty and apathetic.

This isn’t to say that there weren’t highlights. The red curtain décor on stage made the rapper’s reference to cult TV show Twin Peaks resonate deeper than ever on ‘Vacation’. With the crowd physically so close to Sentry and Sizzle, there was an added sense of intimacy and personality that their festival slots cannot provide.

Sonically, certain songs gained intensity in the cave-like atmosphere of Transit. In this context, ‘Hell Boy’s chest-beating braggadocio made the 2015 single seem more than ever like Australia’s answer to Kendrick Lamar’s ‘Humble’. ‘Play It Safe’, Sentry’s newest single with which his tour shares a name, employed some interesting crowd interaction to provide some extra originality.

However, in most areas, the duo performed well below their best. DJ Sizzle was unimpressive on the decks, often stopping songs at poorly-judged times for an attempted sing-along. Sentry’s jokes fell flat, most notably when he attempted to compare working in hospitality to the Holocaust. The man who once represented a quirky face in Australian hip-hop now looked more ordinary than ever. At one point, my friend turned to me and muttered, ‘I think this guy is just a shit Australian Macklemore,’ and went to buy another beer.

The opening track from Sentry’s debut – and best – album, This Was Tomorrow, is ‘Campfire’. The lyrics speak of a semi-dystopian modern world and the dismay of everyday banality. In its chorus are the lyrics ‘Wash, rinse, repeat’ seemingly spat ironically in a desire to break free from conformity. It was sad, therefore, to see a thoroughly wash-rinse-repeat performance from Seth Sentry in front of a crowd of his most devoted fans.