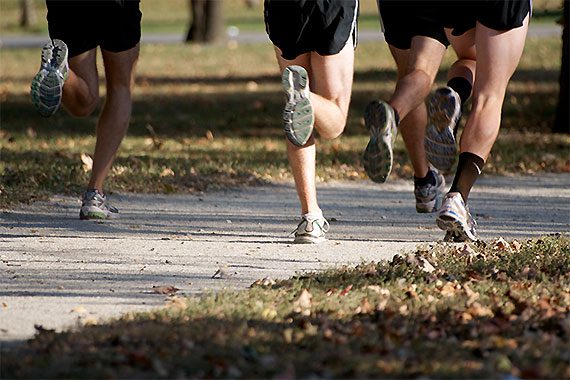 Inward Bound. IB. Two letters that conjure up so many different thoughts and feelings. For me, they’re thoughts of the organisation, feelings of stress, and hours in the car. They’re about checking out possible locations for practice drops, spending hours poring over maps, looking at possible routes, and challenges.

For the last six months, IB has been all-consuming. Chatting to runners about how their bodies are holding up. Chatting to them about their stress levels, and how they are managing the training workload with their study workload. It’s been tough, for everyone involved.

I sit back and think about EndPoint, watching them all come in, team by team. Arms raised in triumph, regardless of the place they finished. And rightfully so, because they’ve pushed themselves to the very limit. Not all uni students sign up for this experience – being dropped in the bush in the middle of nowhere, blindfolded with only a map and a compass, and race to the point they’re given. Normal uni students haven’t been up for 36 hours, on a cocktail of painkillers, caffeine, sugar and carbohydrates, as they stumble around in the dark, trying to make their way home.

That doesn’t mean it’s been smooth sailing. For every runner that makes it to EndPoint, two runners put the effort into training and will never get to run the race. Injuries, fitness, speed, commitments, and timing may all conspire against them to prevent them from being one of the final 28. IB is so much more than just those 28 runners, and that’s why. There are runners from each college who never make the team. There are the supporters who volunteer to drive out on practice drops. There are the roommates and neighbours who help make sure there is a bit of food left in the fridge for when they come home from a run at 2am. There are the group assignment members who might have to pick up a bit of slack for that paper due the day before the race.

There are people at college who have never heard of IB before this week. They’ve seen the crazy runners coming back from training, but they’ve never put two and two together. Until now, standing at EndPoint, dragged out of bed at an unpleasant hour because of a promise to an SR about getting involved and coming. They’re standing at EndPoint because one of their friends has been crazy enough to give it a go, and made the final cut. They’ll be coming in soon, exhausted but triumphant.

I stand at the recovery session, chatting to the runners. They have all manner of injuries today. Sprained ankles, twisted knees, pulled muscles, ruined tendons. Many of them can hardly walk. Yet they smile and laugh and joke, standing in the icy pool, and I lock eyes with one of them. They are all thinking one question now: ‘Was it all worth it?’

Inward Bound took place over one weekend, with the EndPoint at Denison Campground. A new adventure: IB going alpine. At 5pm on Friday, Division 1 runners entered B&G, to be dropped out in the wilderness, in the Namadgi National Park, to run the best part of 100km over the following 24 hours. Division 2-7 would follow over the following 6 hours, to be dropped varying distances from Denison Campground, with the expectation they would return before 7pm on Saturday.

Most of them did, some, much faster than expected, with a stroke of genius in the navigation (Johns Division 3, Griffin Division 1), or just by working cohesively as a team to finish quickly (Burgmann Division 7). All in all, 224 runners were out in the wilderness. They came to Endpoint, trickling in, all kinds of injuries and pains with them, but all with the same sense of triumph.

Griffin Hall may have taken out the marquee competition, Division 1, but Burton and Garran Hall were the overwhelming winners. The Redbacks took out multiple divisions on their way to defending their 2016 crown. Johns, Burgmann and Bruce all returned to their form as IB powerhouses, while Ursula, Fenner and UniLodge all languished towards the bottom of the standings.

It’s an interesting point of difference. In many ways, 2017 was a triumphant IB for UniLodge. For the first time since 2014, they fielded a team in all seven divisions. Despite that, they had two teams outside the cut-off time, and didn’t place higher than fifth in any division. While Fenner did better on the scoreboard, they also did not challenge for overall honours. And yet, to those two colleges, it seemed like there was more to Inward Bound than the result. It was about the camaraderie, the teamwork, and the success of pushing themselves harder than they imagined at the beginning of the process.

And to me, that’s what makes IB great. It isn’t just watching colleges come home, and sweeping the field. It’s about watching regular people, regular uni students, push themselves through massive physical challenges. Navigating in the dark, crossing rivers, wading through swamps, climbing mountains, running 25-110km, and being awake for 36 hours. These physical challenges seem so huge, but we watch 224 uni students complete them with a smile on their face every year. And that’s what makes IB great, and that’s why it’s special to the ANU.