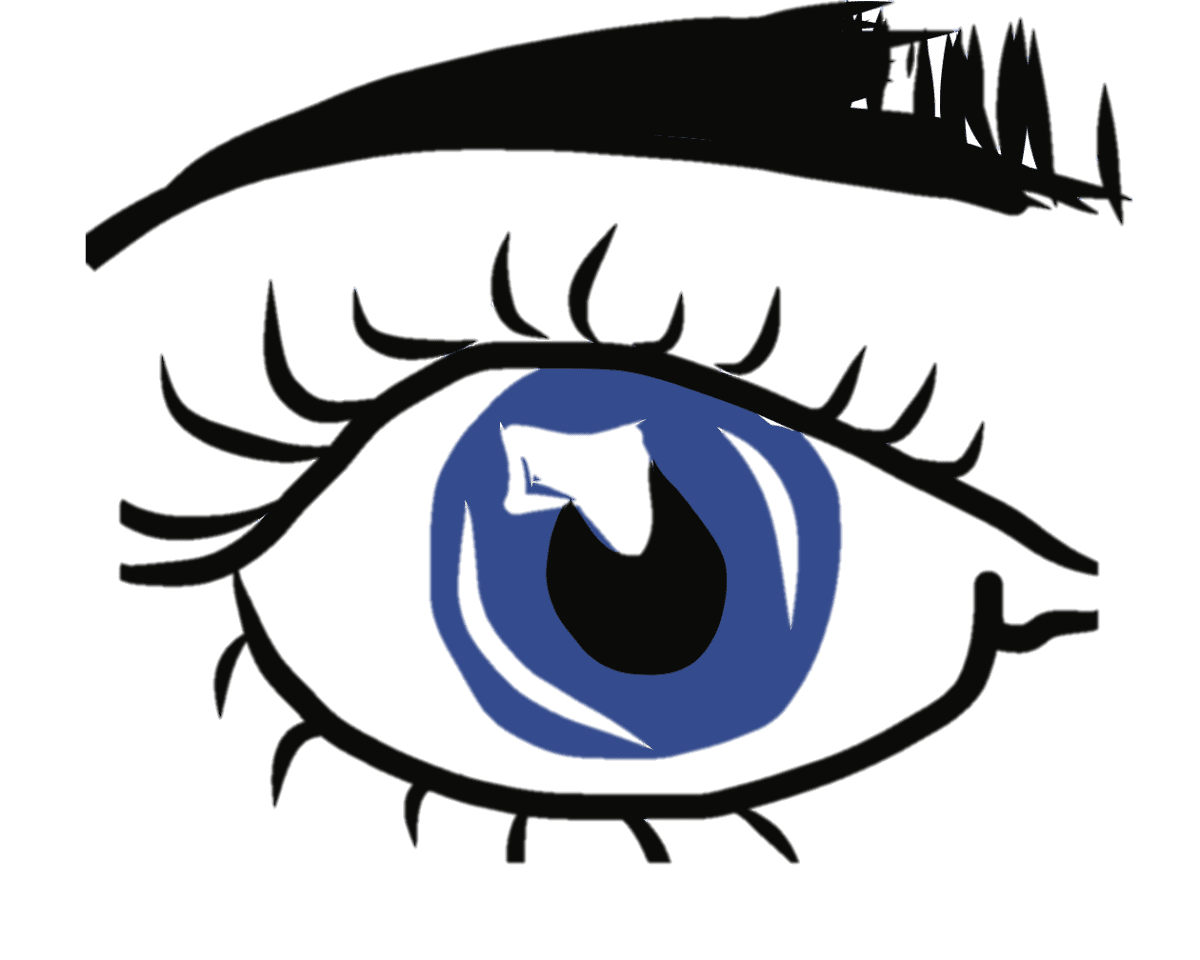 Belinda’s eyes met their reflection in the TV’s dimly lit glass. Her irises, normally blue, were turned black by the bodies of the people on the screen. From this angle, her eyes formed neat little almond shapes. Pleased, she looked around the room. She watched to see if anyone else had noticed how nice her eyes looked today. She tended to collect the approving gaze of others. Compliments were kept, and insults swallowed by an intentional amnesia. She didn’t like to think of herself through a critic’s eye. She disliked the sting. The other women in the waiting room were too occupied watching their own reflections to be jealous of Belinda’s.

Suddenly conscious of her voyeurism, Belinda’s eyes narrowed as they turned back to the muted TV. She watched images of figures as they were thrown against the ground. Their bodies were superimposed against the white sterility of the waiting room. A closeup showed paramedics covering the face of a man in a stretcher. His nose was cracked open, turned blue. Belinda covered her own nose self-consciously, not wanting to see it until after the operation. She considered it too bony. It lacked the plump vitality that it held in her youth. She saw tiny people running down across the TV screen, their arms held up in surrender. How pretty her freckles looked against the clouds of smoke rising from the edge of the frame.

The synthetic red light coming from the screen fell a few centimetres short of Belinda’s face. It was soaked up by the waiting room’s fluorescence before it could land and stain her skin. Belinda watched. Her appointment wasn’t for another half hour, but she’d always appreciated punctuality. She wore her promptness like a badge. She searched the TV screen, looking for the time. Frustrated, she saw that the four little black numbers on the corner of the screen blended into the footage behind them and became unreadable. She glared at the footage of painted cardboard and raised fists, willing them to go away. She needed to know the time in order to determine how long she had left sitting stiff against the hard backed chair. The waiting room was starting to turn oppressive. Belinda was beginning to notice that her skin sagged in contrast to the sharp angles of the other women’s faces. She pushed her hand upwards across her face, remembering how her nephew had thought that she was the same age as her older sister. The television blurred and unblurred as her eyes slid in and out of focus. Her fingers gripped the inside of her palms. She wished that she could know the time. She was good with time. Better than most people she knew. Suddenly, the screen cleared and her breathing began to slow again as she focused on counting down the minutes.

Twenty seven minutes until the appointment. Belinda continued to watch. The bright lights on the screen were a happy distraction from the empty buzz of the waiting room. Headlines traversed the bottom of the screen. Belinda saw the word ‘death’ and the word ‘brutality’ and the word ‘George.’ The last word, she rolled around in her mouth. It tasted bitter. She’d known a George once. Anxiety ticked behind her eyes. She remembered a man, a ring, a cloth-covered coffin. She remembered when her eyes searched for more than just their own reflection. The man had taught her that if she watched a person for long enough, their face would start to tell stories.

Belinda furrowed her brow and this time didn’t worry about the frown lines it would cause. Her fingers uncurled themselves from the inside of her palms. They reached again towards her face. This time, her fingers traced their way over curves and ridges. They met wrinkles and eyelashes and remembered that the man had felt them before her. The waiting room dimmed. Belinda looked upwards, meeting eyes on the screen. These eyes were young. These eyes were hurting. Through tears, they looked pleadingly at Belinda. Belinda looked back. The girl called her name.

Belinda pulled away from the screen. What a pretty nose that girl had, she thought, before following the nurse into the surgery room.