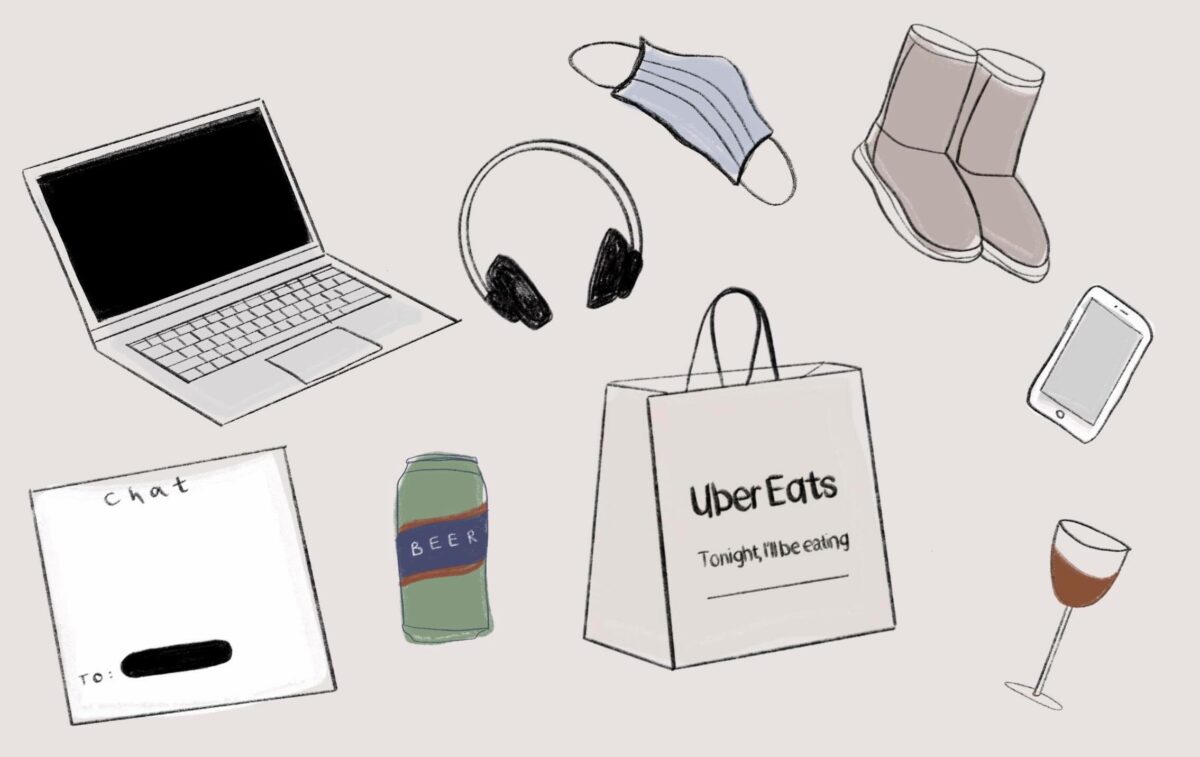 Welcome back to the second half of our two- part series of things that have pulled us through this pandemic so far. Again, you may be wondering why this isn’t actual academic advice. But looking after your mental health is important, so we hope that you have and will enjoy our recommendations and they’ll help you relax and unwind a little when you need it most.

Something that really pulled me through this pandemic was music, although like many of us, I missed all the concerts and live music events that were no longer going ahead. But, many artists pulled through and presented us with online live streamed performances. Artists like Billie Eilish, H.E.R and Gorillaz held live concerts over the last year. In the coming months, we can look forward to many live streamed performances. Although the tickets are often a lot cheaper for these online concerts, the lack of any audience interaction and the eerie fake applause (if there is any at all), can often make the whole experience feel very impersonal and more like a recorded rehearsal than a genuine performance. But if you’re really missing the music scene these online concerts will definitely make up for it, even if only half-heartedly.

One thing that I really got into with all my free pandemic time were K-dramas. With accessible plots, attractive leads and a highly binge-able format, it was easy to sit for hours watching show after show and roping my friends in to watch them too. One particular stand out that came out at the end of last year was Start-up (2020). The show is one season long and stars Nam Joo-hyuk, Bae Suzy and Kim Seon-ho in the lead roles. Start-up follows the story of Dal-mi as she navigates the cut throat world of tech start-ups whilst trying to reconnect with her first love and prove to her sister that she’s capable of making it. With its high budget, stellar cast and great writing, the show manages to draw you into the dry world of business and somehow make it interesting. The show is also surprisingly humorous despite dealing with serious themes like family issues, disability, and the growing difficulty of ‘making it’ in an ever-shrinking world. Start-up (2020) ends up being a complex and nuanced exploration of family and love, themes that are continually explored until it’s very last scene.

Even though I spent a lot of my time watching K-drama’s, I still had time left to develop another addiction. And that came in late June last year, when TikTok introduced me, and the rest of the world to skincare. Skincare tutorials and recommendations gained traction and popularity, selling out companies like The Ordinary and The Inkey List. Spearheaded by a new kind of “skincare influencer” even doctors and dermatologists weighed in on what routines and products were the best. There’s something very soothing about establishing a skincare routine in an increasingly unpredictable world with the added bonus of retail therapy. Although I will say that many skincare products are often gimmicks and lead to spending a lot of money on unnecessary products that you’re told you need. It also pushes a rather unhealthy beauty standard; that even without makeup your skin should be smooth, glowing and flawless. But if you are interested in diving, I learnt three things that might save you a bit of time and money. Firstly, use a good sunscreen every day! Secondly, just because something is affordable doesn’t mean it’s always good for you and conversely just because a product is expensive or high-end doesn’t mean it actually works. Lastly, tailor your routine for the problems you actually want to tackle rather than buying products that are popular at the time.

As mentioned previously the global pandemic has definitely put the entertainment industry on hold, however one interesting product from this was the 2021 Netflix film, Malcolm and Marie. This was the first Hollywood film ever to be entirely written, produced and filmed during the pandemic. A black and white romantic drama that spans one night, we follow the catastrophic relationship of Malcolm (John David Washington) and Marie (Zendaya) as an argument unfolds after they come home from Malcolm’s movie premier. The film also deals with drug addiction and suicide, so a quick content warning here if you aren’t comfortable with those topics. The movie was filmed entirely on one location with only two characters, with a script primarily written by the director (Sam Levinson). I’ll be honest: I don’t think Malcom and Marie is an easy watch, as it is often punctuated by rambling monologues that can make the film drag. This isn’t helped by the singular location either. Nonetheless, I still think it’s a film worth watching. I recommend it not only for the unique challenges it had to account for, but also, for the chemistry between the main characters and the captivating and intimate performances from both Zendaya and Washington. The whole film almost represents a microcosm of what it was like for the rest of us stuck inside our own houses with the same people and it’s certainly representative of the time in which it was made.

Now if positive reviews aren’t your thing, and you need to be distracted by the worldwide train wreck, then I have just the suggestion for you. Stephanie Meyer’s Midnight Sun was released last year, 15 years after the first Twilight novel was published. Midnight Sun is a retelling of Twilight but written from Edward’s perspective instead of Bella’s. If you had a crush on Edward like I did in my youth, or even if you didn’t, you’ll certainly hate him after reading this. The book is 750 pages of unfiltered and unbroken disgust towards all humans except for Bella and the people she cares about. He also spends a lot of time thinking about how Bella isn’t like other girls because she likes books and doesn’t wear makeup. Which is something we love to see written in 2020. Meyer’s work, especially in recent years has received a lot more attention. This has given birth to a Twilight renaissance of sorts, with memes to enjoy but also more warranted criticism towards the series. Not only for its heavy religious overtones but also the blatant racism towards Native Americans and the thinly veiled misogyny written into every chapter. Based on Midnight Sun, I don’t think Meyer has really registered any of that criticism. If you’re looking to occupy your time with something nostalgic whilst also being infuriated the whole time, then I would definitely recommend Midnight Sun.

That ends our entire two-part series about items that either got us through this pandemic or had to adapt just like the rest of us did. Sabrina and I hope you get your 7.0 GPA after reading and enjoying our insightful recommendations.