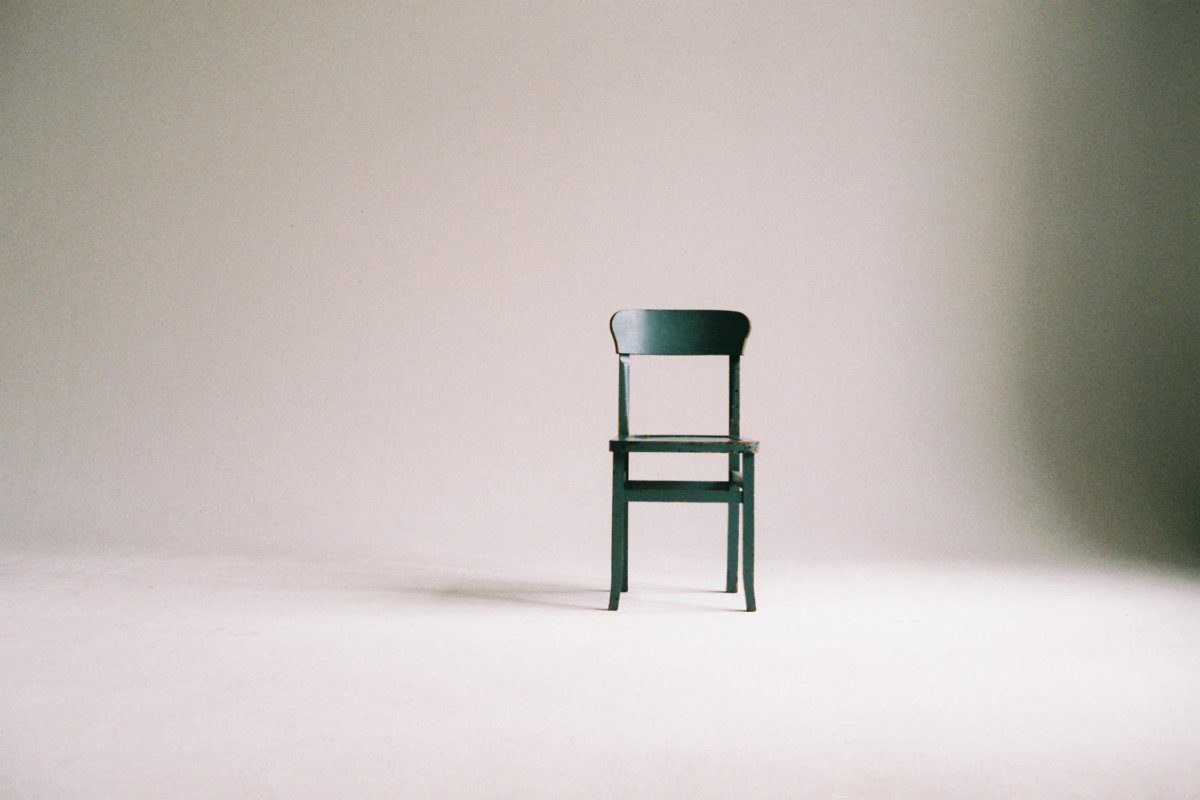 Kiva is running late. It’s no surprise, this happens practically every morning and she feels like the rest of her life should be used to it by now. She can anticipate the feeling of dread when she looks at her alarm clock to see that she’s slept through it once again, and how her head will feel like a ton of bricks when she tries to sit up straight. It’s a wonder she manages to get out of bed at all.
But she pushes through it, because she has decided to like living and wants to see what the world has in store for her today. It’s a brand new day so she wants to get up and meet it.
That is only one voice in her head, of course. All the other hundreds tell her how soft the bed is and how inviting her dreams are. And they can be very persuasive.
But so can the possibility of food, so Kiva manages to get up and pull some clothes on, the entire time while thinking of the bacon and eggs sitting in her fridge, waiting to be eaten. She tries to rub the sleep out of her eyes and she walks from her bedroom to the small, claustrophobic kitchen only to come to a complete stop in the living room.
Josh. He’s lying on the couch, still in a half-buttoned plaid shirt and chinos, out like a light. Who wouldn’t be, at nine o’clock on a Sunday morning? She’d forgotten that he hadn’t made it home last night, because he hadn’t been able to walk straight let alone drive. And she had a place in the city now, and there were certain advantages to that.
Kiva suddenly feels the beating drum inside her forehead, the subtle reminder that she too did not have a quiet night. She’s not doing too badly, though, she reassures herself. At least she’s awake. She doubts that Josh sees a lot of Sunday mornings.
However, just as it’s her duty as best friend to take care of him in the worst of times, she is also entitled to annoy him as much as she likes. This is her roof, after all. He must play by her rules.
“Ow!” he yells as the cushion hits him square in the face. His eyes squint as he takes in the massive swarm of bright white light and he struggles to sit up despite the monstrous amount of effort he seems to be putting into the action. It doesn’t really surprise Kiva when he rolls off the couch and straight onto the floor with a massive thud. She scoffs and fails to suppress a smile.
“Kiva!” Josh yells as Kiva walks through to the kitchen.
“Good morning!” Kiva sings as she opens the fridge and stares at its contents. The open bottle of gin is still sitting on the second-top shelf, half its contents now missing.
A flash appears in her head, of colourful lights and pulsating strobes and a crowd of dancing people. They did make it to a club last night, Kiva remembers with another ache from her head.
But she tries to push that aside, thinking again of bacon and eggs, and begins the search for the drawer where she decided to put all the pots and pans. It seems to have disappeared.
“That was very rude,” Josh says, putting up a chair to the kitchen counter. “What a way to treat your first guest.”
“Boo hoo,” Kiva teases. “Next time I’ll make you take a taxi all the way home instead.”
“I’m not denying I’m grateful,” Josh says, taking an apple from the fruit bowl and biting into it, “I’m just saying that you could be a little more hospitable.”
“Now where’s the fun in that?” Kiva turns the stove on and cracks two eggs into the pan. “And I’d watch my tone, if I were you. I’m about to make you breakfast.”
“Did I ever mention you’re my best friend in the whole wide world?” Kiva scoffs.
“Perhaps once or twice, last night,” she says. Josh is what they call an affectionate drunk. Kiva can’t even count the number of times that he’s professed his undying love for her and then woken up the next morning having forgotten it all. She’s not complaining, though. She loves Josh and she knows that he loves her, but it’s still nice to hear every once in a while.
“Whatever. What do you remember?” he asks.
“I’m not filling you in. Figure it out.”
“See, there we go again. Plain rude.” But the kind of love that exists between Kiva and Josh isn’t the romantic kind. They’re not dating, and never have, and Kiva figures that she knows too much about Josh to consider that path anymore. They passed the point of no return a long time again and she’s perfectly happy with that. It’s preferable, actually. Most people find it weird when she tries to explain it, but she likes having someone she can tell her secrets to. That’s more than most have, she realises.
She’s feeling very lucky and very loved until she remembers why she’s up this early. She immediately abandons the frying pan on the stove and rushes back to her room.
“What?” Josh calls out. “What happened to breakfast, Ki?” “I’m late!” she yells, fishing around her room for a jacket, wallet and keys. She silently curses herself for pulling on a pair of pocketless pants. Then again, she can’t remember the last time she bought a pair of women’s pants that actually had pockets.
She rushes for the door, not even caring about Josh anymore who stares at her with indignation.
“Cook yourself breakfast, okay?” she says to him frantically. “Don’t burn the house down while I’m gone.”

Ki stands outside the coffee shop, pacing awkwardly by the door. She’s already run out of time, it’s long gone, but she still doesn’t want to go in. Or maybe she does, but she really can’t make up her mind about it. She’s already gone and agreed to the meeting though, and she can see him sitting inside when she peeks through the front window.
She doesn’t want to see him. She’s known this all along, she knew this when she got his call, when he asked if she had time to meet. She should have said she was busy with the apartment. That wouldn’t have been far from the truth, the place is still full of cardboard boxes and packaging peanuts. Josh would probably be making a snow angel out of them by the time she got back.
But she knows why she didn’t say that. She can’t cut off the source that got her the apartment in the first place. It’s the first taste of independence she’s ever really had, and she’s willing to be restrained by a few things if she must.
Her father sits at a table for four people, as if out of habit, and hides his face behind a large monochrome newspaper. His fingers move to turn the page and Kiva coughs quietly to get his attention.
“Ki!” She can’t really read his emotions. She hasn’t been able to for a while. Right now, she guesses it’s a mix of happiness and uncertainty with a touch of nostalgia.
She gives him a hug hello and sits down opposite him.
“Hi,” she says. “Sorry I’m late.”
“Don’t worry about it,” he says with a wave of the hand. He never would have said that a few years ago. She can remember the countless lectures about punctuality, about respect for the other person and the necessity of sticking to a schedule. But that’s what happens when things change and priorities shift, people start to stop thinking about getting the little things right anymore. Kiva doesn’t mind. She’s not getting in trouble anymore, and the lectures stopped a long time ago.
She sits there drinkless until her father notices and calls a waiter over. He orders for her, something that Josh would like. Kiva’s not a fan of coffee. Her dad should know that.
“So how’s the place?” he asks.
“Looking good,” Kiva says. “Still got a lot to set up, though. It’s taking a while.”
“A place of your own,” her dad says. “Exciting, huh?”
“I guess,” Kiva says, because while it is exciting, she’s not going to forget the circumstances that led to her move anytime soon. It’s a weird paradox: she does want to start her next adventure by herself, but hates the thought of leaving her mother behind. She doesn’t try to explain this.
“I’ve settled everything with the landlord, the rent shouldn’t be a problem. It’s all set up.”
“Thanks, Dad.”
The conversation is civil and there’s nothing inherently wrong in their relationship, but Kiva can’t help feeling like something is missing. She never realised it before, but whatever thread tied her to her father snapped a long time ago and whatever she tries, she can’t connect back.

Eventually her father leaves and she sits alone at the table, staring out the window at the busy streets of Melbourne. There’s endless chatter that fills the coffee shop and the humming of the machine in the background, but the emptiness that he brought is still there. This emptiness is not hopeful, though. This emptiness is sad.