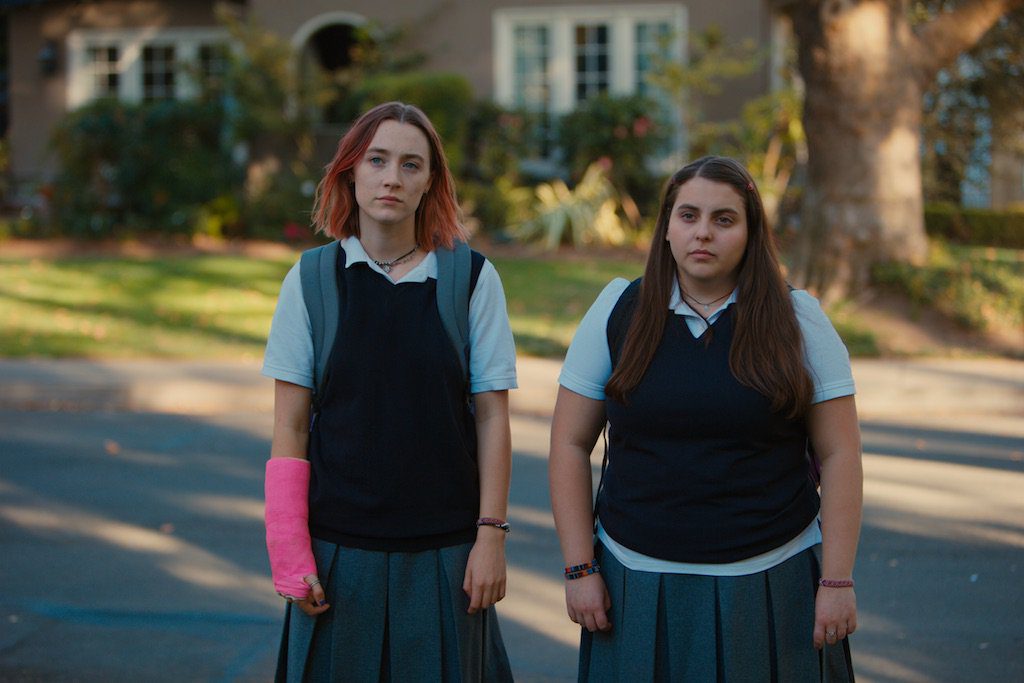 Saoirse Ronan plays the young, determined and quirky Christine ‘Lady Bird’ McPherson who is surrounded by complicated relationships and the unromantic realities of being a teenager. Whilst individual performances are strong, there is something missing from this Oscars favourite.

There has been a lot of hype around Lady Bird: it’s been nominated for awards in a variety of categories, including winning best comedy or musical motion picture at the Golden Globes this year. Walking out of the cinema, I was confused. I knew it was a good movie but it clearly lacked something. The film was being pulled in too many different directions. Firstly, a complex and interesting relationship was developed between mother and daughter, however without fully exploring the character of mother Marion played by Laurie Metcalf . The film then detracts from this interesting relationship by emphasising young romance. The young love narrative of the film is interesting in of itself, the reality of being let down in young relationships and learning that romance is not necessarily like it is in the films. However the competing narratives of the film unfortunately don’t complement one another.

Towards the end of the film Lady Bird’s grand expectations of life in New York after high school are dashed, as she doesn’t suddenly feel ‘complete’ in the place she thought she would feel at home. She even finds herself visiting a church and introducing herself by ‘Christine’ rather than ‘Lady Bird’, possibly in an attempt to grasp at familiarity from her Sacramento home and family. I was not satisfied, however, with this being the climactic dilemma of the film.

Discussing the film with a friend we both realised we thought it lacked a tragedy, both half expecting a death in the family to occur, shaking the protagonist into disarray and reorganisation of her priorities. Dissatisfaction aside, Lady Bird is still a film worth seeing. It still stands as an exceptional directorial debut from Greta Gerwig, with outstanding performances from Laurie Metcalf and Saoirse Ronan. Timothee Chalamet as impressive as ever however with less artistic license compared to Call Me By Your Name. My advice, don’t have expectations of an Oscar winning movie and you’ll enjoy Lady Bird a lot more than I did.