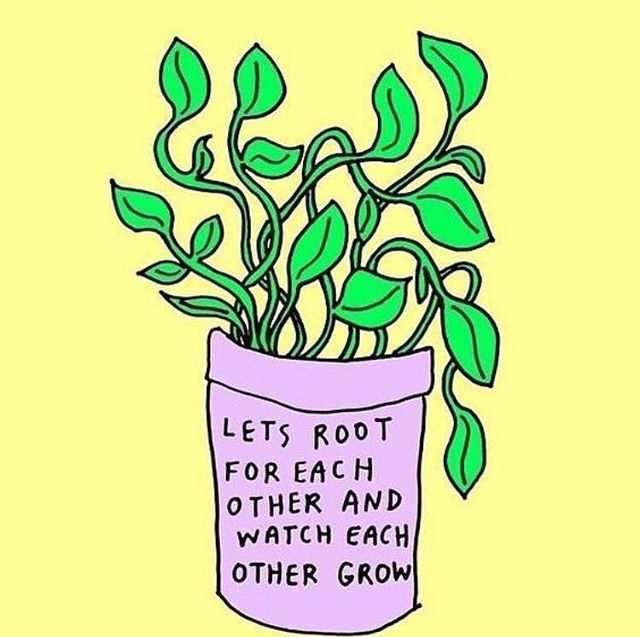 No Reservations: A Tale of Two Sexes

Image from @wo.men4women, an Instagram account/movement my sister and I have started, which semi initiated the fire within me to write this reflection about both sexes standing together for the empowerment of women.

We live in a world full of stigmas.

One in which men do not cry, and women are too emotional to lead. Where girls should not sleep around, but boys should; and God forbid you are a virgin. We believe in the stereotype that men only think about sex, and that women are not phased by it. This is a world where men and women cannot just be friends, and where feminists are man-hating and to be feared.

And what do all these stigmas have in common?

They limit the human mind, and they limit the possibility of change. As social beings we are influenced by those around us as we develop and grow. We strive to function as adequate and proper citizens, and thus, we absorb and embody what we perceive to be the norms on how to be. The issue, however, is that these norms are largely stereotyped and stigmatised, which trap us in dated frames of mind as we oppose political and social reform, rather than enacting change. As stated by Lily Rose Thomas, a junior researcher for I-D magazine, “the year is 2016. Women are still paid 18% less than men, 62 million girls across the world are denied access to education, and women are still much more likely than men to suffer sexual violence. Women’s bodies are used by the media to sell anything from cars to cheese, and young girls are feeling the pressure to be ‘sexy, famous and perfect’.”

And what is more, men are expected to be ‘macho.’ While speaking on the Ted Stage, Tony Porter, the co-founder of ‘A Call to Men’, shared that when he was growing up he was taught that men had to be tough, strong, and dominating. That men were not to show pain or emotions, “with the exception of anger and definitely no fear… that men are in charge, which means women are not… [and] that men are superior, [and] women are inferior.” Ultimately, suggesting that the prevention of violence against women will not be possible until we rethink what it means to be a man. As heteronormativity establishes a set of opposing relations between masculinity and femininity, which conditions the practice of male sexual coercion of young women. Male sexuality is expected to be active, constant and initiating, and what is more, it is viewed as a means to eliminate any association the male may have with femininity or homosexuality.

A severance largely kept afloat through its comparison against female sexuality; which is often defined by its absence. Women, however, are also positioned against a double standard: on one hand barraged with the popular idea that sexual intercourse establishes adulthood, while simultaneously being expected to repress their sexual activity and desires or else be labelled as ‘sluts.’ Additionally, and horrifically, a male’s desire to have sex is being excused as biological, opening the flood-gates and rendering sexual coercion a prominent reality within modern day relationships. The tie between men and sex is frequently being misdiagnosed as natural rather than cultural, and thus is seen as beyond men’s control. This in turn excuses rape as a “‘natural’ outcome of overpowering sexual need[s]… [which are] understood to be so strong as to override what a girlfriend wants and leads to the interpretation of her protest as an impediment to be overcome,” as detailed by activists Myra Hird and Sue Jackson, within their article Where ‘angels’ and ‘wusses’ fear to tread: sexual coercion in adolescent dating relationships.

Excuses are being made and change is being halted because of the collective socialisations of what it ‘means’ to be a man and a woman – i.e. of what emotions and sexualities both genders are ‘supposed’ to hold – that are blindly justified as biological, and thus natural, ‘realities’.

As Tony Porter continued on the Ted stage, he revealed how during his adolescence his brother died tragically. But that it was only after the women had moved out of sight that his father broke down and cried in front of him, and proceeded to apologise for it… Because to be a man means you do not cry, right?

Feminism is not meant to be a competition of the sexes; it is about equality. The freedom of men equates to the freedom of women, and vice versa. We have been conditioned to accept that there is a dichotic mutual exclusion within society; a dichotomy of men versus women, and thus, a dichotomy in temperaments, which undeniably has profound effects. One of which has been the emergence of the negative relationships women have with their bodies.

As argued by Iris Marion Young, a late political theorist and feminist, woman within sexist societies are habitually regarded by others as objects, and as nothing more than a body. Stating that “to open her body in free active and open extension and bold outward directedness is for a woman to invite objectification… [and] the threat of invasion in her bodyspace.” Thus ultimately, it is the attitude of others that denies women the freedom to live with ‘action and intention’. Furthermore, that these attitudes are the root of self-consciousness and the subsequent distance women have with their bodies, as they actively adopt the idea that their bodies are mere things.

But stigmatisation, whilst arguably more profound for women, does not solely gravitate towards them. As detailed by Dr. Herb Goldberg in his book The Hazards of Being Male: Surviving the Myth of Masculine Privilege, our culture has produced ‘male zombies’ whom have lost touched with themselves. Males, he argues, have “confused their social masks for their essence and they are destroying themselves while fulfilling the traditional definitions of masculine-appropriate behaviour.”

Men are being placed in a box too, and this consequently influences their position and treatment of women, cyclically affecting how women respond to men in return.

There is no truly justifiable reason why women are paid less. Why naked bodies are automatically sexualised. Why there a so few lead roles held by women in Hollywood. Why men should be scared to show emotions or weaknesses, or feel the need to hide their mental health issues. There is no reason why we should abide by stigmas that are dated and confining.

The belief that there is a competition between the sexes needs to be overthrown.

So I urge you, let’s have authentic conversations. Let’s talk about these issues, without shutting one another down. Let’s share and be open with no reservations. And let’s initiate and accept change without competition.