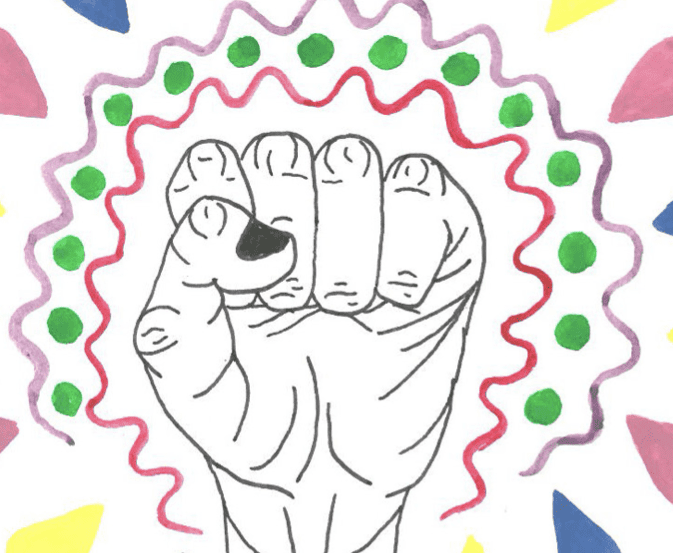 No Pay? No Way! A Play With A Punch

Marieke Hardy’s play No Pay? No Way! was hands down the funniest play I have ever seen. I laughed an embarrassing number of times louder and longer than I should have. But it was just too good. If you need a good laugh, then this play is for you.

Hardy adapts the beloved Italian playwright Dario Fo‘s original play Sotto Paga! Non Si Paga! written with his wife Franca Rame in 1974. Fo wrote this ferocious political satire in 1970s Italy, where the country was facing severe economic and social problems. Stagnant wages and rising inflation meant that many Italian workers couldn’t afford their rent, electricity and gas bills and even basic groceries. Fo wrote a play that called his audience to arms and for workers to fight back.

It is not hard to see the connection Hardy saw to modern-day Australia. Sadly, for many Australians, the rising cost of living means that Fo’s story is not so farcical. Hardy, in her adaptation No Pay? No Way!, while making you almost fall over with laughter, is also calling you to stand up against those lining their pockets.

Set in Italy in the 1970s, the play begins with Antonia (played by Helen Thompson) as she comes home with bags upon bags of groceries. She explains to her best friend Margherita (played by Catherine Van-Davies) that the supermarket management had doubled prices overnight. Angered, hordes of angry housewives including Antonia stage an uprising that sees the shelves ‘liberated’ of food. Before Antonia and Margherita can finish hiding the last of the stolen goods, they are interrupted by Antonia’s husband. Margherita resorts to stuffing the last few groceries under her coat. The two set off on a ludicrous adventure, using their quick wit to explain this mysterious phantom pregnancy, outsmarting their husbands as well as the cops. What ensues is a play that walks the line of ludicrousness, including stories of pregnancy transplants, ‘womb olives’, dog food, a corpse that blows up like a balloon and a Catholic Saint Eulalia. The play is a hilarious political satire with plot-twists and incredible jokes that seem to build and build, creating a thrilling and beyond-funny two hours.

Charles Davis’ set design is perfect, bringing fun to the story. The realistic-looking Milan apartment complex is cleverly put together and portrays both the cheerfulness and the poverty of the characters.

I couldn’t do a review of the play without mentioning Hardy’s brilliant use of the stage crew. At the start of the second act, the crew themselves stage a strike, unwilling to continue with the play. What ensues is a hysterical and ingenious second half with all five main characters having to work together to push the sets around tirelessly. It is inventive and comical and had the audience in stitches.

The cast too must be specially noted. Helen Thompson draws your attention whenever she opens her mouth. Surrounding her is also an exceptional cast. The way both Glenn Hazeldine (Antonia’s husband) and Rahel Romahn (Margherita’s husband) portray their ignorance of female bodies (‘womb olives’, for example) has the audience roaring. Also brilliant is Aaron Tsindos, who does a fantastic job of playing numerous characters, especially the socialist Sergeant. The cast, while only including five members, was brilliant at portraying this ridiculous and mad story while also ensuring its important political message hits home.

Hardy shows that laughter can be a truly powerful tool in opening people’s minds to new ideas. When wage growth is slowing, and prices are increasing, do people accept their poverty? Or do they rebel? Hardy believes the latter and challenges us to stand up to those in Canberra and take back our power.

This play was a night of exhilarating, chaotic fun. If you find yourself in Sydney, I highly recommend that you see it. No Pay? No Way! will be running at the Drama Theatre, Sydney Opera House until March 28, and at the Riverside Theatre, Parramatta until April 4