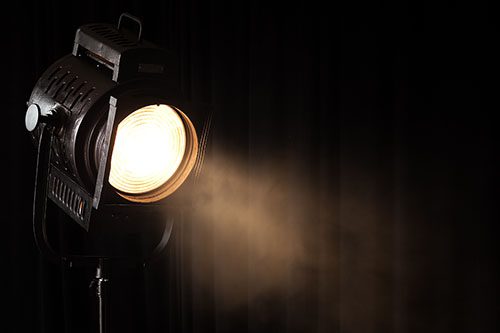 In the weeks preceding and following the release of the Change the Course results, a lot of myths about sexual assault have been bantered around the ANU campus and internet comment sections. Restorative ANU are here to bust a few that are particularly close to our heart:

Myth: Only the police can deal with sexual assault.

Fact: The ANU has rules about misconduct (mostly found in the Discipline Rule (2015)). If an ANU student victimises or harasses another student, they are committing misconduct. The ANU can investigate an incident, come to a finding, and take steps against students who are found to have committed misconduct. A student who misbehaves can be: excluded from campus, have their enrolment suspended or terminated, and the ANU can notify other agencies or organisations about the finding.

Universities can create administrative systems that empower survivors, hold perpetrators accountable, and still afford alleged perpetrators procedural fairness. Unlike the court system, universities can’t throw people in jail – and so findings of misconduct do not need to be held to the same standard of proof as criminal convictions of sexual assault.

In addition to this, universities have a duty of care towards their students, and the ANU has a responsibility to foster a safe learning environment. This includes dealing with sexual harassment and assault, even when the victim does not want to go to the police. This was reiterated by the Education Minister, Simon Birmingham, in his statement following the release of the survey results – his office will be directly writing to each university to determine what steps they are taking to uphold their legal obligation to promote a safe learning environment.

Myth: Even if they’re not the only ones who can deal with it, police are still best equipped to deal with sexual assault.

Fact: It is estimated that in Australia, fewer than one in 100 sexual assaults will result in a criminal conviction.

In an adversarial system that prioritises the rights of the accused, victims are not put in the centre of the alleged assault, but they are witnesses. And, in some cases, their bodies are even treated as evidence. When the impacts of trauma start to show, such as memory fog, dissociation, or your body freezing, the process regards this as contradictory evidence.

Trials can take years, and universities deflect responsibility by insisting on going to the police and that they ‘can’t do anything’ in the meantime. Years of walking around campus, going to classes, trying to live your life – all while seeing your perpetrator face no repercussions for their actions.

Convictions are often lenient. Many cases don’t progress to court because they are not ‘perfect victims’ – because they couldn’t remember what happened, because they were assaulted by a partner, because they waited ‘too long’ to speak out, or because it’s just a case of ‘he said, she said’.

Authorities tell victims that, because their perpetrator believed that they were consenting, then their experience does not constitute assault – even if ‘in [their] own mind’, they did not consent. Perpetrators are allowed to walk away, to never think of what they did ever again – but for victims, ‘the reality doesn’t get to be over … I don’t get to know who I would be today had this not happened to me, and I mourn for that person’.

This is a traumatising and emotionally exhausting process. Who would blame any survivor of violence for not using the criminal justice system when it treats them so abhorrently?

Myth: ‘I don’t associate with people like that’; ‘Rapists are monsters who hide in the bushes and attack at night’; ‘He’s a decent guy – I don’t think he could do what she said he did.’

Fact: Change the Course shows what we have been saying for a long time: most victims of sexual violence are women, and most perpetrators are men. More than half of perpetrators attend the same university as their victim. There are rapists, sexual harassers, stalkers and other perpetrators of sexual violence at the ANU. And they’re not hiding in the bushes; they go to your tutes, they live on res, they hang out at the ANU Bar. They’re your Facebook friends. How do you find out who among us are the perpetrators behind the statistics we’re seeing? Unfortunately, women and queer* people often only find out once it’s too late – we find out only once we’ve become the victims of sexual harassment or assault.

Myth: Restorative ANU wants everyone to hug it out and let monsters roam our campus

The ANU did not comply with the largest FOI request in history – Sunday Night revealed that hundreds of complaints had been made at universities across Australia, with little disciplinary action against perpetrators.

How many incidents have there been at the ANU? How many expulsions or removals? Change the Course indicates that there were 116 incidents at the ANU, but this is only out of the approximately 1500 people surveyed.  This means that the number is likely to be much higher, and the number of perpetrators who continue to roam our campus remains terrifying.

Restorative processes can only take place when every person involved in an incident agrees. Perpetrators sitting down and having a conversation about what they did wrong is something that most never have to do, and in a conference, there’s nowhere for them to hide. Sometimes, restorative practice doesn’t involve the victim and perpetrator, but the victim and their surrounding community (people they lived with and were affected by the incident, family and friends, those who supported them, those who supported the perpetrator), and the institution that betrayed and mistreated them.

We don’t want everyone to ‘hug it out’. We want an apology, and a commitment to do better. We don’t want press conferences; we want concrete action.

The ANU can do better

The news that the ANU will fund external reviews into both the University-wide policy, as well as each residence, gives some of us activists a little bit of hope. Now is our chance to ask the university to show us what ‘zero-tolerance’ actually means, and see consequences for perpetrators of sexual assault and harassment at our university.

We want an apology from the University for how it has treated us. We want support for survivors and student advocates who are expected to do the work of professional service providers. We want disciplinary action for perpetrators. We want a restorative process so we can finally start healing.

From the ANUSA Women's Officer