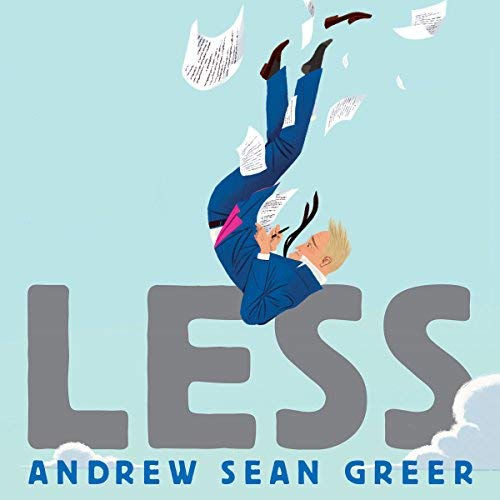 For me, an important part of being gay consists in the experience of casually bringing up the latest queer-related books or movies in conversations, before conveniently making recommendations about them. On reflection, the sense of eagerness that I sometimes feel can seem rather idiotic. More recently, however, I have also been startled by a precarious feeling of loss. This sense of loss emerges when I confront the fact that some queer contents are increasingly going mainstream. Some of them have become so successful that they no longer be easily proclaimed as part of one’s ‘culture’.

To be sure, this ambivalent feeling is not too different from that which we feel about our own favourite indie rock bands. We want them to be successful, but we also feel uneasy when they become too successful. From time to time, we are also reminded of the fact that the feeling any ownership over them at all is probably a silly idea to start with. Of course, the difference is clear: queerness often gives people meanings in ways that few rock bands can parallel.

The latest exemplar of this ambivalence concerns Andrew Sean Greer’s Pulitzer-winning novel, Less. It tells an exhilarating story of a gay writer, Arthur Less, who decides to travel the world in an attempt to escape the wedding of his long-time lover. It is an arresting travel log of the moderately (un)successful writer narrated by a humorous yet mysterious figure. It surprises you with twists and turns when you least expect them. What’s more interesting, though, is the either perceived or matter-of-fact downplay of this novel’s queerness. The Pulitzer Committee praises Less as a “generous book… about growing older and the essential nature of love”; The Washington Post proclaims it as “the funniest novel you’ll read this year”; and The New York Times is eager to convey that Andrew Sean Greer is an author the reviewer “wondered with regret why [he] wasn’t familiar with”. There are yet more reviews paying attention to the comicality of Less and its vivid depiction of how messed up the publishing industry is.

Less is certainly about love, and it is full of witty insights (we learned that, for example, Pulitzer is ‘Pullit-sir’, and not ‘Pew-lit-sir’). But to me, Less is also an unmistakably queer novel. Of course, to say that Less is a queer novel runs the risk of pigeonholing it. In this day and age when rejecting labels is on trend, a ‘queer novel’ implies that it is something apt to be confined to the corners of underground bookstores. Those who are more cynical may thus point out the marketing logic behind the book’s framing.

Like many other marginalised groups, confronting the choice between universality and individuality is all too familiar for queer people. Negotiating the boundaries between how much to assimilate and how much to preserve can manifest in daily choices. Deciding to what extent to assert one’s individuality can in itself be a universal experience, although marginalised groups also face the extra burden to justify themselves when they diverge. Think, for example, about the fact that conversations about whether a piece of art is universal enough often only comes up when it is either produced by a minority person or about a minority experience. Universality is assumed, as it were, when the experience in question is the dominant narrative. I hear the mantra that the endgame of queer rights movement is that one day people can be queer without emphasis. Writer Andrew Solomon makes this point well: “A friend of mine who thought gay pride was getting very carried away with itself, once suggested that we organize ‘Gay Humility Week’… It’s a great idea. But its time has not yet come.” Its time has not yet come, indeed. But perhaps we should all celebrate the fact that a Pull-it-sir winning novel is no longer predominantly perceived through the lens of its queerness. “Neutrality,” Solomon says, “which seems to lie halfway between despair and celebration, is actually the endgame”.

I do not believe in a strong version of standpoint epistemology which says that one’s standpoint determines one’s perspectives. But I do think that one’s standpoint can influence one’s perspectives, and therefore, judging an art piece from a universal standpoint is not something that everyone has easy access to. I sometimes also wonder, were this be possible, whether it is desirable. At any rate, Less seems so interwoven with the particularities of being gay that I could hardly make a separation. It portrays the puzzlement about being gay and growing old. Greer writes, “Arthur Less is the first homosexual ever to grow old. That is, at least, how he feels at times like these… He has never seen another gay man age past fifty, none except Robert. He met them all at forty or so but never saw them make it much beyond; they died of AIDS, that generation. Less’s generation often feels like the first to explore the land beyond fifty. How are they meant to do it? Do you stay a boy forever, and dye your hair and diet to stay lean and wear tight shirts and jeans and go out dancing until you drop dead at eighty? Or do you do the opposite—do you forswear all that, and let your hair go gray, and wear elegant sweaters that cover your belly, and smile on past pleasures that will never come again? Do you marry and adopt a child? In a couple, do you each take a lover, like matching nightstands by the bed, so that sex will not vanish entirely? Or do you let sex vanish entirely, as heterosexuals do? Do you experience the relief of letting go of all that vanity, anxiety, desire, and pain?” This little passage is so full of the nuances of being gay and the meticulous historicality of gay identity that I can’t help but exclaim in astonishment.

Less is also self-consciously posing big questions about queer representation. With the literary device of novel within a novel, these questions are shrewdly brought up by those around Authur Less. “It’s not that you’re a bad writer, it’s that you’re a bad gay,” another novelist once remarked. As a novel, Less examines the sometimes-conflicting aims of being realistic about the sufferings of queer people and avoiding falling into the stereotype of “sad gay protagonists”. “All you do is write gay Ulysses,” Freddy, Less’s not-so-casual casual lover, points out. It doesn’t ignore the issue of intersectionality, either. Upon learning that Less’s latest rejected-by-the-publisher novel was about “a middle-aged gay man walking around San Francisco. And, you know, his … his sorrows …”, his lesbian friend jokingly remarked, “a white middle-aged American man walking around with his white middle-aged American sorrows?… It’s a little hard to feel sorry for a guy like that”.

While reading Less, I got the strong sense that perhaps the ability to be queer without emphasis is indeed the endgame, and it is also true that its time has not yet come – for all that, I nevertheless realise that something will be lost when being queer is thoroughly akin to having a particular eye colour. This is the kind of loss that you do not strive to avoid because you recognise the value of its accompanying progress; but it is still something which makes sense for you to mourn and to be nostalgic about. It is similar to the kind of instantaneous awakening directed at the difficulties we experience in life: at the time, we tried everything we could to rid ourselves of them – all the while recognising that one day, we would ultimately be thankful for them and perhaps even sad that they were over.

So, perhaps, the best response to the declining salience of queer identities – as a welcoming side-effect of social progress – is to treasure them all the more now. We cannot stop time, nor should we wish for the strides of queer rights movement to be stalled. But perhaps we can and should have more of Less – and the experience of reading them in the corners of underground bookstores.