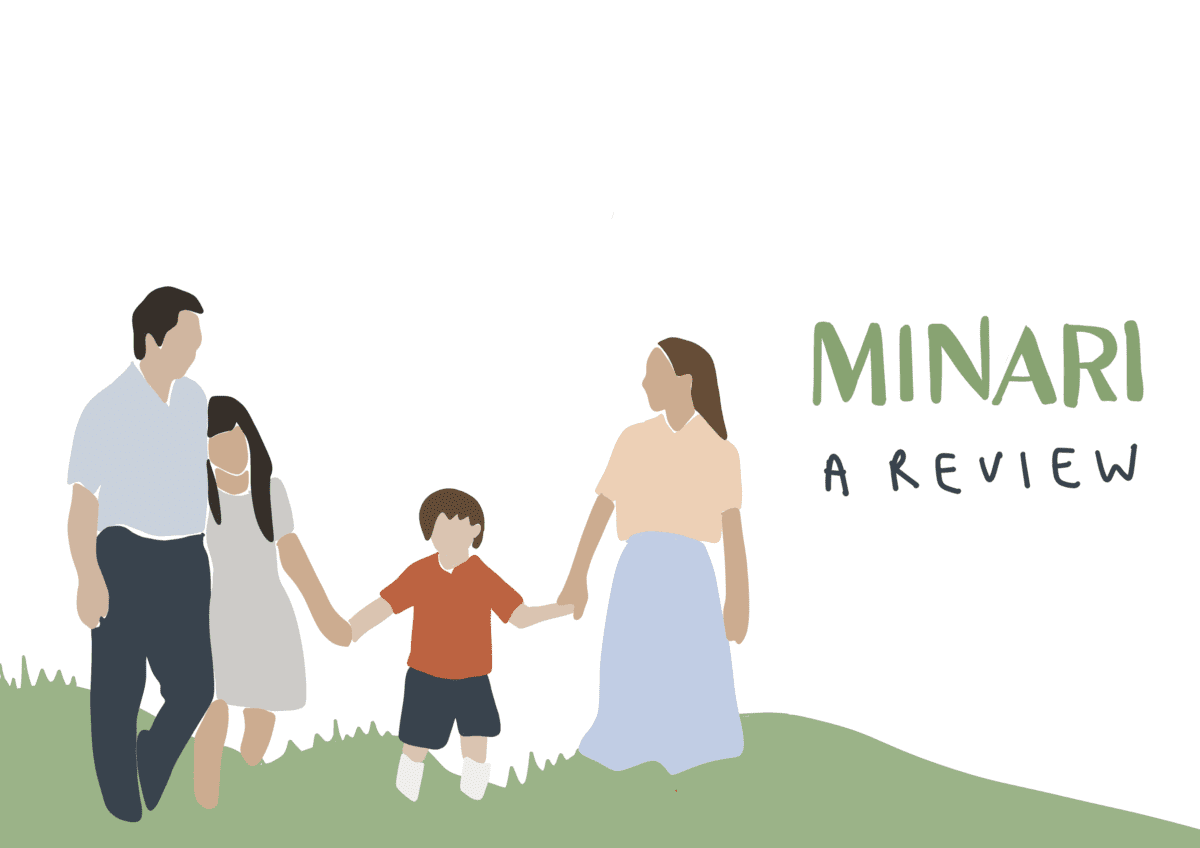 Walking out of Dendy’s Cinema, I did not expect to resonate as closely as I did with Minari’s modest portrayal of family life. Set in the backdrop of rural Arkansas during the 1980s, Director Lee Isaac Chung paints a semi-autobiographical portrait of his own upbringing through the lens of the young Yi family. Chung offers a heart-breaking, earnest yet unmistakably vivid depiction of a South-Korean immigrant family residing in America.

As a moviegoer who never passes at the opportunity to watch something fast-paced and thrilling, I wasn’t entirely sure how Minari would pass off. Drama, as a genre, usually distils itself into the category of contemporary naturalism which can sometimes come across as overly ordinary and unexciting. But ironically, I think one of the most impressive aspects of this film was its ability to capture and expose the essence of these mundane moments of family life.

Minari opens with the backseat of the family car, capturing the faces of the Yi children, David (Alan Kim) and Anne (Noel Cho) as they drive towards their new home. Alongside the diegetic rustle of the car bumping on the gravel road, the harmonic tone of the film is immediately set by the musical theme. Emile Mosseri introduces soft piano keys which overlay a gentle hymn. The fragility of the humming sound is strengthened by each poised piano chord. Figuratively, the contrast of the musical soundtrack doubles as a metaphor for Jacob Yi’s (Steven Yeun) pursuit of his own double-sided version of Americana. Jacob dreams of building a farm and extending his ‘hobby’ of a five-acre garden to his dream of ‘50 acres’. However, he pursues this with blinding ambition. This sparks a discord between his wife, Monica (Han Yeri), who fears for the financial security of the family. The parent’s eroding relationship and their on-screen fighting (the primary source of conflict throughout the film) represents the sacrifices one makes in pursuit of the elusive American Dream. In fact, he is willing to give up his responsibility to and for his family in order for them to ‘see [him] succeed at something for once’.

Chung paints this narrative of patriarchal ambition from an Asian-American perspective very well. This is conveyed beautifully though his directing and cinematography. The marrying of the sombre opening score with a single long shot of Jacob smoking in the field was one of the most memorable and vivid scenes for me. Comparative to the light filled ambiance that captivates majority of the film, the dark hues of that mise-en-scène was an obvious turning point in the film; the slanted angle of Jacob’s distraught face, his uncomfortable crouched position and the cigarette dangling from the edge of his lips. Jacob’s desire to assimilate himself into the prosperous ideal of the American Dream is arguably only a shadow of his true identity. Playing with this theme of duality, Chung shows how Jacob’s Korean identity ultimately overshadows his desire for American material success. Despite being an ‘American’ farmer in rural Arkansas, Jacob grows Korean vegetables, a literal and figurative symbol of him remaining true to his Korean roots and motherland. If there is one thing this fatherly figure champions, it’s a long-lasting reverence and pride for his cultural heritage. Just like the assured stroke of the ivories in the film’s musical score, Jacob’s identity as a father over a worker dissipates the elusiveness of his immigrant-perspective of Americana.

Along with these beautifully rendered moments of acceptance and sacrifice, Minari offers us an uncanny lens of cross-cultural friction during adolescence. This narrative of cultural affront and shame is told directly from the lens of the Yi family’s young son, David. For individuals from bi-cultural households, this experience of cultural judgement, self-loathing and insecurity are familiar sentiments that are displayed by David’s relationship with his grandmother (Youn Yuh-Jung). Upon meeting her for the first time, his resentment towards her deepens due to David’s lack of cultural acceptance from a young age. It is her cultural unconventionality, of being ‘not like other Western grandmothers who bake cookies and don’t swear’, that David shames and rejects her familial status.

Regretfully, I too admit to being embarrassed of my grandparents’ cultural differences in comparison to my other white classmates. When they picked me up from primary school, I would hush them when they spoke Cantonese too loudly for fear of getting stared down. Looking back, it’s sickening to even think how little value I placed on my cultural background that I was vocal enough to silence people in my life that I loved. Upon watching Minari, I saw a projection of my own seven-year old self within David’s hostile demeanour towards his grandmother. Without even realising it, Minari so accurately replayed to me my own childhood encounter of cultural friction.

The collective praise offered up to Lee Chung’s Minari is not at all excessive, but very well deserved. The film shares a universal tale that is not limited to the experience of Koreans, Korean-Americans or just Americans.  It voices a narrative of struggle, familial sacrifice, cultural acceptance and finally, harmony. Minari is an uncanny reminder of everyday cross-cultural exchange and the forgotten costs of labour and love.