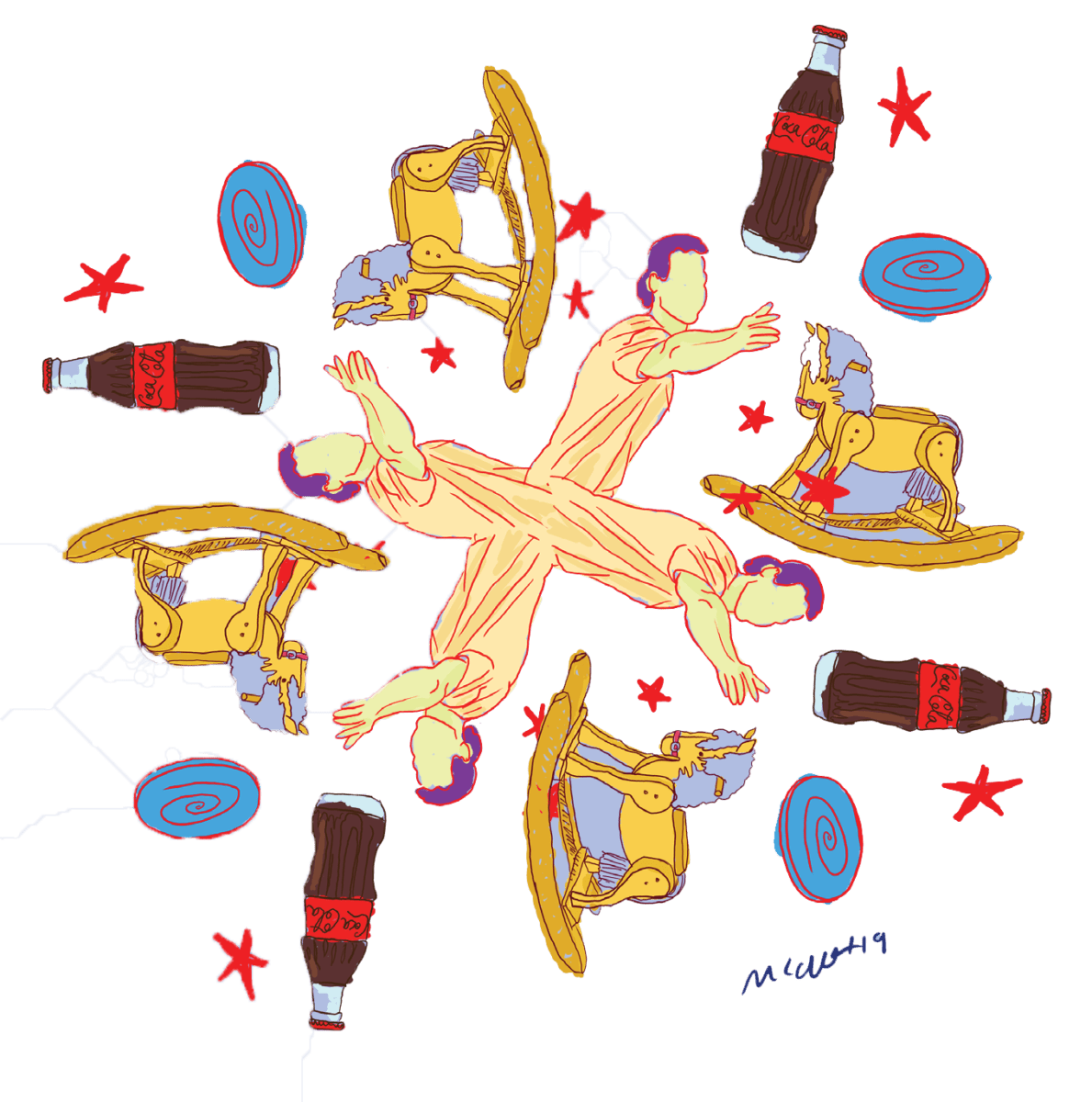 Meet Me at the Vernissage

With Vernissage My Heart, Austrian band Bilderbuch have released their weirdest and most wonderful album yet. Mizzy, pass auf!

I first heard about Bilderbuch from a stupidly handsome Austrian backpacker in Peru. Mattias, who had two stories he liked to tell on rotation, enjoyed nothing more than to recount the time he went to a Bilderbuch gig and smoked a joint as long as his arm. The second story was about how he once greened out in front of a giant speaker blaring Bilderbuch (quelle surprise) and was woken up by the police a couple hours later. Mega geil, ja? Mattias was a bit of an airhead but he sure had good taste. Bilderbuch have been one of my favourite bands ever since.

But Bilderbuch were not always this ingeniously bizarre. After a few years dabbling in fairly ordinary rock, they rose from relative obscurity in 2015, when they released Schick Schock to the critical acclaim of German-speaking hipsters everywhere. It was time for Bilderbuch’s frontman, Maurice Ernst, to ditch the skinny jeans and kiss his side fringe goodbye. Bilderbuch said auf wiedersehen to their indie origins, and departed into something considerably more interesting.

With every album since Schick Schock, Bilderbuch have incrementally cranked up the weirdness of their image. I like to imagine that we’re the frog and they’re the pot of increasingly hot water. With Schick Schock came the music video for ‘Maschin’. It features Maurice sitting in a bright yellow 1990 Lamborghini Diabolo, playing with its luxurious features, and stroking its shiny exterior with equally fluro yellow leather gloves. The music video for the single of their following album, ‘Bungalow’ from Magic Life, is intercut with images of Maurice seductively vacuuming, his bare chest smeared with oil. In the video for ‘Frisbeee’ from their latest album Vernissage My Heart, we have the entire band dressed as psychedelic cowboys playing space frisbee. What a treat.

Musically, Vernissage My Heart is both a continuation and a departure from Bilderbuch’s earlier material. It’s considerably more guitar driven than the previous two albums, but retains their penchant for autotune and strange synthesised noises. It’s got a feel-good, melancholic, trip-of-a-lifetime air about it – a vibe that is only enhanced by the wacky videos and strange costumes. And, it’s funny. Bilderbuch play on phonetics to create what is essentially gibberish, even to those who Deutsch sprechen. As far as I can understand with my Intermediate German, the lyrics are a dadaist ensemble of words that don’t make much narrative sense but play with sound and meaning in a way that contributes richly to their unique image. With each album, Bilderbuch fixate on a few select themes. With Vernissage My Heart it’s frisbee, space, and memory cards. Bilderbuch have no comparison, and without a doubt, Vernissage My Heart will be one of my favourite albums of 2019.

Despite their genius, Bilderbuch still only tour German-speaking countries. It seems the rest of the world has yet to get up to speed with Austrian pop. But, if we create enough of a following here in Canberra, maybe – just maybe – one day we’ll have the privilege of seeing them live in Australia. Kiffe und höre Bilderbuch! Wir lieben Bilderbuch!