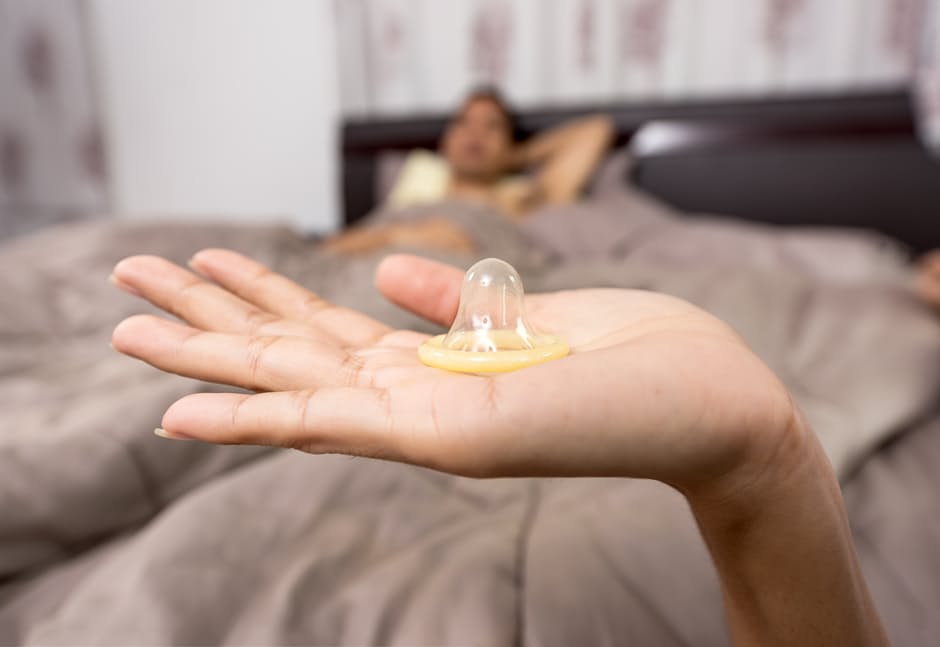 Forest’s mom always said, ‘Life is like a box of chocolates. You never know what you’re gonna get.’ I say, ‘Sex is like ice cream. There’s something for everyone.

I remember being with a friend when someone she’d slept with called her and told her he had chlamydia, and that she probably did too. He didn’t initially blame her but when she didn’t want to meet up with him (at 1am that night) or talk to him over the phone about it (at 3am) he became abusive. He hadn’t had a problem with her appearance previously and was upset when she had called off the fling months earlier, but the texts came in saying how much he regretted sleeping with her and that she was fat and ugly. Despite his age – closer to 30 than 20 – this man reacted very immaturely and excessively to having one of the most common and harmless STIs in Australia.

The Kirby Institute at UNSW estimates that there were 260,000 new cases of chlamydia in 15 – 29-year-olds in 2015, of which only 28 percent were diagnosed – that means one in 20 young people have chlamydia but almost three quarters are unaware. Rates are higher in females, Aboriginal and Torres Strait Islander people, and those in remote or rural locations.

As a 19-year-old female, it was very likely that my friend did have chlamydia, and sure enough later that week she tested positive at the Woden sexual health clinic. One round of extremely nauseating antibiotics (and no sex), then the chlamydia was gone.

If treated early, chlamydia can be kicked very fast and you can avoid the two weeks of debilitating nausea. But the infection rarely shows symptoms – hence the importance of regular check-ups if you or your partner have unprotected sex. If left untreated, or if it is contracted multiple times, chlamydia can cause fertility issues.

Aside from the physical discomfort caused by the strong antibiotics, being diagnosed with an STI was an emotionally debilitating experience for my friend. Australians diagnosed with chlamydia are legally required to inform every person they’ve slept with in the six months prior to being diagnosed, and those people have to be checked. Contacting past lovers with this news can be very embarrassing and scary – my friend was especially freaked out given the abuse she had received over the phone. Fortunately, the Melbourne Sexual Health Centre runs an online service called ‘Let Them Know’ that allows you to anonymously text previous partners who you don’t wish to speak to.  You simply enter their name, mobile, and select which infection you have. The service works for chlamydia, gonorrhoea, syphilis, trichomonas and mycoplasma genitalium. Alternatively, the clinic at Woden will personally call or email any partner for you.

I asked my friend about how she felt about using the anonymous messaging service.

‘I did feel guilty, like I should own up to it myself, but was scared of their reactions. There were a few incredibly awkward conversations I had to have with people though. I’d slept with someone from work, someone from college and with someone I cared about deeply who was quite inexperienced with sex. Although I know they blamed me and were angry and upset they did not lash out or become abusive or violent, which made me feel somewhat better about the situation and normalised it a little.’

Another acquaintance of mine is very open about living with genital herpes. It’s something that his friends and parents know about and don’t have any problems with. Luke* remembers lying half naked on a hospital bed at the Woden sexual health clinic while a nurse inspected and prodded at and around his penis. ‘She made this reluctant “aww” noise and that’s when I knew I had it,’ Luke told me, ‘I was pretty distressed, thinking my life was over and “Fuck this is the end, I’m never going to have sex again!”’

Fortunately, in the five years since being diagnosed, Luke has only shown symptoms twice. Although there is no cure for herpes, risk of transmission is very low when no symptoms are showing. It is estimated that one in eight Australians have genital herpes and that 80 percent of these people are unaware. Because of this, and the fact that herpes can be passed on from skin-to-skin contact – not just penetrative sex – the unintentional transmission rates are very high.

Luke always informs potential partners that he has herpes before things get hot and heavy, despite not being legally required to. But, he says that the timing and delivery are a bit of an ethical dilemma. Tell someone too soon and they’ll be scared off, too late and you feel like you’ve trapped them into a situation where they’re perhaps not thinking clearly enough to make the right decision.

Luke, however, has had overwhelmingly positive reactions to the disclosure.

He says that 60 percent are okay with having sex that is not penetrative and requires limited, if any, contact with his genitalia. Most people are just very interested and ask a lot of questions about it, and Luke says that a silver lining is that he is now very well practiced in the art of giving oral sex. Approximately 30 percent of women still want to have penetrative sex after he tells them he has herpes – one woman even said, ‘The fact you’re so honest makes me want to fuck you even more.’ Luke estimates that only 10 percent of women don’t want to have any sort of sex with him, which is apparently a little awkward, but they’re usually very nice about it.

After chatting to both friends I thought a potential solution to some of the awkwardness would be a dating app where your STI is disclosed initially, and you can match with people who are similarly affected: Tinder, but for people with STIs. Unfortunately, I won’t be making millions from this app idea because it already exists – check out ‘Positive Singles’.

STIs are an awkward and avoided conversation topic, but are also unfortunately very common. If you are having sex, you are at risk – it’s as simple as that. It doesn’t make you a slut, it doesn’t mean you weren’t practicing safe sex, and it doesn’t mean you’ll never have sex again. Regular testing dramatically lowers STI rates and diminishes the risk of them worsening and causing permanent damage to your body. The walk-in clinic at Canberra Hospital in Woden is a free and anonymous testing service, alternatively, you can ask your GP to test you. Even if you think you’ve only been exposed to one specific infection, it’s worth getting checked for everything – yes, even HIV. So go forth and stay informed, tested, and most importantly, sexy.