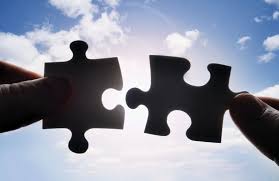 When I first found the dining hall next to my classroom in Peking University, I was so intimidated that I went back to my room and had bread instead. It was like entering a microcosm of the city, a rush-hour world of chopsticks and soap-smell and crowded tables where you sit shoulder-to-shoulder with strangers. A row of tags at each stall showed the dish options in a blur of Chinese characters. My mind would scramble to unpick them as the queue piled up behind me. Typically, by the time I had half made sense of the menu, the cooks would already be asking me what I wanted in their thick northern accents. They were brisk, and the queue moved quickly, and within all this my slow responses bordered on idiotic.

The essence of the dining hall experience was present throughout my month at the Beijing summer school. Unlike most of my peers, I passed as mainland Chinese. I spoke with an accent that indicated I was from Guangzhou, not Sydney. On the streets, people would ask my friends for photos; they would ask me for directions.

The plus side was how easily I could blend in. The city would just flow around me rather than stopping to stare. I could go where I wanted, order and buy what I felt like, without another Chinese-speaking person stuck to my side like a chaperone. I could talk to locals in their preferred language; at worst, they would treat me as a tourist from another part of the country. Unlike in Australia, where I was born and raised, I suddenly belonged without ever having to prove myself.

The down side was the shame. Those moments when people spoke to me too quickly, and I had to betray my incomprehension. When my peers asked me questions about China I should have known the answers to, but didn’t. When my eyes skimmed a block of Chinese words and I found I had to plod through, character by character, whereas I could zip through the same text in English in a heartbeat. I loved to think there was a place I could fit in like a jigsaw, but just as my upbringing and my appearance mark me as foreign in Australia, there are gaps in my knowledge that mark me as foreign in China.

Now, I find myself in a third place. I’m about to start a semester in Indonesia. I’ve only just arrived, but I’ve come to think that there are labels we can’t entirely escape.

For the longest time, I assumed my experience in Australia was normal. She was from a rural background, he could trace his Australian-ness through generations of family here. But my life was the standard, because I didn’t know anything different.

That’s absurd now. Depending on who’s looking, I’m the woman from the migrant family, the Australian-born Chinese, the foreigner, however many other labels a person might use to fit a name within their mental architecture.

So rather than depending on others to validate me, I might as well carve a space out for myself. A notebook and a pen, a seat to curl up in, a good chunk of time. A colourful street, with smells I can’t name and names I can’t spell. A circle of friends, where I can dip in and out, and otherwise just let their familiar voices wash over me like music. A house in Sydney where childhood memories emanate from every brick, with the table where I’ve had almost twenty thousand meals. These moments are easy to find – moments where I can say I ‘fit in’, whatever that means, when I’m completely at ease.