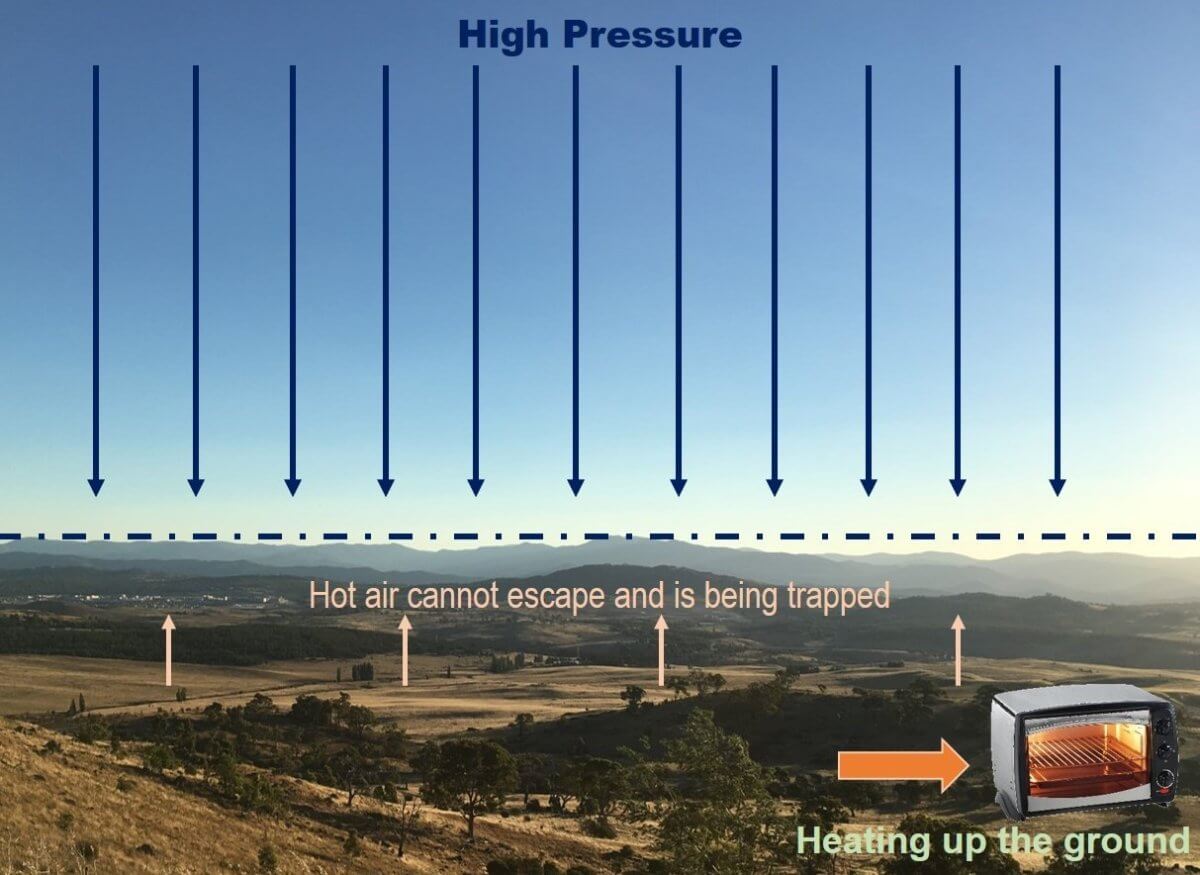 It’s Getting Hot in Here (Because There’s a Heatwave)

Feeling exceptionally hot this summer? Heatwaves have been a long-term problem in Australia, causing deaths all over the country since 1844. For example, in 2013 we were struck by the record-breaking heatwave in January, where temperatures exceeded 48 °C in many locations across northwestern New South Wales, northeastern South Australia and western Queensland.

In 2014, the Climate Council published a report predicting that heatwaves in Australia would be happening more and more frequently. In fact, the number of hot days has already doubled over the last five decades. However, a recent survey in Western Sydney and the North Coast of NSW showed that 45 percent of residents and businesspeople did not know what to do in the extreme heat.

But before digging into solutions:

What exactly are heatwaves?

A heatwave occurs in a region when there are at least three days in a row with high air temperatures – due to unusual excess heat. Excess heat typically occurs when the overnight temperatures are not low enough to cool the heat from the day. This causes the heat in the region to intensify when the sun continues to heat the land up again the next day. The exact definition and temperature requirements of a heatwave are specific to a region. For instance, a heatwave in Hobart can have lower temperatures than a heatwave in Alice Springs.

How high is high temperature?

Why are there heatwaves?

Here comes the science: Not every part of the Earth receives the same amount of sunlight. The regions directly facing the sun are heated up more than those farther away. This is like how you feel hotter when standing directly under the sun at noon than when you are enjoying a beautiful sunset in the evening. This unequal heating causes the air in the equatorial region of the Earth to rise and travel to the south. Thanks to the Earth’s rotation, the hot air returns to the surface at a latitude of roughly 30 degrees. This is why most deserts on the Earth appear at this particular latitude – including the Arabian, Sahara, Kalahari, and Namib of Africa.

The central part of Australia is covered by hot, dry desert. As air moves from the west to the east coast, warm air from the central desert also moves to the East coast. The central desert causes high atmospheric pressures. This high pressure acts like a heavy blanket that blocks the hot-air below from rising – trapping it at the ground level. If overnight cooling is not sufficient to relieve the heat from the day, the heat will intensify and result in a heatwave.

Fortunately, when the soils are wet and moist, a certain amount of heat can be removed via evaporative cooling. However, in the case of drought, evaporative cooling cannot play its role, thus trapping and intensifying the heat. This leads to the same phenomenon described above: the daytime heat is not cooled through the night, meaning the morning may be as hot as the afternoon of the previous day. Then as the sun continues to heat the region even more, this may aggravate day by day and thus result in a heatwave.

Another cause of heatwaves is when the high-pressure system stalls in the east or south coasts of Australia. The hot air is pulled towards the south-east areas for longer periods and results in heatwaves.

Heatwaves can also happen if a cyclone appears over the north west of Western Australia. During such an event, tropical heat is pushed into the upper atmosphere and then sucked down over central Australia. Central Australia heats up the air even more, which then travels to south-east Australia, causing severe heatwaves.

Why are heatwaves harmful…

For our earth and society?

First, excess heat can kill plants and crops, which threatens the health of our environment and food security. This may leave certain parts of the world unsuitable for growing crops, which could lead to famine. Second, heatwaves also increase the demand for cooling systems and electricity. Not only will you have to pay more for your electricity bills, but this could also increase the current burden on our climate systems. Third, not all animals can survive in the hot environment. This poses danger to precious species such as black cockatoos and koala bears. And lastly, as the sea temperature rises, coral reefs often cannot survive and are bleached. In fact, half of the Great Barrier Reef coral has been lost in the past three decades – with frequent and stronger heatwaves adding to their destruction.

What can you do?

In the event of a heatwave, we should remain calm and:

Radicalism and Excuses in the Climate Movement