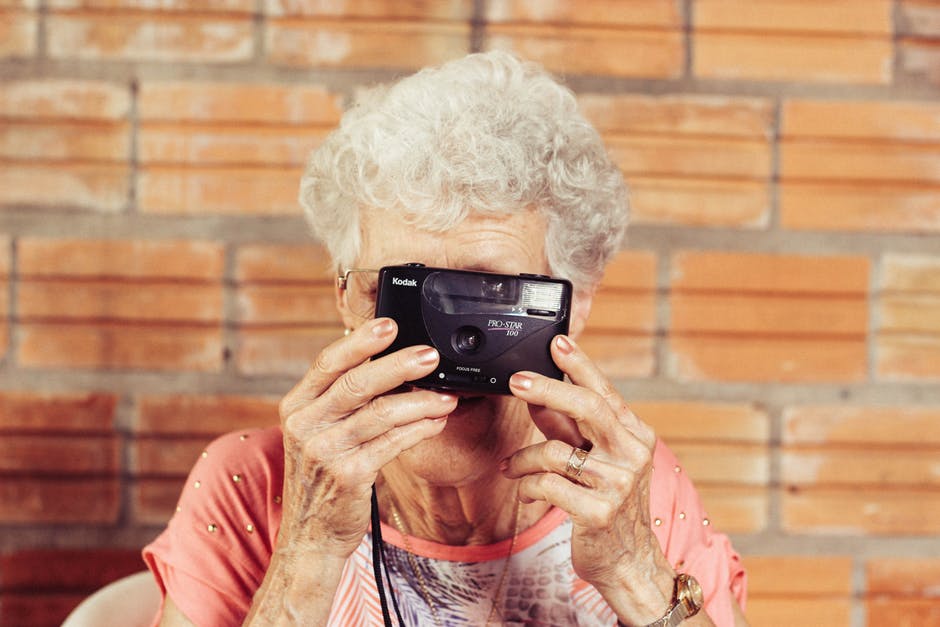 Is it Important to Look ‘Fresh’ For as Long as Possible?

As a young woman living in today’s society, I know what it feels like to want to be beautiful. I consume vast amounts of media on a daily – if not hourly ­– basis, so I am constantly being bombarded with images coupled with the implication, ‘if you want to be beautiful, you have to look like this.’ But that is not the discussion I want to have right now. Instead, I want to discuss the relationships between older people and the concept of beauty. At 18 years of age, I am still very young and have the privilege of looking ‘fresh’ by virtue of this fact. But what is the significance of appearing youthful? Is this a demand that continues as we age?

It’s no secret that people who are considered attractive have proven to be more desirable in society, particularly in the workplace. According to a Newsweek article by Jessica Bennett, ‘attractive’ men earn an extra five per cent in comparison to their ‘less attractive’ counterparts, while attractive women earn an extra four per cent. But what does this mean for those over 50 who still do paid work? In a Time article, journalist Mark Miller discovered that full-time workers aged 55 to 64 were earning two-thirds less in earnings than the average rate. He also found that people in this age group who are employed at a new job tend to earn 25 per cent less than in their previous job.

This is a strong indication of ageism in the workplace. But can this be attributed to these individuals’ physical appearances? As Carol. A. Gosselink explains in her paper Ravishing or Ravished, yes, it can. Gosselink found that two of the most idealised aspects of physical beauty are youthfulness and thinness. As most women gain approximately 1.7 kilograms per year from the ages 48 – 56, the message is clear; young is in.

This message is likely to have a strong impact on self-esteem and self-perception among older women. Gosselink writes that older women’s opinions of their physical appearance are often harsher than those of younger women. They are also at a higher risk of developing mental health issues such as anxiety and depression as a result of the pressure to be ‘young and beautiful’ – particularly in Western societies.

Indeed, I have discussed older women and their experiences with the beauty industry – Gosselink specifies that women generally tend to be more affected by beauty standards compared to men – but this does not mean that men are not also affected by such standards. In February of this year the Wall Street Journal published an article titled ‘Why Men Have Such a Hard Time Aging’. In the article, journalist Dana Wechsler Linden writes that aging severely impacts upon a man’s sense of masculinity. Due to the frailness and deterioration in physical capabilities that comes with old age, the strength and independence that is desired of men by our society becomes increasingly intangible. Older men are therefore less likely to reach out for medical help for fear of how their masculinity will be perceived.

However, things appear to be looking up for older people and their relationships with beauty. In 2016, beauty and lifestyle website Allure released a video on their YouTube channel called, ‘Dispelling beauty myths: aging with grace’. In this video, three women over the age of 50 share their experiences with their own supposed beauty and sentiments towards it. One of these women was 71-year-old Norma Kamali who in the video recounts how on her 21st birthday, her mother told her that ‘it all goes downhill from here,’ when it comes to her physical appearance. She also notes her observation of ‘young, ageless women’ being portrayed as the ideal beautiful woman, even though these people are ‘the most vulnerable’. Kamali even mentions how she herself thought she ‘wasn’t pretty’ as a young woman but now as a 71-year-old, she feels ‘more beautiful than ever’.

This video is not perfect – it shows the stories of only three women and no other gender is included in the discussion on that particular platform. But the video now has over 300,000 views. It is part of Allure’s series of videos regarding beauty myths, all of which have had more than 50,000 views each, indicating that the portrayal of this subject matter in popular media has great scope in terms of the numbers of people that it can reach. Perhaps if we advertise that it is acceptable – or even desirable – to be an older person in today’s society, we will not feel as much pressure to look ‘fresh’ as we age.