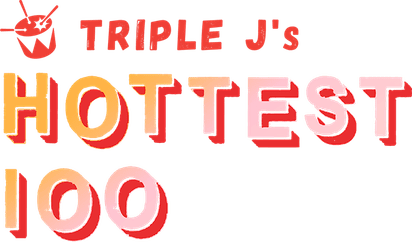 On Sunday 27 January this year, I sat glued to my phone, desperate to know who had won the Triple J Hottest 100. I wasn’t interested in all of the artists who were to feature in the countdown – many of them I hadn’t even heard of! But for me, following the Hottest 100 was a force of habit. It was something I felt I had to do: if I refrained from doing so, would I then have to consider myself un-Australian?

The Triple J Hottest 100 has always been for the people. Decided completely through a public vote, the countdown is likely the most accurate measurement of Australian music tastes, more so than the primarily industry-controlled ARIA awards. To have your song come first on the Hottest 100 is to instantly become an icon among Australian music fanatics. Although the countdown has always welcomed independent artists from all over the world, it is the Aussies who have continually dominated the charts. Four out of the last five years have seen an Australian artist sit at the top of the list. In the 2018 countdown, 65 songs originated from Australia, compared with 22 songs from the United States and nine songs from the United Kingdom.

The Hottest 100 is decidedly a symbol of patriotism. This is not to say that the countdown’s Australianness is exclusive: for many years, the event was held on 26 January but since 2018, it has been held the following day. Some have considered this change to be unnecessary. But Triple J have recognised the trauma it arises amongst Indigenous communities as a result of celebrating Australia Day on the same date that the British colonised their land in 1788. Their commitment to celebrating Indigenous artists has prevailed. Many Australians were also glad to be rid of the cognitive dissonance they had previously suffered as a result of wanting to celebrate the Triple J Hottest 100, but not Australia Day itself.

Culture and nationality is arguably characterised by its relationship with the arts. Many Australians take pride in our music culture: hence the amount of traction the Triple J Hottest 100 obtains every year. The inclusive and democratic process of compiling the list of songs reflects the importance of having a ‘fair go,’ a stereotypically Australian value that is not evidently upheld in the turbulent political sphere. Those of us who feel disenfranchised by Australian politics are still able to celebrate nationality as it is constructed through creativity. In this way, the Triple J Hottest 100 is particularly attractive to young people in Australia. This year, 80 per cent of voters were under the age of 30 and artists under the age of 18 – including Billie Eilish, Kian and Ruel – were present in the countdown. It is clear to see where the interests of young Australians lie – that is, in music.

The Triple J Hottest 100 is integral to Australian culture because it is something we can be proud of. We are proud when a song by an Australian artist tops the chart. We are proud when we see home-grown artists sit side-by-side with international artists on the list. We are proud of Australian music culture and that we are able to contribute to it. But most of all, we are proud to have something about Australian culture to celebrate that doesn’t make us feel excluded or confused. I will never lose interest in the Triple J Hottest 100. Every year, I will be glued to my phone to see all the winners and losers and how many Australian artists make it in the top 10 and I will be proud to be a part of it.

Culture and art are inseparable. Evidently, the Triple J Hottest 100 is inseparable from the Australian national identity.