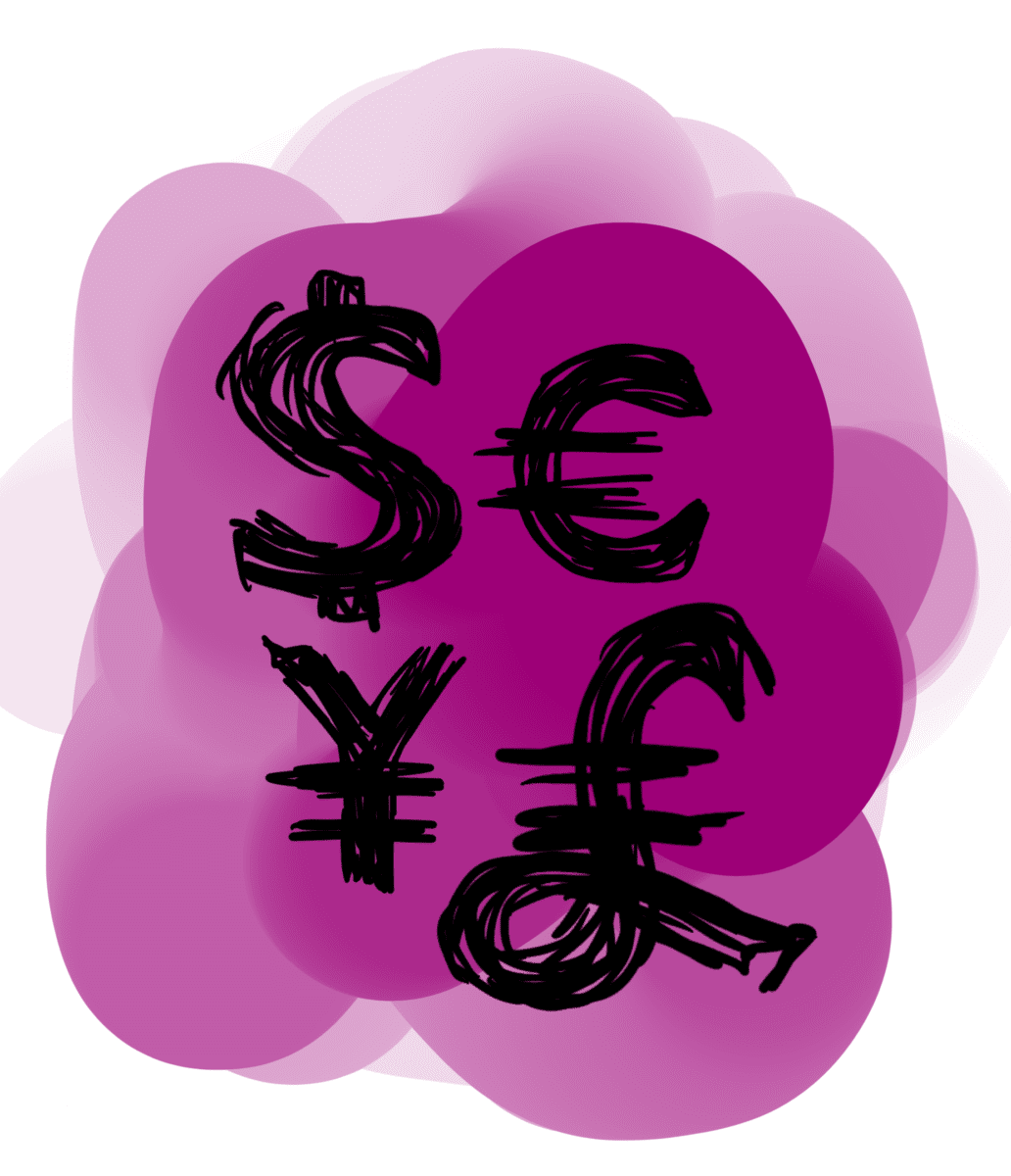 Email is arguably one of the most influential technologies of the 21st century. It has become the communication cornerstone of almost all modern institutions; from governments to universities, schools, businesses, and NGOs. And it is easy to see why. Previously, sending and receiving mail required a lot of time and labour. It had to be handwritten, addressed, stamped, and taken to some kind of postal service. Depending on the era you lived in, the delivery of a letter may have taken weeks or months.

To put it into perspective, according to research at Stanford, a letter sent by a Roman Soldier from his fort in Northern Britain back home to Alexandria in Egypt would have taken fifty to one-hundred days under ideal conditions. Even then, the sender often had to chance upon a merchant heading in the desired direction, pay an expensive fee, and then pray it ended up in the right hands. In comparison, an email from London to Cairo can be written in five minutes and take milliseconds to be received at virtually no cost.

The email was designed to create a more relaxed, labour free and time-rich life. Ironically, however, as Yuval Noah Harari notes in his best-selling book, Sapiens, for most people it has had the opposite effect. Instead of receiving a handful of correspondence a month, we send and receive dozens of emails a day. Instead of thoughtfully crafting an important message, we quickly type up an email to send to a colleague sitting just down the hall.

With portable computers such as mobile phones and laptops, we are expected to always be connected to our buzzing and beeping inboxes. Instead of saving time, we have simply sped up life, creating a more agitating and anxious experience. Harari refers to this phenomenon—when brilliant luxuries turn into burdensome necessities—as the luxury trap.

There is a kind of luxury trap occurring on a massive scale around how we work. The renowned economist John Maynard Keynes predicted that by the early twentieth-century labour productivity would have increased so much that we would only need to work fifteen hours a week to sustain a comfortable standard of living.

We passed the productivity threshold predicted by Keynes some decades ago. The result? We work as many, if not more, hours per week than our grandparents and retire on average a decade later. Instead of freeing up time for more meaningful pursuits, we have simply raised the level of the number of material possessions we think we need to be happy. Although we may try and trick ourselves otherwise, deep down we know it will never be enough.

Michael Nortan, a psychology professor, conducted a study wherein he contacted over two thousand individuals with a net worth of over one million dollars. He asked them how much more money they would need to be perfectly happy. “All the way up the income spectrum,” Norton discovered, “basically everyone says two or three times as much.”

In 1974, economist Richard Easterlin found a similar trend occurring at a nationwide level. He found that life satisfaction had stagnated in America between 1946 and 1970, despite GDP per capita having grown by 65 percent over this period. These findings were replicated in other developed nations.

By taking these growth-versus-happiness findings to the extreme we can consider how unfathomably wealthier we are compared to our hunter-gatherer ancestors. However, anthropologist James Suzman wouldn’t argue that we are much happier. Living with Kalahari Bushmen in Southern Africa, Suzman found that these tribes already lived as Keynes had dreamed, spending only 15 hours a week acquiring food and another 15-20 hours on domestic chores. With very little wants, a strong sense of connection with the natural world and to their community, and hours of leisure time each day, these tribes displayed a very high level of mental wellbeing.

Of course, if you do not have enough money to feed yourself, additional income is likely to increase your mental wellbeing (starving is stressful). However, beyond a relatively comfortable lifestyle with all our basic needs met—and as the Kalahari Bushmen have shown us, this is a lot less income than we might think—additional wealth will not necessarily make us happier. Thus, it is bizarre that in a time and place of unprecedented abundance, our governments are just as obsessed as ever before with economic growth.

So, if there is no absolute level of wealth that can bring us happiness, why are we so obsessed with economic growth? What is it exactly we are growing towards? Studies into the psychology of money suggest that we are not growing towards any particular goal, rather, we are trying to outgrow each other.

Status is incredibly important to humans, as Will Storr outlines in his book The Status Game. Storr writes that one study of more than 123 countries found that “people’s wellbeing was consistently dependent on the degree they felt respected by others.” Especially in Western nations, a person’s income is often used as a source of dignity. It says to our peers that “what I contribute to society is worth X dollars” and provides us with a directly comparable measure to say “and that’s X times more dollars than you.”

The fact this comparison is entirely relative and does not rely on any level of absolute wealth is demonstrated in economist Robert Frank’s findings on income and happiness. He found that upper-income Nigerians report similar happiness levels to upper-income Germans, despite the large wealth gap between them. It appears that you can derive substantially more or less happiness from your income depending on how much money everyone else around you are making. Like points on a scoreboard, it is not the absolute level of income that we derive status from, but the relative level.

This means that 2, 20, 200 or even 2000 percent  annual GDP growth would not make a difference to our own wellbeing, as long as we maintained the same rank on the wealth ladder. In this sense, we are propelling ourselves forward into higher and higher levels of output as we seek to get ahead of one another, creating a vicious cycle of growth. What’s worse is that this obsession with growth might be directly harming our well-being.

Evidence is building to suggest that materialistic values and depression are closely correlated. American psychologist Tim Kasser has conducted extensive studies into people who are more likely to agree that happiness comes from the accumulation of stuff and status. He found these individuals to be more depressed and anxious than those who disagree. These findings held true across diverse cultural and socioeconomic contexts.

Our current economic growth is heavily dependent on materialistic values and extrinsic rewards. Without hoards of consumers demanding more and more goods and services, there would be nowhere for all our output to go. It appears materialistic values are on the rise. Storr, in The Status Game, found that high-school students in the 1990s were twice as likely to agree than high-school students in the 1970s that “having lots of money” was “very important.” We are bombarded daily by thousands of advertisements telling us we aren’t enough so that we feel unsatisfied with what we currently have. And if we can’t afford more, then we make it a goal to one day be able to.

Secondly, an obsession with economic growth produces a number of secondary effects that are greatly impacting our mental health. Johan Hari explores many of these effects in his book, Lost Connections. He found that increased worker specialisation, increased inequality (both in status and wealth), increased exposure to advertisement and increased disconnection from nature all greatly increase your chance of becoming depressed.

All these trends are associated with economic growth; specialised workers are generally more productive, inflated markets generally increase inequality, advertisements help increase demand, and growing city populations that spend more time indoors find it harder to access nature. Hari argues that we must seriously reconsider how we are living and what we value if we truly want to flourish rather than flounder.

The impact of economic growth on our well-being is not necessarily direct. It is not as though, if we were to suddenly wake up with a Lamborghini and unfettered by materialistic values, soul-crushing work, inequality with our peers, and disconnect from nature, we would be instantaneously sadder. However, economic growth that comes at the cost of all these things should be reconsidered. Economic growth can and has been a force for good; it has lifted billions out of poverty, saved countless lives and provided education to masses. However, once we reach a comfortable standard of living, increasing absolute wealth becomes increasingly more futile.

After all, growth at the expense of our own wellbeing is—in economic terms—irrational.