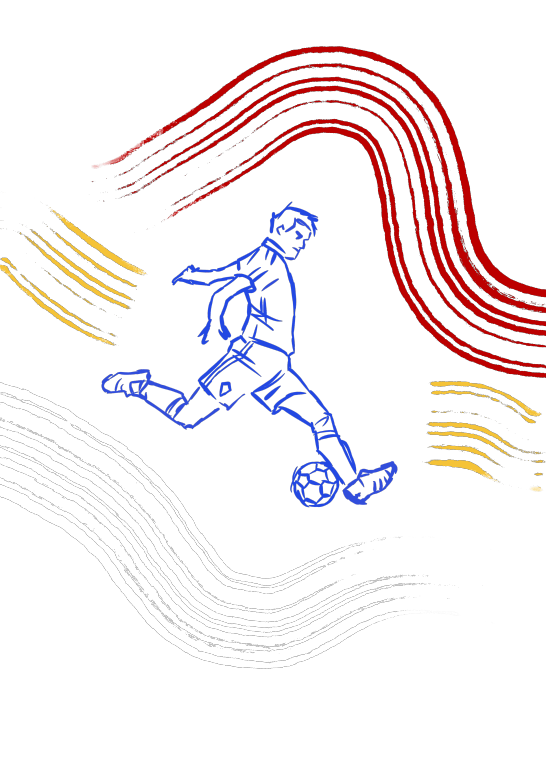 Greed, goals and global war: A Hat-trick in Hypocrisy

Last week I began a thoroughly engaging facetime conversation with my Dad over that fate of the only bond between us stronger than blood: Chelsea Football Club. In recent weeks, our beloved topflight UK football team has undergone a crisis of sorts. Its billionaire Russian oligarch owner Roman Abramovich, well-known acquaintance of Vladimir Putin and full-time dodgy bloke has been forced to sell the club. This was due to the imposition of sanctions on his assets from the British government for their invasion of Ukraine. Some fear this will bring about the end of a nearly 20-year period of trophies and glories for the team, so naturally, we were crapping ourselves.

However, our worries over the future of our beloved club were quelled as we heard news of a potential bidder in the form of Mohamed Al-Khereiji. This billionaire Saudi-Arabian media tycoon is a close associate of Saudi Crown Prince Mohammed bin Salman – the prince who was dubbed ‘progressive’ for believing women should be able to drive and at least denying the existence of his assassination orders for foreign journalists. Of course, there was only one appropriate response to seeing the possible transfer of the love of our lives from one corrupt, obscenely rich associate of an authoritarian strongman to another. A resounding sense of triumph.

As Dad and I discussed the ins and outs of this landmark intersection of football, politics and war, I found myself enveloped in a certain phenomenon.  This is the international community’s attempt to ‘cancel’ Russia. The sanctions on Abramovich reflect the broader outpouring of support for the Ukrainian people. Countless states have condemned this breach of the “oh so sacred” principle of sovereignty and its impact on the Ukrainian people, for once, on real terms.

There has been an unprecedented financial response to Russia’s antagonism with even Switzerland breaking 500 years of neutrality to freeze Russian assets. Putin is the Hitler of 2022, a cartoon-like villain, equipped with a history of bombing Syrian civilians, disregarding the human rights of his own people and previous annexations of parts Ukraine. All actions that none could have believed would set a precedent for the shock invasion of a former USSR nation right next door.

The ‘cancelling’ of Abramovich and the ensuing ownership transfer of Chelsea Football Club to one of many morally questionable candidates provide an excellent platform to consider several issues. Most prominently, the futility of attempting to take the moral high ground on certain values. This includes ideas such as sovereignty, a liberal world order or peaceful conflict resolution when the West abandoned such principles long ago (see invasion of Iraq, Guantanamo Bay, the Falkland Islands). Only last year, Afghanistan was taken over by a literal terrorist organisation. Recently, the President of Brazil has been accused of crimes against humanity towards his own people. Right here, our federal government, despite being convicted of human rights violations by the UN, continues to deny people the recognised right to seek asylum. Yet the same response is not even close to being elicited.

This is not my attempt to minimise the gravity of the situation in Ukraine nor compare horrors that people have faced in recent times. Instead, we must acknowledge that the attention given to Ukraine creates a dangerous precedent where the international community picks and chooses the issues it desires the general public to care about. This creates real world ramifications that reek of moral inconsistency.

Many of us were sickened to hear the compilations of media reporters referring to Ukrainian refugees as ‘different to the others’ or as ‘people like us’. But we were still satisfied with the federal government’s commitment to accepting Ukrainian refugees. Why were we not left reeling? Asking what still leaves so many others risking their lives to enter a country where they will be sent back to the terror they escaped or left to rot in indefinite detention?

I refuse to believe that the majority of people only care about Ukraine because it involves white people and is close to Europe. It is impossible to watch the news at present without feeling intensely for these people. However, international and national media is using human suffering as currency to emphasise the severity of a situation simply for its threat to a particular set of values and norms. It is difficult to blame the average Aussie for their disproportionate concern and investment in the unfolding situation – especially compared to other crises when this is all we are presented with.

The horror of realising that globalisation has left us in a world where corruption, greed and disregard for humanity are largely thriving and unpunished is not a nice thing to sit with. However, the solution cannot be to only pay attention when things may impact our sense of normality. We must take the time to critically examine the complexity of global affairs.

The response to Ukraine may be the start of an international community that feels obligations to one another lying in principles other than unlimited economic growth. If this push towards cosmopolitanism in international relations is to be anything other than another hypocritical attempt by the West to protect itself, then such an attitude of genuine concern leading to action must seep into existing and future international crises.