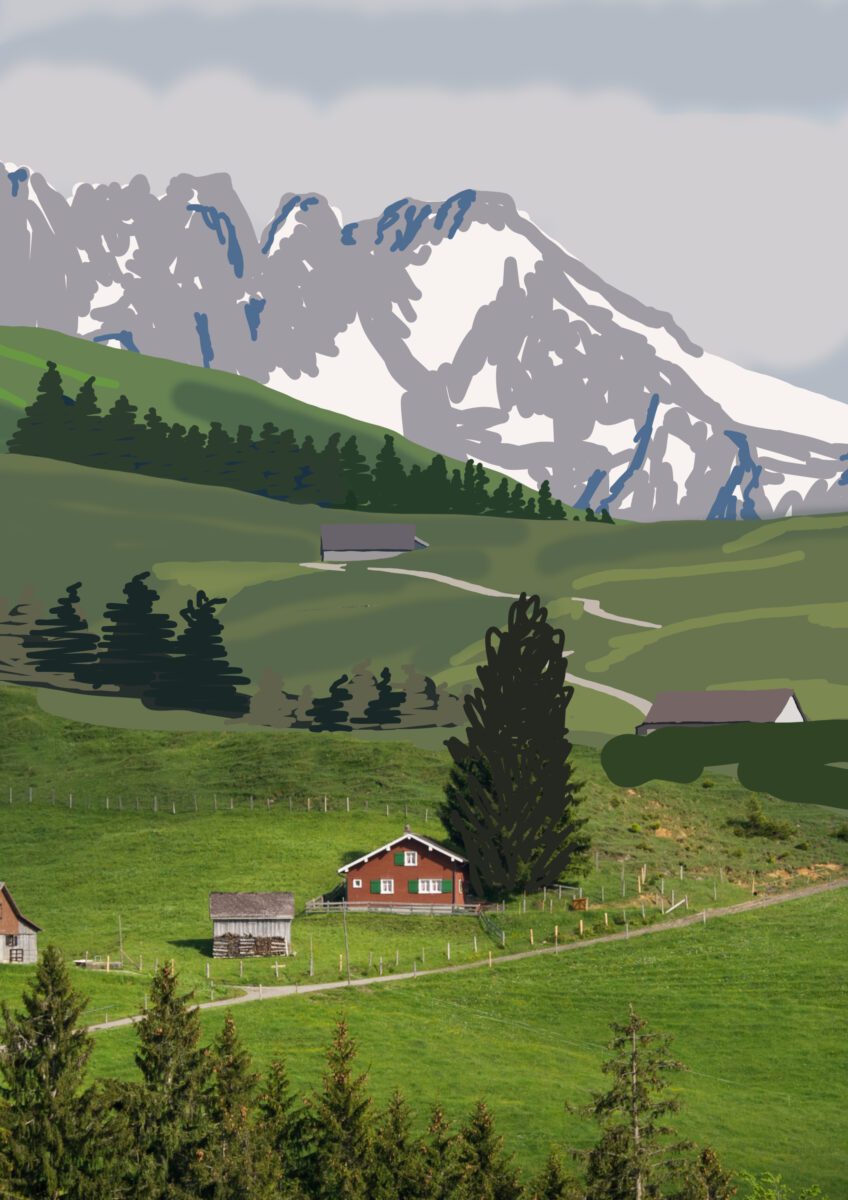 It would be rather useful to know in advance whether I end up blissfully soaked on my daily bike ride home. The weather forecast provides me with some insight, though more often than not, I still get drenched anyways. So why can’t we predict the weather reliably days, weeks or even months in advance?

The answer ties into a fundamental question of our surroundings – what is deterministic, and what is truly random?

A good start would be an underlying definition of randomness – an occurrence is ‘random’ if individual outcomes are entirely unpredictable, yet multiple occurrences may be ‘governed’ by a probability distribution.

Coin flipping (assuming the coin lands flat) is a great example of deterministic behaviour.  In principle, if all the initial conditions of the coin are precisely known – i.e. starting position, mass, the force exerted by the thumb, then the outcome can be determined with certainty. Yet, in practice, the aspect of ‘chance’ is merely due to a lack of measurement of the coin – an imprecise model.

Similar reasoning applies to card games like poker – gambling relies entirely on the fact that players are ignorant of precisely how the cards have been shuffled. Awareness would enable players to consistently correctly predict the hands of other players.

Yet, deterministic systems are not all completely predictable. The double pendulum is arguably the best example of this phenomenon*, though weather forecasts may be more relatable.  Multiple simulations of the Earth’s weather yield dramatically different results if initial conditions are varied ever so slightly – a difference of 0.001 in an initial condition such as temperature may result in completely different weather scenarios months in the future. An extreme interpretation is that a single flap of a butterfly’s wings may be enough to permanently alter the weather forever!

Our solar system is another example. If we wish to predict the locations of the planets hundreds of thousands of years in the future, different predictions based on the current location of the Earth and the location a minute from now could produce results that are millions of kilometres apart!

If slight deviations produce dramatically different outcomes, then there is no way to predict the behaviour of chaotic systems over long time periods!  As in practice, no initial condition – measurements, timing etc, can be perfectly accurate. In other words, the unpredictable nature of chaotic systems is grounded in the inherent uncertainty of the initial conditions.

So, coin flips are both deterministic and predictable. Chaotic systems are deterministic yet unpredictable. Are there truly any inherently ‘random’ occurrences in nature? Perhaps, but we must first turn to the world of quantum mechanics.

At the heart of quantum mechanics is a fundamental principle of superposition – the idea that a physical system can exist in multiple ‘quantum states’ simultaneously, and be ‘superposed’ (added together) to form another quantum state. An excellent example is the analogy of waves. Visualise two stones dropped in a puddle. The two water waves formed will interfere and ‘superpose’ at some point!

A quantum state is a probability distribution for all the possible measurements of a system – position, velocity, momentum etc. in each state. For example, the different energy levels of the electron within a hydrogen atom correspond to different quantum states.  Superposition implies that the hydrogen atom can exist in all these different states at the same time!

Schrödinger’s cat is infamously known in popular culture as the cat that could be both dead and alive. The hypothesis goes like this – a cat is sealed within a box containing a small radioactive source, a Geiger counter (radiation detector), and a flask of poison. If the radioactive source decays, the flask is destroyed, and the cat is dead.

Radioactive decay is a truly ‘random’ occurrence – or at least, there are no reliable predictive models for the decay of a single nucleus. Science doesn’t tell us why things happen – we must first accept observational reality before attempting to explain phenomena.

If we treat being ‘alive’ and ‘dead’ as two separate quantum states, then these states may superpose, and the cat may be regarded as being both alive and dead. We can describe this behaviour with a fictional ‘cat-function’:

Without opening the box, there is no way of knowing whether the cat is dead or alive. This is essentially the ‘Copenhagen interpretation’ of Schrödinger’s cat. Yet ironically, it is also the interpretation that Schrödinger intended to criticise with his cat!**

If we open the box and make an ‘observation’ or a ‘measurement’ of the cat, we ‘collapse’ the cat-function into one of the two states. The randomness in this observation stems from the intrinsic, random nature of the cat-function collapse – it is not possible to predict which state (dead or alive) the cat is in – the collapse is representative of quantum randomness.***  Compare this with the coin, where though probability is 50/50, we can predict every single coin toss.

The coefficients represent the respective probabilities of cat-function collapse into each state.  Note that they are normalised – the sum of their square’s totals to one.

Schrödinger’s cat is the start of an endless rabbit hole into the many interpretations of quantum mechanics. The cat illustrates obscure boundaries of superposition – at what point does the cat stop existing in both dead and alive states?**

Deterministic, predictable, or quantum randomness?  Uncertainty and randomness exist everywhere!  So next time you take a risk or make a decision, take a second to consider how random your actions truly are!  And next time you see a cat, why not take a moment to ponder if it was ever dead?  After all, cats do have nine lives!

*The double pendulum is the go-to example of chaotic motion. A simple google search returns great videos illustrating its behaviour.

**Schrödinger’s cat was intended to challenge the Copenhagen interpretation. Schrödinger disliked the idea of an alive-dead cat and questioned whether the cat was also an observer.  There is a paradox when a quantum treatment is applied to the cat – the cat is required not to have a classical behaviour, yet it does, as it is a cat.