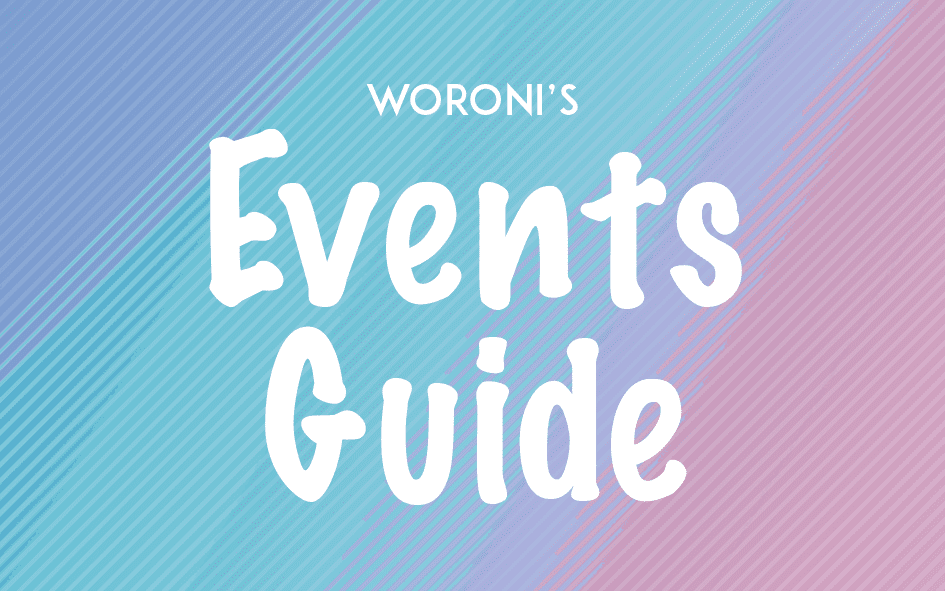 Welcome! I write this on Saturday afternoon, just as I’ve come back from the Sunwaves festival mentioned in last week’s events guide. Unsurprisingly, it was everything as promised – a burst of culture in the form of Latin jazz, flavour-packed finger food and exotic South American cocktails. Anyway, I hope the first week back at uni wasn’t too brutal for you, and you still have energy left to check out some events this week!

There are a few cool exhibitions on at the moment if you have a spare afternoon and want to check out some local Canberra artists. Australian National Capital Artists (ANCA) at Dickon is featuring Fire and Rain by Sally Blake, a 2015 ANU graduate who explores the inner and outer world of nature. Her art’s thematic construction stems from a concern about ecological crises such as climate change and flora and fauna extinctions because of human-interference. The show will run from 12 – 30 April.

The next one is at the Beaver Galleries, from 27 April to 14 May, so luckily if you’re too busy this week you won’t miss out. The exhibition, New Porcelain, is presented by three artists: Keiko Matsui, whose porcelain vessels are influenced by the Japanese technique of ‘Kintsugi’ which honours the damage and visible mending of functional objects;  Kenji Uranishi, whose work pays homage to Japanese artistry of the past and Prue Venables, who is inspired by 19th-century industrial English pottery and contemporary metal and plastic objects. The compounding of different cultural designs and pottery styles from the three artists makes this display an interesting deviation from conventional exhibitions.

For all the vegans out there – and the rest of you, this is not an exclusive event! – The Cruelty Free Shop is hosting their inaugural Vegan Day Out on 29 and 30 April. Start the fun by collecting the map and vouchers for discounts at the Cruelty Free Shop in Braddon on Saturday or Sunday, and use these to find the local cafes and businesses participating. There will be vegan themed specials, meal deals, free coffees, discounted vegan groceries and wine tasting! If you’re still on the fence about going, there will be food samples and I think I speak for all students when I say we’d be idiots to turn down free food.

ANU Coral Bell School of Asia Pacific Affairs is hosting a talk on 28 April, where Gai Brodtmann, the Shadow Assistant Minister for Cyber Security and Defence from 2013 – 16, will discuss the Sino-Australian relations in the age of Trump. Gai was posted to the Australian High Commission in New Dehli during her time in Foreign Affairs and Trade, as well as having worked personally on the normalisation of the relationship with Iran. Her extensive experience in this field suggests that the forum – which will explore how Australia plans to maintain its traditional relationship with the US as it simultaneously aims to grow our relationship with China – will be riveting and informative.

The ANU Society for Arts and Social Sciences is holding trivia at ANU bar this Wednesday so, whether you’re a member or not, head there from 4.30pm for some SASS(y) banter, food and facts!

On Friday night we have Glitoris – Girls to the Front! hosted at The Basement in Belconnen. On the side, Geelong-based indie rock band City at Midnight will play their newest releases as part of their first major tour. As well as celebrating rock chicks, the event is sending 10 per cent of ticket sales to Homeward Bound – a ground-breaking leadership, strategic and science initiative for women, set against the backdrop of Antarctica.