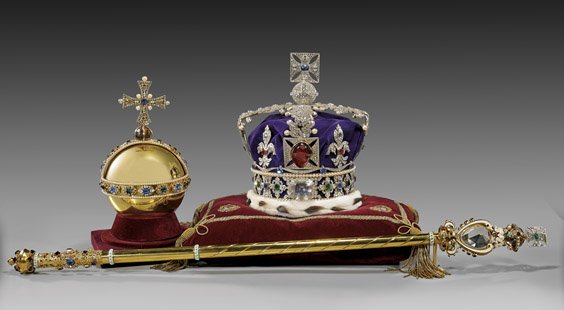 Once again our enlightened political class has decided that the republican debate is to be resurrected in Australia. After another week of political dysfunction in Canberra, we have another reason to be wary of a republic: there is no way we can trust political hacks to devise a republican model that is better than what we already have.

The British monarchy is derided, and rightly so, for its immense privilege and wealth. Indeed, no one feels more strongly about this than the many republicans who gathered at the Royal Exhibition Building in Melbourne last month – as they sipped champagne and paid $300 to rub shoulders with the nation’s most elite politicians and businesspeople. Far from a mere semblance of a bygone era of colonialism, the modern constitutional monarchy is a bulwark against the influence of political dysfunction and privilege upon our political system while also providing hope and stability for a nation and its people.

The crux of the argument in favour of a republic is the notion that our head of state ‘ought to be an Australian.’ This, we are told, could come in many forms. Speaking to that very gala last month, Bill Shorten loudly proclaimed ‘… we can vote for an Australian head of state without derailing the business of government, or the priorities of this nation.’ This is rather doubtful.

Replacing the constitutional monarchy brings great risk and little reward. Whether through appointment or election, the head of state would no longer be a symbol of stability and neutrality that many Australians have grown to love. Any republican model that callously discards the well-functioning system that currently exists would only bring with it the sort of uncertainty and political prejudice that Australians despise of existing partisan politics.

Imagine a figure like Bill Shorten, or perhaps Arthur Sinodinos, as our head of state. The options presented to the Australian public for the top job wouldn’t be national treasures like Cathy Freeman or Ita Buttrose, but rather two political hacks, endorsed by the main parties that we would be forced to pick between. Even if we get the opportunity to vote in primaries for these parties, one can imagine that our widely-praised one-month campaign could easily turn into ten. Or even worse – Australia could go down the same path as the United States did in 2016 and we could end up with President Malcolm Roberts by 2026.

Even with best case scenario for a republic in Australia, the Parliament would simply appoint a President or a Governor General to serve as head of state. But as soon as you remove the Queen from the equation, the non-partisanship and respectability long associated with Governor Generals such as Sir Peter Cosgrove and Dame Quentin Bryce would likely erode. How soon until the hacks in both parties appoint a politically motivated head of state, given the new weight and importance placed on that position? How soon until a friendly donor gets the position, and we get to start singing praises for Governor General Gina Rinehart?

The constitutional monarchy is far from perfect but resolves these issues through established traditions and norms that ensure the independence of the Crown. The Queen is incorruptible and nonpartisan – ironically, her wealth and privilege ensure that far wealthier and more privileged elites cannot co-opt the position and use it for personal gain. You won’t have Her Majesty using her position to construct hotels in Saudi Arabia and golf courses in Scotland.

The phrase ‘if it ain’t broke don’t fix it’ is thrown around a lot in this debate. But, for a nation that prides itself on progress and perpetual improvement, it is a rather unwelcome one. More accurately, the republican debate threatens to ‘throw the baby out with the bathwater’. Of course, there are flaws with the Constitution that many Australians take issue with, such as a failure to recognise the First Australians and archaic laws on ‘foreign allegiance’ as the most recent dual citizenship fiasco revealed.

But why attempt to change arguably what is the most well-functioning part of our Constitution and our government system? The only discernible benefit is that we get to call our head of state ‘Australian’, and given the widespread affection and sense of relation most Australians currently have for the Royal Family – we aren’t gaining anything. Only unwanted risk.

Australians don’t want the same hacks and elites that sat in the Royal Exhibition Building last month to devise a flawed version of what already works. If we can’t trust these same people with important tasks such as marriage equality, tax reform and housing affordability, how can we trust them with devising a workable republic?

Best to stick with what works.

Adam Cass is the Vice Chair of the ANU Monarchist Society