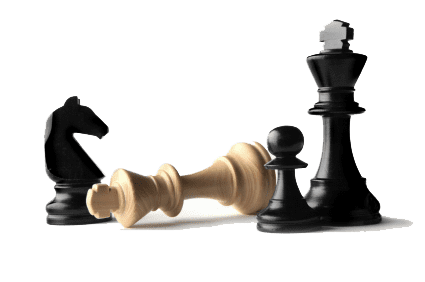 Doing Nothing as a Political Act

So you’re about to graduate, you need to finish off your thesis, you’re applying for dozens of graduate programs, you need to prepare a writing sample for the masters degree you want to do. You stay up until 4am every night of the week leading up to your thesis defence, and you need to get up at seven in the morning to make it to your interview day with DFAT. You have vague memories of sleep, and some hazy idea that all this stuff you are doing will make you happy in some way. Then it hits you.

Doing things seems so natural; like breathing, bleeding, and working yourself to death. It is no surprise, perhaps, that the world we live in was created by the ‘doers’ we hear about from the likes of TED Talkers and Shia LaBeouf. But fuck doers: they got us into this mess.

In many ways, we are probably the most accomplished generation – shout out to me and a few others for keeping the average down – yet we are simultaneously so much more wracked with self-doubt and anxiety. There are real reasons for that; real systemic problems with our world that participation will not solve.

You and I are going to compete for the same jobs, lowering our standards each time, casting our net wider than we ever imagined doing. You, me and 10,000 other people aren’t all going to fit into the offices of DFAT or the ABC or even ASIO, PwC, and the High Court of Australia.

In fact, as an aside, my rejection email from DFAT reads as follows: ‘We received a considerable response this year, with over 2,500 well-qualified candidates.’ My rejection from the Victorian Public Service is more candid: ‘Your responses to our assessed questions have not met our selection criteria benchmarks.’ ASIS did not even tell me I’d gotten rejected ‘for security reasons’.

I remain in a kind of cynical awe of the people who seem to be constantly applying for some scholarship, job, or exchange program. We feel like if our resume doesn’t represent wall-to-wall internships, stupol positions, volunteering and part-time work, then we’ve wasted the past three – I’m being generous here – years.

Some of us will crash hard into the gig economy, having singularly failed to secure the post-university employment our parents and teachers promised us. We’ll drive our Ubers and contract out our labour as our working standards remain as low as our respect for ourselves.

All of this is going to happen, whether we like it or not – let’s at least have the dignity to be lazy while we do it. Half-hearting something might be a small act, but it’s rebellious in its own way, subversive to the dominant narrative.

Think about yourself as a hunter-gatherer, minding your own business, chasing gazelle around the place and picking berries. Then along comes another hunter-gatherer carrying a clipboard, who says: ‘I’ve had a word with the others, and we’re going to start building some stuff, so we’re going to need you to stop lazing around out here and help us out.’

Mine is a call for solidarity with my comrades in laziness, although, a half-hearted one; let’s not expend too much effort.

Take some time now and then to do nothing. Not to distract yourself. Don’t procrastinate from doing something. I mean decidedly do nothing. Stare at nothing and think about nothing. Some people call this meditation, I call it: ‘This isn’t meditation because I’m not pretending this means anything,’

I’m not saying, ‘take some time off, it’ll all be alright, you’ll find something’. Honestly, it probably won’t. We live in a cutthroat world where you sink or swim, like a shark. All I’m saying is, sharks are assholes.