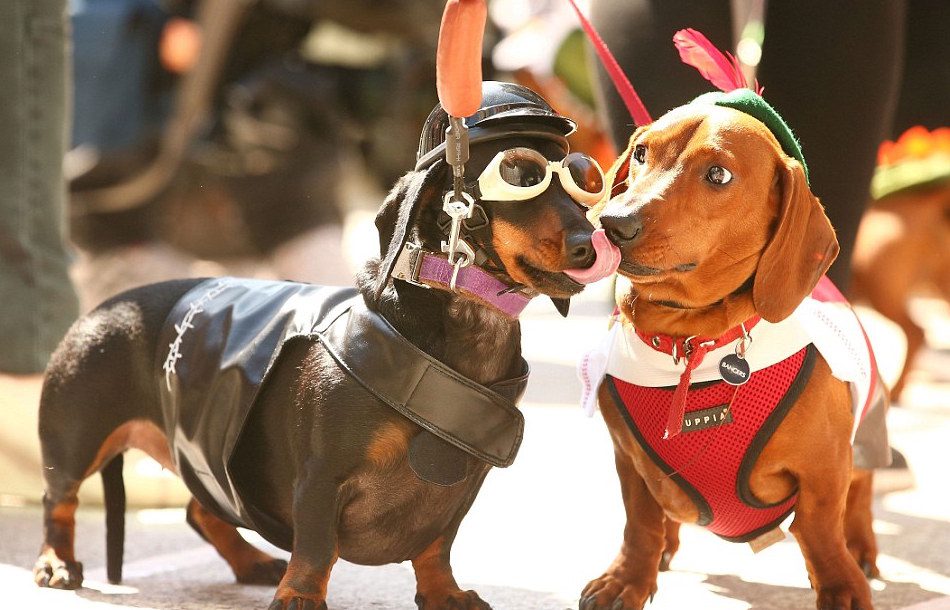 For all of those who are still in Canberra, battling the heat on a daily basis, this listicle is for you. Canberra might not have quite decided on a climate just yet, but there is a bucket-load of events on this December to help remind you that the ACT really is a diamond in the rough.

Circus 1903 – The Golden Age of Circus
Now – Sunday 11 December
3pm weekend sessions, 7pm sessions all week @ Canberra Theatre Centre
Tickets are $79
Growing up my favourite book was Mr Galliano’s Circus. I was fascinated by circus life and used to threaten my mum that I would run away and join the circus on a regular basis. Now that I am older, my views on performance animals make me hesitant about supporting the circus industry, though I have to admit that the human acrobatics are pretty bloody phenomenal. So, refraining from saying whether or not you should attend, I am just letting you know that the circus is in town.

Zhang Peili: From Painting to Video
Now – Thursday 15 December
9am – 5pm weekdays @ China in the World Gallery, ANU
Zhang Peili established himself as an avant-garde painter in the mid-1980s, before breaking away from conventional notions of art and seriously exploring installation and video art. ‘From Painting to Video’ presents one of his last, never before exhibited paintings, alongside his earliest video works. Zhang is seen as a pioneer of video and new media art in China and his exhibition will no doubt be a fascinating display of his progression as an artist.

Re-Purpose
Now – Sunday 18th December
10am – 5pm Wednesday through Sunday @ The Drill Hall Gallery, ANU
Re-Purpose features the work of six artists across three generations, all of whom illustrate the ability of a foreign object to act as an artistic catalyst. All the works feature a pre-existing object, print or textile that is ultimately given a new identity, context and purpose within the final piece.

Outdoor Cinema Screening: Dirty Dancing
Wednesday 7 December
6.30pm @ Northern Eucalypt Lawn, Australian National Botanic Gardens
Tickets are $15
The only thing better than a rom-com dance movie is a rom-com dance movie under the stars. You’ll need a picnic blanket, snacks and friends who won’t get annoyed if you get overexcited and quote the movie out loud. Nobody regrets watching Dirty Dancing and nobody leaves Baby in the corner.

Boy and Bear
Thursday 8 December
8 – 11.45pm @ ANU Bar
Tickets are $46
Boy and Bear are heading to Canberra on their regional tour and boy aren’t we lucky. Killian Gavin has promised that they will “be changing it up night to night” based on venue, with ANU Bar likely promising a “great rock show”. Tickets are on sale from Moshtix until 7pm on the night.

USVS Ping Pong
Friday 9 December
6 – 9pm @ Lull, Gallery and Workshop
A ping pong pop-up exhibition sounds pretty intriguing—probably too intriguing to miss. Custom ping pong tables with limited edition Inklab designs have been built and are waiting, so grab some friends and put your hand-eye coordination to the test. Then add a couple of drinks to the mix and see if your skills improve.

CBR Muse: Feast of Strangers
Friday 9 December
5.30 – 8pm @ Two Before Ten
Step out of your comfort zone and satisfy your curiosity. Based on an original idea by Oxford scholar Theodore Zeldin, the Feast of Strangers will pair you with a stranger and give you a Menu of Conversation with 25 discussion topics. You will choose a topic from the list, discuss it till you are finished, then your partner will choose a topic, and so you go through the Menu. The conversation will last two hours and there will be food, coffee and other non-alcoholic beverages available for purchase. Make sure you register online!

The Commons Street Feast
Friday 9 – Sunday 18 December
5 – 9pm most days, with extended hours on weekends @ Commonwealth Park, Canberra
Are you getting sick of your friends posting photos from exotic places? Of them sending you Snapchats of their food and adventures overseas? Well get ready to eat and drink your way around the world. It isn’t quite the same thing, but it is the little bit of flare that all of us who are still in Canberra need. Plus, it is guaranteed to be a gram-worthy night. The Feast is a gathering of the bests food carts from all around the country for a ten-day long celebration. You can expect to see, and taste, Mama Linh’s, Yalla Yalla, Smokin’ Grill BBQ, Bao Stop, Happy As Larry, Gelato Messina, Chips on a Stick and many more.

Read Like A Feminist Book Club
Saturday December 10
2 – 3.30pm @ Smith’s Alternative
This month the Read Like A Feminist Book Club will be discussing Fight Like a Girl by Clementine Ford. Pre-reading is obviously a must, but will guarantee you will be able to chat away with fellow feminist book lovers till you are emotionally and mentally satisfied.

Outdoor Cinema Screening: Arrival
Saturday 10 December
6.30pm @ Northern Eucalypt Lawn, Australian National Botanic Gardens
Tickets are $15
Now, I haven’t seen the film, but it did get 8.4/10 on IMDB, which is pretty much all you need to know. Google informed me that we can expect to see giant spaceships, extraterrestrial life and the beautiful Amy Adams playing a linguistics professor named Louise Banks trying to save all of mankind. Not sure about you, but I am sold.

Canberra Christmas Market
Saturday 10 – Sunday 11 December
9am – 3pm both days @ Fitzroy Building, Exhibition Park
I went to this market last year and had a jolly old time. They sell “everything you need for a Merry Christmas” that you won’t be able to find at Canberra Centre. Think homemade, and then think gingerbread houses, pudding, decorations, wrapping paper, costumes, stockings and little presents for the people who have everything.

Eye Gazing Canberra
Sunday 11 December
12 – 4pm @ Haig Park
Much of our communication is non-verbal and words often act as a barrier restricting meaningful interaction. Let down your guard and join the Human Connection Movement in Haig Park on Sunday. The steps are simple: find a partner and sit down, take a deep breath and let go of your expectations, be present and move on to the next person.

Outdoor Cinema Screening: Storks
Friday 16 December
6.30pm @ Northern Eucalypt Lawn, Australian National Botanic Gardens
Tickets are $15
I must confess that I am a sucker for a good ‘kids flick’ or some animation, but this movie is honestly just sensational. You have talking birds, powerful messages about family and identity that won’t fly over your head if you’re 18+, the voice of the always awesome Kelsey Grammar and a hilarious wolf pack. I advise everyone watches this one on the big, outdoor screen.

Burgers, BBQ and Beer Market
Friday 16 – Saturday 17 December
11am – 10pm both days @ Civic Square
If you love burgers, barbeque or beer then this is the market for you. Make sure you have an empty stomach so you can have a taste of everything! You need not feel guilty about indulging under the canopy of fair lights because all the proceeds go to the Red Nose Foundation.

Christmas at the Old Bus Depot Markets
Saturday 17 – Sunday 18 December
10am – 4pm both days @ 21 Wentworth Avenue, Kingston
If you have never been to the Old Bus Depot Markets then you are missing out on something special. They have everything – from jewellery, homewares and clothing to food, art, photography and collectibles. Add in the soothing live acoustics and a guarantee of seeing Santa Clause between the hours of 12 and 3pm and you really cannot say no.

One Day Block Party
Sunday 18 December
1 – 10pm @ Westside Village, Acton
The One Day Block Party is coming to Canberra and the fact that it is completely free should have you excited. The line-up features hip-hop and R&B artists, so if that isn’t your thing perhaps give it a miss. The day, however, isn’t all about the music, as local Canberra artists will also be on site to create a giant mural before your very eyes.

Christmas in the City Dachshund Races
Sunday 18 December
7pm @ City Walk, Civic
For anyone that doesn’t know, I have a little dachshund called Stanley. For those of you who haven’t, you need to get on YouTube and look up Dachshund Races. You can expect to see hundreds of little sausage dogs dressed up in fun outfits – think hotdogs, army tanks, princesses and goldfish – racing from point A to point B. The only thing that could possibly be better than these YouTube sensations is the real life version, and luckily for us, Canberra is giving us the best Christmas gift of all.

Sweet Tooth Dessert Markets
Tuesday 20 – Thursday 22 December
12 – 10pm both days @ Civic Square
If it has sugar in it then it is pretty likely to be on sale at this market. You can expect doughnuts, croughnuts, ice cream, gelato, fairy bread, cakes, baked goods, churros, chocobabs, lollies and a whole lot more. Warning: expect to be tempted, a lot.