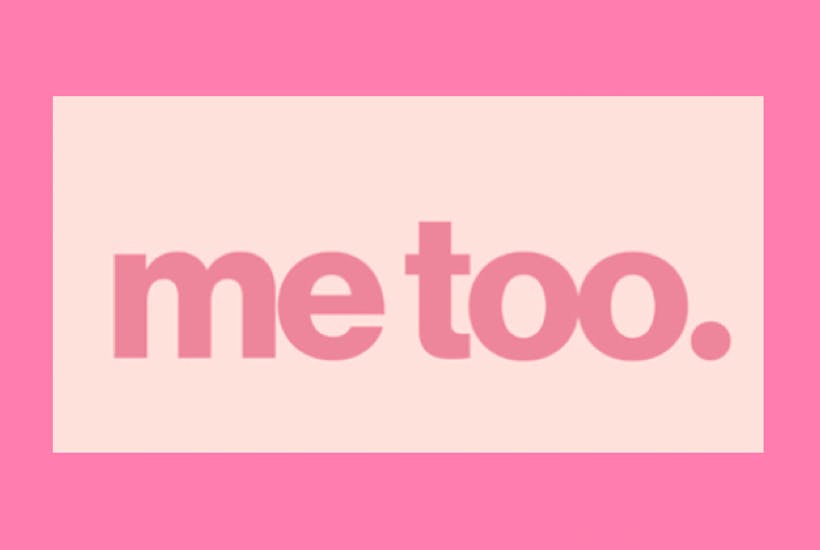 Going to the police, only to be told that nothing can be done because you “hadn’t said no” [3].

Going public with your experience, only to be met with resounding, deafening silence, because publicly calling out misconduct is a step too far when it’s your mate – a good guy – whose career would be on the line. Who continued to host a television show for months until it was eventually cancelled – not because of the accusations of indecent assault, but due to a desire for a ‘fresh approach’ [4].

Your boss calling you “sweetheart”, and it’s fine because even though you’re 17 he’s just being friendly, and it’s just words until it’s not – and he gets a bit too close as he brushes past in the kitchen for it to be an accident.

Relying on your supervisor for the mentorship and connections that you need to progress your career when he corners you at an event one night, alcohol on his breath, and you hear nothing but white noise echoing in your ear, and the words “show me your titties, bitch” [5].

Across the world, #MeToo spurred hundreds of thousands of women to share their stories of assault, harassment, and abuse of power. Many of these were named accusations against powerful men who have been whispered about for years – sometimes decades. Now, when you think of #MeToo, you instantly think of these big names: Harvey Weinstein, R. Kelly, Louis CK, Jeffrey Tambor, Kevin Spacey, Terry Richardson – but this conceals the insidious truth.

Critiques of #MeToo that focus on the impact of accusations on the perpetrators of violence ignore the impact that being sexually harassed or assaulted has on your life, health, and career. I don’t care about the careers of rich, powerful men who abuse their power over women and view sex as an entitlement.

What does it mean to be held accountable for your actions?

#MeToo made it clear that sexual harassment and assault is widespread, particularly in workplaces – and that it would be impossible to prosecute all of these successfully in a court of law. We as a society find it hard to conceptualise what accountability looks like outside of the criminal justice system – with all of its rules of evidence, principles of procedural fairness, and institutional power. But crimes of sexual violence, like those mentioned above, are notoriously difficult to successfully prosecute. This should not mean that perpetrators of violence should not face consequences and be held accountable for their actions.

Critiques of #MeToo fail to conceptualise accountability outside of the criminal justice system – allegations will always be ‘unsubstantiated’ or ‘unproven’ if they are not successfully prosecuted. In this system, accountability is punitive, which does not always result in the acceptance of personal responsibility or behavioural change. This system is stacked against survivors at every point: “of the 21,380 victims of sexual assault recorded by Australian police in 2015, only roughly 10 per cent will have resulted in a guilty verdict” [6]. And that’s only counting those reported to police. These crimes can rarely be proven ‘beyond a reasonable doubt’ due to the nature of sexual violence. And the process of prosecution is often traumatising.

These critiques who claim that the movement has done irreversible damage to the careers of accused men with unsubstantiated allegations fail to reckon with reality: not only do these powerful men continue to successfully work in their industries, as demonstrated by Louis CK’s recent return to comedy, but others do not face any consequences at all. Public pressure tends to ease with the release of a personal statement that either completely denies responsibility (I have never met this woman, this didn’t happen), skirts around a real apology (I’m sorry that she feels this way), or hollow words that are rarely followed by action (I’m sorry but I promise to do better).

Damage to the careers of men who have been accused of sexual misconduct without having been ‘proven in a court of law’ will always be seen as unfortunate, unreasonable, or excessive if we cannot envision a world where men can be held accountable for their actions outside of this rigid and often ineffective structure. Of course, people are entitled to second chances or redemption – if the people they have hurt permit it – but first they have to say and show that they are sorry.

Why do we believe women?

It’s not difficult to respond to people who have been hurt with kindness and compassion. False accusations of sexual assault and harassment are incredibly rare – there is a lack of agreement in the literature about a definitive figure due to a lack of consistency in definition and contextual factors, but it sits at around 2-10%, which is also in line with other crimes [7]. Although there are far more rapists than those who have been falsely accused, the public perception is still that women and others who speak out about their experiences are spreading nasty rumours – ruining lives and careers due to a need for revenge or bitterness. People who speak out, particularly against the powerful, are met with contempt and victim-blaming – going public about your experiences is not glamorous, and neither is watching someone who hurt you continue to live their lives as normal after everyone forgets about everything six months later, while you still live with the impacts of trauma. This is why we build cultures of belief, in contrast to the world we live in.

Ultimately, I don’t have much sympathy for the men who have abused their power over women, committed assault or perpetrated harassment. I care about the women and other people who have been victimised – what about their careers, lives and reputations? Haven’t they suffered enough?