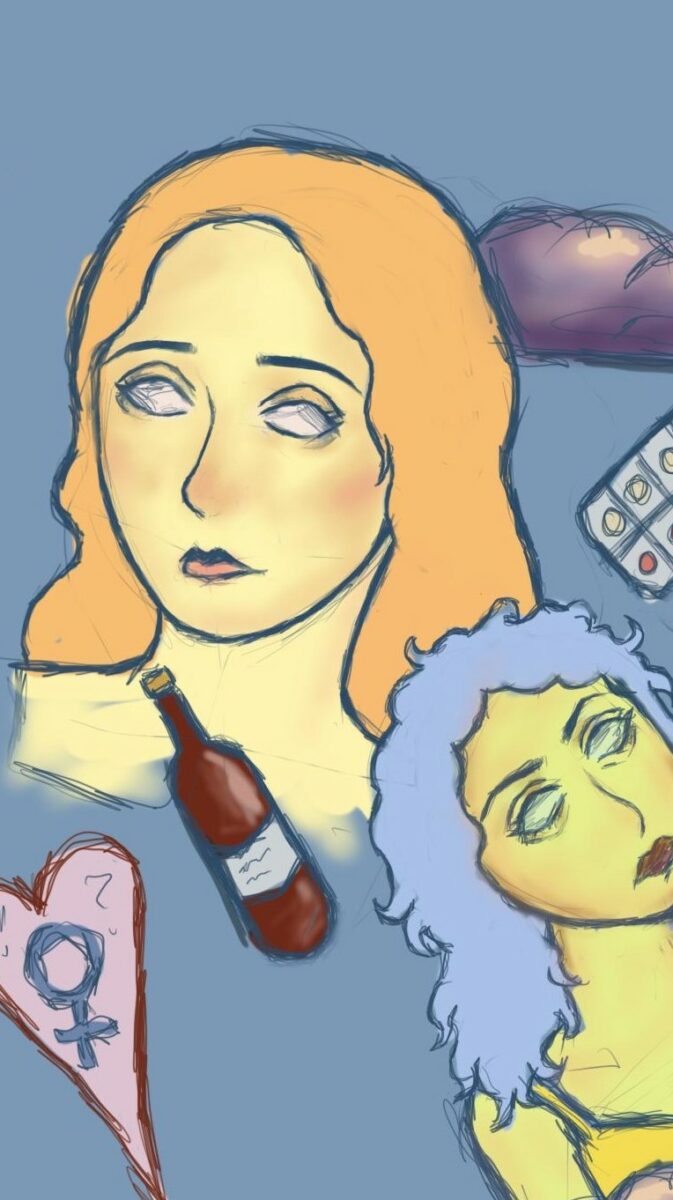 Conversations from a Cubicle in Cube

As a typical humanities student, my memories of science class consist of madly whispering to my best friends about the tales and scandals that consume your world as a teenage girl. So, I can’t say that I can accurately define ‘regeneration’ in the scientific sense. I would rather twist it into a deeper metaphor about the meaning of life, like I am inclined to do as a dreamy sociology student. So, after some googling, I found the scientific meaning of regeneration to be the natural process of restoring damaged or missing cells.

My mind immediately drifts to the default condition of the university student; a $30 bottle of vodka and a hook-up in Mooseheads whose name you didn’t quite hear. There is no doubt that this definitely has a negative impact on our brain cells – particularly in the way that alcohol slows down communication between brain cells – but of course this is secondary to the glorious giddiness of a drunken Thursday night. Nowadays, Mooseheads and Cube live on through glitchy snapchat memories, and as my roommate and I have concluded, we are living in a state of rehab. Our bodies are using this period as a massive regeneration opportunity; restoring the brain-cell networks that are perpetually damaged week by week, like picking off a scab just before it heals.

Instead of just letting our brain-cells repair to their usual standard, why don’t we use this time to manipulate these networks to connect in a different way? What I mean is, why don’t we form new ideas, with deeper and more critical understandings of our usual Thursday night antics, particularly regarding heterosexual hook-up culture?

I haven’t gone a day without thinking of a quote I read in ‘Trick Mirror’ by Jia Tolentino a few months ago, “A woman, home alone for the weekend, might scrub the baseboards and watch nature documentaries even though she’d rather trash the place, buy an eight ball, and have a Craigslist orgy.” This constant state of performance translates to our discussion of female sexual empowerment. It often feels like it’s only acceptable for girls to discuss this topic openly when drunk, in a muffled club bathroom. The next day, we begrudgingly step into the shower to wash off the club stamp, while also washing off any scent of ‘improper’ behaviour from the previous night. And this is just the problem. That we feel dirty. So, the nuanced discourse surrounding hook-up culture remains unsaid.

I believe that teenage girls run the world in most ways, and this includes teaching each other the intricacies of sex: female pleasure, the morning-after pill, the various impacts that the contraceptive pill has on your mood (often irritated, angsty, and moody – if you weren’t aware). There is a level of detail that school sex-ed doesn’t even hint at. The level of external awareness that girls are required to maintain about their identity is headache-inducing; proper, moral, clean. But after a couple of glasses of Aldi wine and the anonymity of a Cube bathroom stall, we feel safer in these discussions.

From my own experience, and from discussions with friends, there seems to be a very distinct moment in a teenage girl’s life where she transitions from believing she has a dirty, sex-crazed mind, to realising it is completely normal to actually be curious about sex. This usually happens during a sleepover with a bottle of cheap wine that you snuck into your tote-bag along with your pyjamas when you were 16. This is disastrously too late. Unfortunately, these conversations continue to only occupy this safe and intimate space and don’t extend much further. They don’t reach the classroom; they don’t reach the general community and they very rarely reach heterosexual men. Too frequently straight men base their knowledge of sex on pornography, which is more often than not grossly-exaggerated, often un-consensual and contaminated with unrealistic body standards. These misconceptions seep into the bedroom.

From drunk and sober discussions that I’ve had with female friends, the general consensus is that casual hook-ups are convenient for men because pleasure is usually assured, and thus they put extremely limited effort into developing meaningful and educational connections to the female body. Our conversations must expand to an understanding of sexual empowerment as knowing your body and desires, feeling confident within this and then being able to communicate them. Clementine Ford, in her book Fight Like a Girl writes, “When pleasure isn’t taught as a key component of sexual engagement and intercourse (particularly for girls and particularly in hetero contexts), female participation is reinforced as something passive and secondary to the male role.” Because of this exact reason, casual sexual encounters so often become problematic and do not reach the point of female sexual liberation that they should.

If we began these conversations at school and involved the wider community, this knowledge would be engrained before casual sex is even initiated. This would be just the start. Especially at university, if we keep these conversations, confessions and emotions confined to drunken sleepovers, the topic will remain taboo and casual sex will never live up to the empowering myth we are meant to believe. So, in this time of clubbing rehab and brain cell regeneration, think about rewiring your understanding of causal hook-up culture in a deeper way, and encourage the broader community to do so too before we return to the flashing lights of Mooseheads.