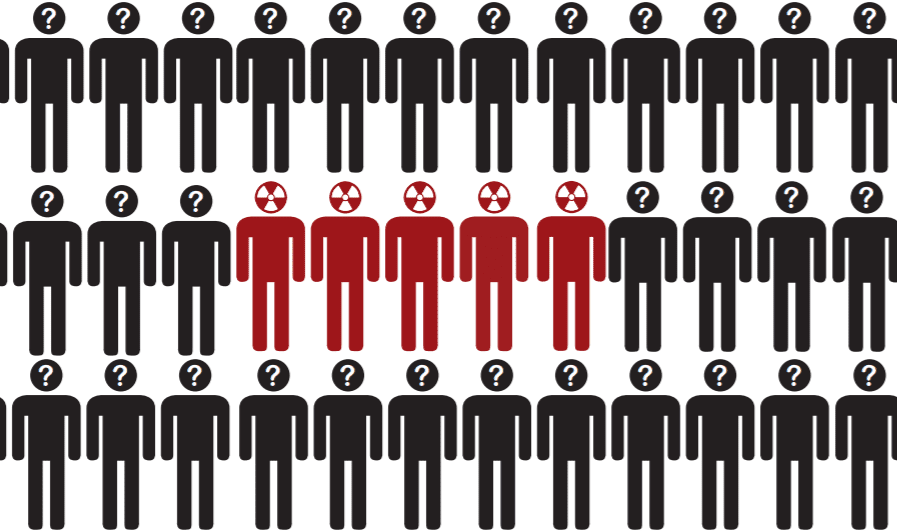 Chernobyl: Putting a Figure on the Fallout

33 years ago, reactor four at the Chernobyl Nuclear Power Plant exploded, showering northern Ukraine and the world with radioactive debris. Four months ago, HBO released a six-part miniseries retelling the immediate response to the incident, and it was quickly showered with praise. With the miniseries, the world’s greatest nuclear accident was once again brought under the scrutiny of the general population. One voice of scrutiny was from the conservative columnist and commentator Andrew Bolt. Bolt stirred up much interest and controversy with his comments regarding the death toll of 4000 to 96,000, which was included in the series’ final episode. He argued that the show was “eco-porn” designed to tap into anti-nuclear hysterics peddled by activists and journalists, going on to claim that “fewer than 100” died due to the accident. Many were quick to dispute Bolt’s claim, and it soon became clear that the commentator had stumbled unwittingly into a topic of depth and repercussion: how do we calculate the death toll from the Chernobyl accident?

If you were following the discussion sprouted by Bolt’s column, it wouldn’t be unreasonable to conclude that the science of the matter was settled: the nuclear accident caused thousands of deaths and Bolt was categorically wrong. The actual value of the death toll depends on whom you ask: the United Nations says 4000 whilst Greenpeace claims 96,000. Bolt is far from the first to put forward such a comparatively low number, and the reason for this is that technically, Bolt is right. Outside of two workers exposed to the core explosion and 29 firefighters who developed fatal acute radiation sickness, every other death we chalk up to the accident has an uncertainty. Some, such as the deaths of 15 children in relative proximity to the power plant, have a very low uncertainty, meaning that we can be largely confident that exposure to radiation caused the fatalities. The vast majority, however, of the deaths attributed to Chernobyl have far larger uncertainties attached.

There are two main reasons for this large uncertainty. Firstly, if you aren’t exposed to enough radiation to experience radiation sickness, the only way it can kill you is by doing enough damage to your DNA to cause a deadly cancer down the line. Excluding the initial 31 deaths, this is the process by which the fallout of Chernobyl claimed lives. To complicate matters, it’s impossible to determine if a cancer was caused by radiation from the disaster, some other radiation or random biological processes.

Secondly, The finer details of the relationship between radiation exposure, risk of cancer and death are largely unknown. This is unsurprising given the generally low likelihood of a population to experience an event in which they are exposed to levels of radiation far higher than background levels, such as from Chernobyl. The rarity of these large-scale nuclear events prevents scientists from developing datasets from which conclusions can be drawn. Additionally, we are unable to scientifically study an exposed population without a ‘control’ population that experience the exact same living and genetic conditions.

This second cause is the primary reason for the large variation in estimates, as ultimately any potential peak in cancer rates and fatalities where we would expect to see them are small enough to be obscured in the overall data. This is due to the statistical noise caused by yearly variation due to unknown or uncontrollable factors, such as diet, pesticides and living conditions. This leaves the actual calculation of the number of deaths to scientific guesswork.

There are some areas in the science, however, where we can find some certainty. In epidemiological studies comparing populations living in areas of higher and lower natural background radiation, rates of cancer do not differ enough to be statistically significant. Inhabitants of Denver are no more likely to develop cancer than those of Canberra, despite proximity to naturally occurring uranium deposits which cause background radiation levels to be seven times higher. From this we can conclude that there must be some limit of exposure, above which humans are more likely to develop potentially fatal cancer. This can also be extended to nuclear accidents, such as studies investigating the long-term effects of a partial nuclear meltdown at the Three-Mile Island Plant in Pennsylvania. The findings showed that despite exposure to a slight but statistically significant increase in radiation compared to background levels, nearby populations showed no increase in rates of cancer or deaths.

Even with this evidence of a threshold, our estimates on the Chernobyl death-toll are based off the linear-no-threshold (LNT) model. This model assumes that there is no safe level of exposure to radiation and that the amount of exposure is linearly related to the likelihood of developing cancer. This model is employed by governments and regulatory bodies in setting radiation limits precisely because of this inaccuracy: as there is no lower threshold, the model is widely considered to provide an overestimation of the danger of exposure. Over time, the LNT model has been increasingly considered outdated and inaccurate by nuclear scientists and public health specialists for examining long term effects of radiation.

It’s due to this uncertainty that a difficult and unpopular conclusion must be drawn: we will likely never be able to accurately determine how many people died as a result of the Chernobyl accident. Between insufficient and inaccurate modelling, incomplete data and a lack of scientific knowledge on the effects of large-scale exposure to radiation, the estimates of the death toll will likely remain varied and open to over or under-exaggeration. This means that when it comes to the debate on whether nuclear power belongs in our society, misguided proponents on either side of the debate will be able to reach for whichever number supports their conclusions for many years to come. Ultimately, we should hope this remains the case, as the only way this accuracy will improve is if another massive nuclear incident unleashes potentially dangerous amounts of radiation into the environment.

As frustrating as it may be, these limitations in our knowledge may well be a good thing…