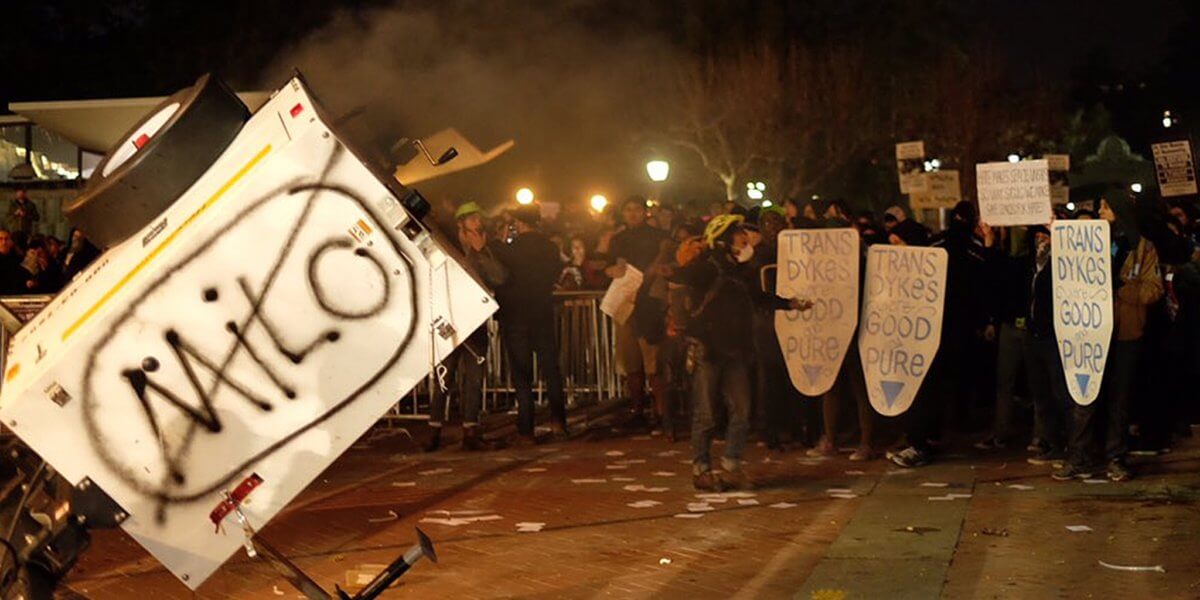 Last year, the Sydney University Liberal Society invited Bettina Arndt to give a talk on September 11. Arndt, a prominent social commentator and former sex therapist, was scheduled to speak as part of her ‘fake rape crisis tour’ in which she challenged the view that campuses are dangerous for women.

Student activists from the Wom*n’s Collective on campus organised a protest against Arndt’s talk, arguing against allowing speech that can cause harm by questioning the significance of women’s experiences and triggering traumatic memories. Police had to be called to allow the meeting to proceed.

In the US, this scenario has been repeated many times. A small conservative campus club invites a provocative speaker to campus. A group of activists organises a protest and tries to shut down the event, arguing that it harms vulnerable groups and creates a hostile environment. The protest attracts media coverage, increasing publicity for the event and stimulating greater interest in the speaker’s ideas.

When provocative speakers are treated as so dangerous that they need to be silenced, this invests them with special powers. Disrupting their speech transforms them into victims, even martyrs, for the cause of free expression. Potential allies are alienated and the larger cause is damaged.

Censorship is generally defined as a power exercised by authorities: the state, military, police, religious groups or corporations. Yet, student activists in Australia, Canada and the United States have recently come under fire in the media for acting like censors – despite the fact that these countries, and especially their universities, have long traditions of support for free expression.

Student activists may have good reasons for opposing the ideas of controversial speakers. However, when students act like censors by trying to silence speech, they may unwittingly end up advancing the cause of their adversary and damaging their own positions.

YAF is fully aware of how students on the left will respond to the provocations of speakers such as Milo Yiannopoulos. One of the leaders of the Berkeley YAF chapter, Bradley Devlin, told journalist Lee Fang of The Intercept that he expected a talk by popular YAF speaker Ben Shapiro would cause a riot. Devlin acknowledged that leftist violence would increase the visibility of Shapiro and his ideas and serve as a ‘pedestal’ for recruitment of students to the conservative movement.

Even without violence, attempts to shut down speech run counter to the mission of higher education, which places a premium on the free exchange of ideas and academic freedom. The mainstream academic press denounces such efforts as censorship. That news framing can, in turn, create opportunities that hostile politicians can exploit for their own ends.

Making attacks backfire is an activist strategy usually used by the powerless against the powerful. But in this case, conservatives are borrowing tactics from the progressive playbook.

How do backfire dynamics work? A good example is the Streisand effect. Photographer Kenneth Edelman took a series of photos of the California coast as part of the California Coastal Records Project. Posted online, one of the photos showed celebrity Barbra Streisand’s mansion. She didn’t want people to see the photo and in 2003 sued for $50 million in damages. The sense of entitlement her legal action conveyed and the disproportionate size of the damages she was seeking produced public outrage. Before it was publicised, the photo had been viewed only six times:; afterwards, there were hundreds of thousands of views. The case was so infamous that counterproductive online censorship is now widely known as the Streisand effect.

A favourite meme of student protestors in the 1960s was “Challenge authority!” Students today, who try to shut down speakers, are emulating authorities – acting like states, clerics or corporations – despite lacking the resources to enforce their will beyond the immediate action. Any short-term victory almost guarantees long term defeat, assuming the objective is to build support for a more open and just democratic society.

When student protesters try to shout down speakers, they are acting like government or corporate censors, but without the clout, bankroll, lawyers or legal cover. As strategy, it is self-defeating. Like the actions by Streisand, it backfires.

Unless the goal is disruption for disruption’s sake, with no larger objectives on the horizon, students would be wise to think strategically about what they want to achieve. There are more effective ways to resist. Protest by all means, but be smart. Don’t do your adversaries’ work for them.

Student activists need to think strategically about what they are trying to achieve, and take into account that any action that looks like censorship can potentially backfire. One option is to just ignore the speaker: no protest means no extra attention to the speaker, just as Barbra Streisand would have been better off never mentioning the online photo of her mansion.

Sometimes it is effective to invite the speaker to a debate. This can work with high-profile speakers because if they refuse it looks like they are afraid. Another option is to prepare leaflets for people attending the talk.

Yet another option is to organise an event giving an alternative view: a talk, a forum, a workshop, a conference. This is an opportunity to foster greater understanding of the issues and skills in campaigning.

Imagine if Sydney University students had organised a forum about rape on campus, with visiting speakers and practical workshops. Rather than leading to disastrous publicity, they could have built capacity for more effective action against sexual harassment and assault.

The message is to think and act strategically. Anticipate what others will do, design actions that mobilise support and don’t give free kicks to opponents.

Sue Curry Jansen is professor of media and communication at Muhlenberg College in Pennsylvania. Brian Martin is emeritus professor of social sciences at the University of Wollongong and was an ANU staff member from 1976-1985.