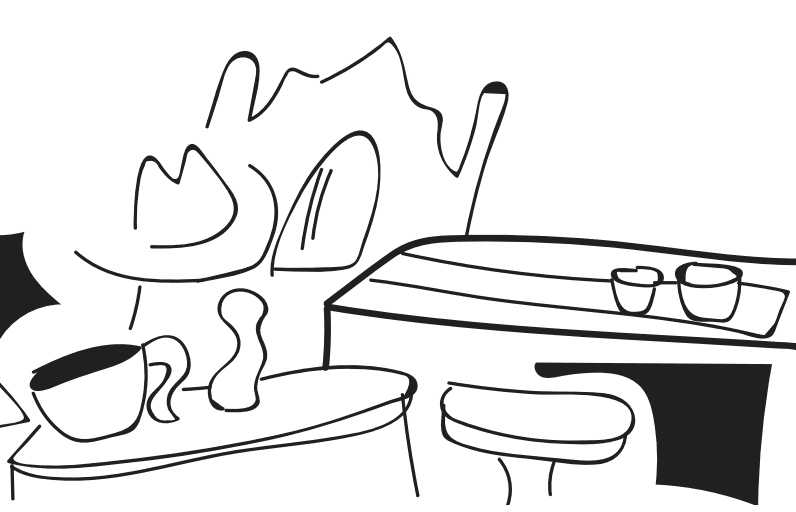 When he came to Sydney on exchange from the U. of I. at Urbana–Champaign, C.A. Brandenburg started renting an apartment on Gloucester Street. It was, at the time, near the height of fashion. None of us knew where he got the money for it. There he was wedged between St Patrick’s Church and a long row of what used to be warehouses. Down the street from him was the dormitory of the New York University foreign exchange, where all the American undergrad girls stayed. He was with them often, and soon they all loved him. He was himself of Midwestern extraction — a Peoria sand-hiller who liked to tell people he was from Chicago. I visited him under the pretext of heading uptown for mass at St Patrick’s, but really I came solely for him. When knocking on his door I’d often find him with a girl, and he would tell her to go or bid her stick around, and, “Hear this, my little lovely, you gone little girl, Italo’s here, he’s just taken Holy Mass, look at the Dharmakaya light on him, and listen, listen to Italo,” affecting his Chi-town accent, and he’d have me read from my notebook whatever I was working on writing that week. He would hear his name in my voice and his ears would prick up and his face brighten with unserious vanity.

I called our group the Cadets because we frequented the little Glebe bar-café called The Cadet. It was by following me around that C.A. become ingratiated with us, and soon he adopted us as his foremost exhibit. We became accessories to his all-encompassing self. I was the writer, Delco was the artist, et cetera. We each got used to being introduced to people by him. He curated us. He had taught himself the language of counterculture, and with us he finally had a chance to practise it. He also corralled together an inexhaustible series of square, respectable people, whom he’d introduce to our circle, and after a few times we wouldn’t see them again either because they’d grown weary of our navel-gazing — oh don’t worry about them, they’re squares! — or because C.A. had disposed of them for another group – just wait till you see who I’m bringing next week!

“Oh they’re all here, come on over and meet the Cadets — yes that’s what they call themselves, isn’t that beat? This is the real crowd here, the people with their fingers on the pulse.” He said this one night in Kaskade Bar with another New Yorker on his arm, along with her entourage and all their boyfriends, who uniformly dressed and drank like business majors.

“There is Italo Salmoragho, who is set to become a great writer. And next to him is my friend Painter Delco, who paints” (that part delivered deadpan, without a hint of irony) “and here’s Dave Peukert, Scott Bez- jak, Germ Bryggen, Mr Princeton, Mr Novik — he’s miserable — Bruno Serero, Phellype, and Liedesow, who’s trying to break into theatre…”

Now, the ‘C’ in C.A. Brandenburg stood for Courtney, a family name, and a rare point about which he felt a sense of shame — rare, because in all other things he was as shameless as a naked animal. So, he introduced himself as ‘C.A.’, or ‘Brandenburg’, or sometimes, mysteriously, as ‘Cal’. His father had been a professional soldier — the Gulf, Somalia, Yugoslavia — who was obsessed by old German nobility, particularly the Hohenzollerns, to whom he believed he was distantly related. C.A.’s mother hailed from Trieste. According to C.A., his father came along sometime after Bosnia and swept her off her feet on one of his grand tours. I had to know him a long time before he would tell me anything like that, and who could say whether or not it was true.

It wasn’t long after I heard that story that C.A. disappeared from all our lives. He took off two months before his exchange was set to run out. No goodbyes. He might have gone back to Illinois, but there were a hundred other places he said he dreamed of going to. He might have gone to New York after one of his girlfriends, or Paris on one of his Poundian sprees. None of us knew. And for a good long while after that, when- ever we sat for drinks at The Cadet, or Kaskade, or at Picklock’s over on Crown Street, in the back of our minds, we’d be waiting patiently for him to stride in and show us off to his people.