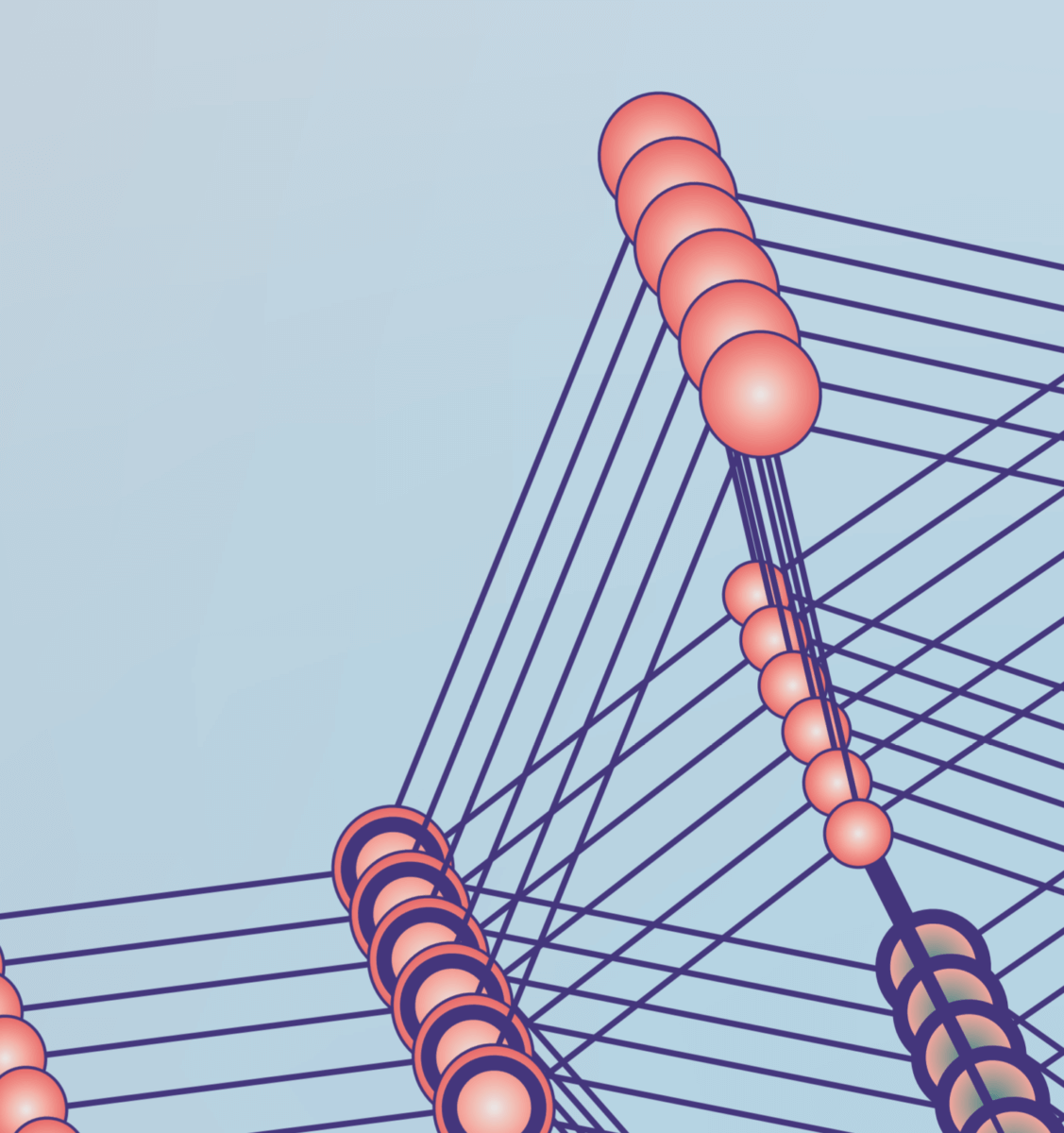 The field of biotechnology has flourished in the last 10 years and an incredible number of advances have been made in our ability to exploit natural biological systems for desirable artificial outcomes. One such biotechnological advance is the development of CRISPR gene editing which is based on part of the bacterial immune system and has allowed for incredible strides to towards curing genetic disorders to be made.

Recently, however, a favourite argument made by those opposed to genome-editing has again acquired substantial traction: the idea that making artificial alterations to the human genetic code is morally dubious because it puts one in the position of ‘playing God’. Personally, I see this logic as beyond absurd as I am not sure how anyone can start citing ‘morals’ as the reason for being in favour of denying fellow humans a way out of the life-sentence that is a incurable genetic illness. Nevertheless, I do support the move that brought about this sudden rise in the notion that editing human genomes is unethical: the firing of He Jiankui, a Chinese scientist, from his university in late January 2019 for producing the first genetically-modified human babies. Although I fully-support the science of human genome modification, I acknowledge that this field was not ready for such a bold move to be made in an ethical fashion— we have no idea what off-target effects may have occurred in these ‘test-subject babies’ as CRISPR is not yet a foolproof system. So here I present to you the facts of CRISPR gene editing; you can decide for yourself whether you think giving human genes an artificial nudge in the direction of health is truly more reprehensible than sitting back and letting people suffer from diseases we could be curing.

Bacterial genomes(complete sets of genetic material present in a single organism), unlike animal genomes, tend to be very compact with few ‘unnecessary’ regions. In animal genomes, seemingly useless repeated DNA segments are commonplace. Consequently, in 1987 when Japanese scientist Yoshizumi Ishino observed strange repeating patterns of DNA while investigating genes in Escherichia coli bacteria he was baffled because “so far, no sequence homologous [corresponding] to these has been found elsewhere in prokaryotes [the taxonomic domain to which bacteria belong]”, and Ishino deemed “the biological significance of these sequences [to be] not known.”.

Fast forward 30 years and Ishino’s discovery has lead to CRISPR/Cas9—the recently developed technology currently revolutionising the way scientists edit genes. Genes are distinct units of DNA sequence that control how we look, how we behave, and how our bodies function. These ‘DNA units’ are passed
on from parents to their offspring through generations and are, therefore, responsible for why you might have your mother’s laugh or your grandfather’s eyes.

CRISPR stands for Clustered Regularly Interspaced Short Palindromic Repeats and is a guide RNA (gRNA), meaning that it serves as a template directing relevant protein to the particular part of a DNA molecule with the sequence corresponding to the gRNA. Casis aprotein—more specifically, an enzyme (a protein which facilitates biochemical reactions)— which is directed to the DNA sequence of interest and acts as a pair of ‘molecular scissors’. Together, CRISPR and Cas form a complex capable of recognising very specific sequences within an entire genome of a cell and then cutting that cell’s DNA at the recognised site so as to create a double-strand break in the DNA double-helix.

Being able to make such double-strand DNA breaks is important to bacteria when they come under the attack of viruses. Viruses that attack bacteria (bacteriophages) do so by injecting their DNA into their victim (that is, the host cell). This viral DNA is then merged with the host genome, allowing replication of viral particles. However, sometimes invading genetic material can be chopped up and incorporated into a surveillance system instead (i.e. CRISPR) and used to protect the cell against future attacks by the same virus. Consequently, should the cell (or any of its descendants) encounter that virus again, the CRISPR/Cas system will ensure that the virus is unable to take over and kill the cell. This remarkable feat is achieved by the initially-infected cell recording the sequence of the viral DNA with which it was injected and storing it within its own genome, interspersed by short characteristic repeated, palindromic sequences.

In the case of bacteria, CRISPR is used to detect a sequence of viral DNA which has been incorporated into the cell’s genome and then Cas is used to make an incision in the viral DNA, effectively destroying the viral DNA. This serves to inhibit the virus’s ability to replicate and, therefore, prevents the virus from killing the cell. In animals, however, the CRISPR/Cas system can be harnessed for a different purpose.

Once DNA has been subjected to a double-strand break (as is inflicted by Cas enzymes), the cell essentially goes into a state of ‘panic’ and recruits its DNA repair mechanisms. Although this damaged DNA can be repaired by joining the severed strands back together, the process by which this occurs is error-prone. Consequently, mutations tend to be incorporated into the repaired DNA as some nucleotide bases (the building blocks of DNA) may be lost or additional bases may be added before the DNA strands are reconnected—that is, unintentional gene editing occurs. Naturally, this led scientists to attempt manipulating this natural bacterial immune response system in order to edit genes precisely as they desired in a more accurate and controlled fashion than previously possible.

It’s important to note that CRISPR was discovered by scientists, not invented; rather, it was an invention of evolution. The CRISPR/Cas system has evolved as an essential element of the adaptive prokaryotic immune response (that is, the portion of the immune response which an organism does not inherit from its parents but rather acquires over its lifetime as a result of exposure to various infectious agents). However, its function in bacterial immunity was only brought to light and fully accepted about 10 years ago.

CRISPR/Cas9, the version of this prokaryotic system found in Streptococcus pyogenes bacteria, is the system in which molecular biologists are most interested. CRISPR/Cas9 can be used to edit genes in a number of ways, including gene knockout, sequence insertion, and gene repair. Gene knockout is the simplest gene-manipulation technique offered by the CRISPR biotechnology. This is a consequence of the fact that animal cells (like bacterial cells) possess a number of error-prone repair mechanisms. Therefore, once the Cas9 protein has snipped both strands of the DNA molecule at the relevant site as encoded and dictated by the CRISPR RNA sequence, the cell’s repair mechanisms will act to stitch the DNA back together but errors will be incorporated during the repair process owing to the low accuracy of this mechanism. This is an important process for evolution as it introduces natural variation into a population but can be hijacked in order to artificially disrupt gene function in a controlled manner.

Second, the CRISPR/Cas9 system can be used to introduce a desired mutation into a gene. This is a more controlled and, therefore, a more complex approach than the crude gene disruption described above. In order to achieve this, a template DNA sequence must be inserted into the cell along with the CRISPR/Cas9-complex so that the cell may make use of another intrinsic DNA repair mechanism known as homology directed repair. It is this template sequence that will be used to guide the DNA repair enzymes when mending a Cas-inflicted DNA break.

Developing from this mechanism of more controlled CRISPR/Cas9 use, is the concept of disease-reversal
of genetic disorders by means of mutation repair. Essentially, CRISPR/Cas9 can be used to cut out a patient’s genetic defect and then repair the snipped DNA using a template for the healthy gene variant so as to correct a patient’s condition. This, however, is only really useful in the context of Mendelian disorders (genetic diseases in which only a single gene is detrimentally mutated) such as muscular dystrophy and cystic fibrosis. Reversing complex genetic disorders would require the repair of multiple contributing disease genes—a demand too great for the current capabilities of this technology.

Other advances in the applications of CRISPR include attempting to cure HIV by suppressing the expression of the virus by means of CRISPR-regulated disruption of HIV genes essential to viral reproduction. However, these reports of CRISPR/Cas system successes are all of small-scale laboratory trials and much work remains to be done before any of this will be made clinically available.

Nevertheless, prior to 2012, concepts such as ‘designer’ babies were essentially science fiction. This is now rapidly changing and today more than ever, the irreversible impacts of genetic editing, especially in germline (i.e. egg and sperm) cells, must be carefully considered before we tread on the sensitive and controversial territory that is manipulating our bodies and our environment at their most fundamental level—the level of the gene.