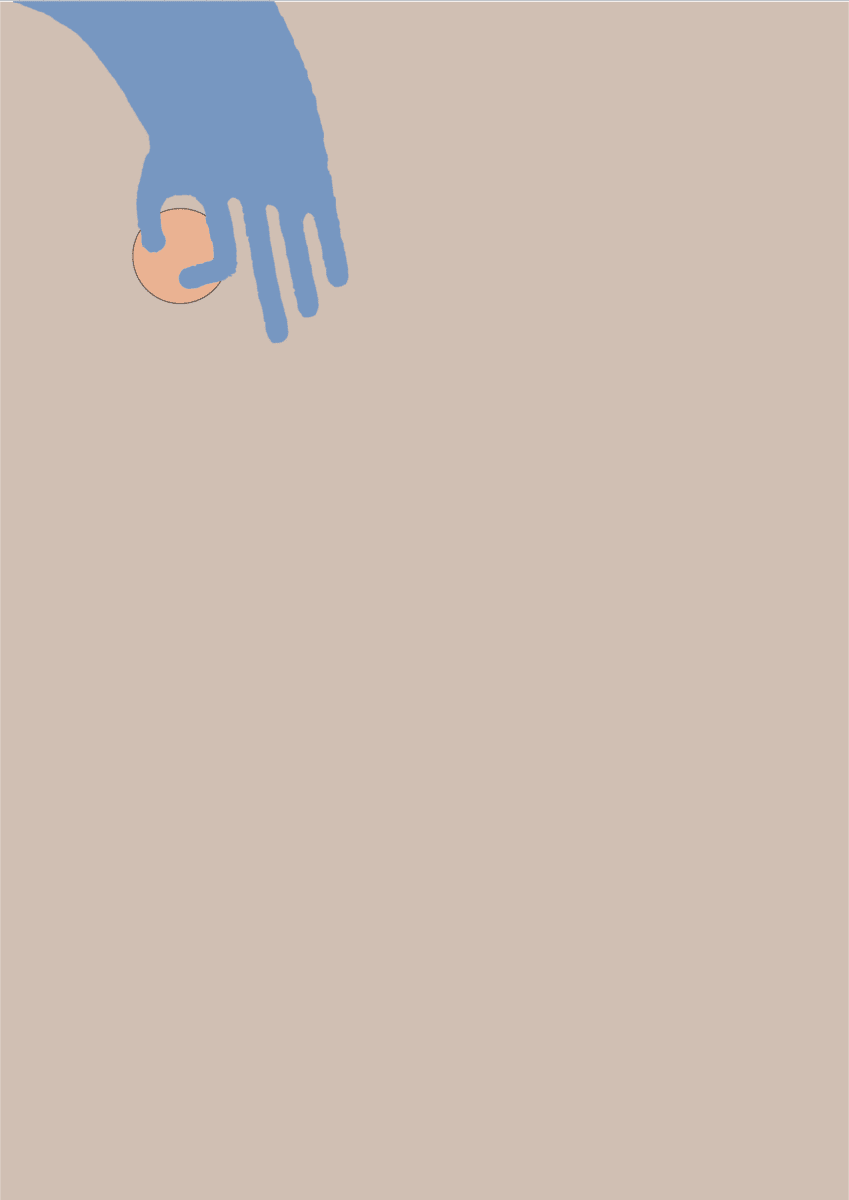 It’s not uncommon to be told “don’t pop your pimples” or “don’t touch your face, it will only make it worse.” However, when the urge is uncontrollable, and the anxiety burns too hot; a small spot can become your worst nightmare.

To me, my acne felt like a mask. When I had this mask on, I wouldn’t recognise myself in the mirror. I was disgusted and horrified with what I was seeing. I couldn’t remove the mask – it was welded on with lumps, bumps and cysts rooted deep into my skin. Like a blind pimple, not everyone could see it, but I could feel it.

In 2019, I asked a doctor based in Canberra if there was anything they could do for my skin. I was prescribed a doxycycline-based pill, and instructed to take one a day – and after six months I saw no results. Frustrated, I went to my family doctor in Sydney, who promptly informed me I had been given the wrong dose.

Turns out, I should have been taking two a day. What a waste of time! My first year at college had been crippled; and thanks to the misguided dosage of doxycycline, my acne got worse. I was starting to see swelling and scarring. I didn’t trust GPs to decide what was best for my skin. After a referral and another two months of waiting, I finally got to see a dermatologist.

It’s important to note that I had heard of Accutane before I got prescribed it. I had also heard just about every other so-called “miracle cure” for acne. Toothpaste, tea tree oil, hot towels, witch-hazel, castor-oil, moisturisers that dry you out, moisturisers that make you oily, micro-beads, harsh exfoliants, gentle scrubs – I tried it all. I knew everything about the latest trends in skincare, toner, hydration, oils and serum. Nothing worked. No matter what I did, the mask had a mind of its own.

When I saw the dermatologist, he took my weight, examined my skin and asked me if I was pregnant. I was prescribed 40mg of Accutane for 6 months. I was told the consequences of taking the drug, the success rate, and the importance of proper contraception while under the course of the medication.

Until I left the pharmacy, and opened my first round of Accutane, I hadn’t properly considered what these drugs could do to a human being. The warnings again urged me, DO NOT GET PREGNANT. I was hit by the idea that chemicals in this small silver sleeve really could harm a developing body. More than harm, in fact. But I didn’t care. At this point, I was ready to pick up a knife and slice every single pimple off myself.

I slipped the pills, and all their side effects, back into the box and didn’t give them a second thought. I was ready to wake up from this nightmare.

Accutane works by stopping the production of oil in your skin. It’s not uncommon to hear that “it gets worse, before it gets better.” In the first month of the drug – oh boy – did I believe them. The following months I developed severe dry eyes so bad that I ended up needing glasses and twice-daily eye drops just to help me see. My lips chapped and peeled. I would do anything to hide my skin. I would refuse to leave my room at college, and started avoiding any chance of people seeing me or more importantly, seeing my skin. Anxiety around my skin began to control me.

After six long months I returned to the dermatologist. I had a recurring welt on my chin and a few constellations of little pimple bumps. Both the dermatologist and I were happy with the improvement. However, it was agreed that I would have to continue the course for another six months. After a year, I could come back and talk about scarring.

Besides my eyes drying out, cracking skin, peeling lips and my hair never getting oily – the final six months didn’t cause too much trouble. Well, nothing out of the ordinary. I continued my skin routine and saw improvements. Except for the two weeks around my period, when the welt on my chin would flare up with a vengeance. On a 28-day cycle, it was 14 days of freedom and 14 days of hell.

Strangely, once my course of Accutane had finished, and my skin was ‘better,’ I still had this inflammation on my chin… which I would obsessively scratch and pick at. It hurt! After not leaving my room for another 24 hours, I woke up one morning and looked at it. Was that acne? Surely not. I went to a walk-in clinic and they diagnosed me with impetigo, a bacterial infection. I cried on the spot. The antibiotics they gave me made it better but didn’t mentally prepare me for the keloid scar I would eventually develop.

Two months later I was back to the GP’s office, asking for help with the (now incredibly itchy) scar on my chin. I swear, if my skin had a personality, over the course of its life it had some major character development. This time, I was given steroid cream to stop it from growing.

After a whole year I made a final trip to the dermatologist. He told me there’s nothing he can do about the mark on my chin or the mess that my acne left on my face. Apparently, I was “healed,” my skin was “better”, and whatever money I choose to spend now will make a “marginal difference.”

I couldn’t tell you where I am now, even though the mask of acne has come off. I am still confused and disorientated, in a cold sweat after waking from this nightmare. It’s hard deciphering what was my skin, from what is now my face. To help make sense of everything I remind myself; that the mask was just a prop in my life, and I am the main character.