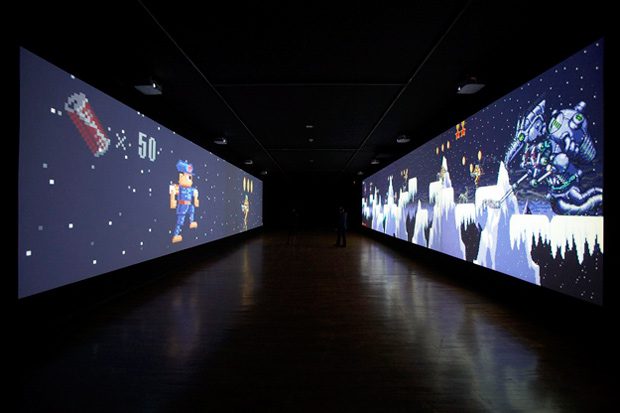 For those of us into games, the question of whether we can consider them as ‘high art’ can be a fascinating one. We already know that games can be artful, but so can advertising and we don’t hang that in the Louvre or the National Gallery. The question of whether games can be a ‘proper’ or ‘high’ art form is what we’re considering here, and it’s not clear-cut. When we think of games as high art, we might focus on the visuals which have progressed dramatically in the last decade. However, we could also apply similar questions to a game’s narrative and storyline, or its music, or the quality of its acting.

Most visual artists, writers, musicians and actors who get involved in video games aren’t really operating in the ‘high art’ scene, and that might be telling. Video game artists rarely come from the ‘gallery’ background, famous game writers come from pulp fiction backgrounds if any, and game composers and voice actors come from Hollywood and not the Royal Philharmonic or Broadway. This might suggest that games still struggle for legitimacy as a true art form.

We see this idea reflected at times in the mainstream media. Theatre goes in the ‘Art’ or ‘Culture’ section, and games go into ‘Entertainment’. This division again might be telling: categorising games in this way suggests that their function is primarily to entertain, not make artistically or culturally important expressions.

Despite this, one might ask if any of this is relevant. Just because games aren’t treated seriously by some sectors of society doesn’t suggest they aren’t capable of being serious artistic or cultural expressions. Maybe some games can even be considered high art for what they achieve functionally in design, or what they somehow manage to say about us. The Museum of Modern Art (MOMA) in New York exemplifies this broader perspective through its own permanent exhibit of 14 video games.

For years, I worked on the game EVE Online, now part of that permanent exhibit. I don’t know if it’s high art, but there’s the game I once worked on, sitting alongside icons like Pacman. It’s not there for its visuals, music, narrative, or any single characteristic. It’s there for the combined effect they all have in creating a framework for what is a unique occurrence in the gaming world: a single-server environment hosting thousands of players in the same place at the same time. The result is complex, emergent behaviour – social, economic, and political interactions that reflect real-life ones.

EVE’s economy is a good example of this. With mentions in Forbes and the Wall Street Journal, it is a thing of fascination and wonder for many, and demonstrates the kind of complexity and richness seen in other areas of the game. Although the in-game economy is a virtual one, it shares many of the characteristics of its real-world counterparts: price wars, cartels, scams – all happening between thousands of players.

The economy has become sufficiently complex – and important to the health of the game – that the game creators (CCP) have hired a full-time, in-house economist to oversee it, as well as staff to root out illegal ‘gold farmers’ who sell in-game currency illegally on sites like eBay.

If this all sounds like serious business, it is. CCP once advertised the game as ‘more meaningful than real life.’ While outlandish, this move accurately represents their desire for players to view the game as their secondary, virtual life. It equally signals CCP’s dedication to providing the platform for that kind of experience.

At CCP I was an in-house fiction writer and ‘content developer’ – effectively working on storyline and narrative. The way we approached our art sometimes mirrored this philosophy of ‘player-driven’ content. Rather than tell stories from on high as the ‘writers’, we’d operate as ‘bards’ and write about players instead. Before I wrote articles for Woroni, I wrote news articles for EVE Online covering the political happenings among player alliances. What a strange job that was, and what an interesting world we live in where that can even be a job.

I don’t know if all of this means that a game can be high art. What I can say is that EVE finds itself in a museum for a good reason. It’s a complex, brilliant beast, with a deliciously dark underbelly that few game designers would ever contemplate. It offers us something to marvel at for a moment, certainly, but more deeply, it operates as a fascinating simulated pocket universe – an oracle that can offer up profound insights, and a living, unscripted, narrative that provides incredible stories. Perhaps it doesn’t matter what we label it as when it can do all that?

In fact, perhaps the label ‘high art’ isn’t even an accurate descriptor of what makes EVE and other games so artful to begin with. Perhaps gamers shouldn’t worry about what makes high art, and appreciate that they – better than most people – can see and appreciate the beauty in a game.