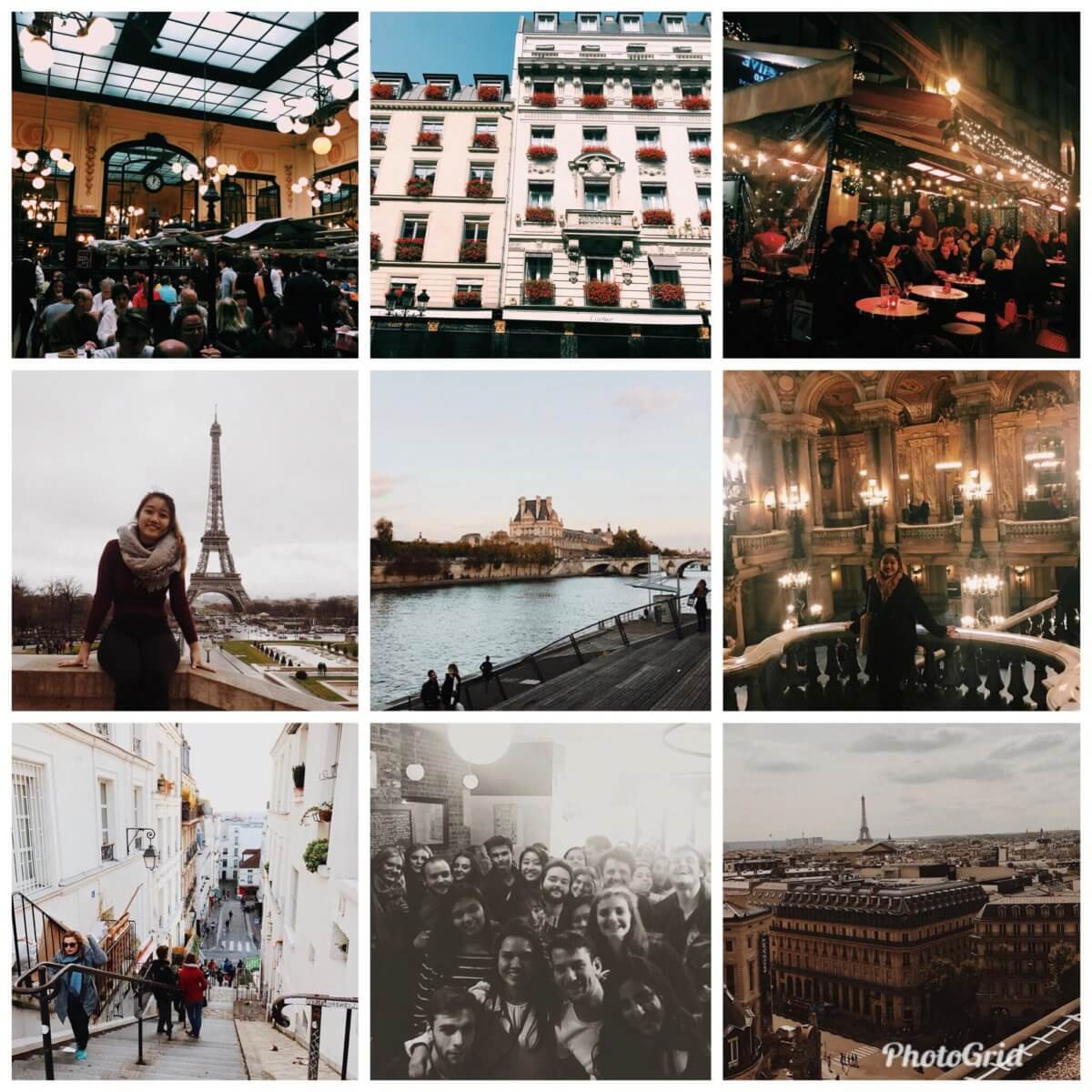 I spent the last six months on a life-changing adventure when I was given the opportunity to study abroad in France through ANU Global Programs. My main reason for picking France was because my dad taught me the language and I wanted to follow in his footsteps of living in France.

Fortunately, I was allocated my first exchange choice, which was one of the top business schools in France, Ecole de Management (ESSCA). The university is a business school of management with people studying various aspects of business. The main campus of this institution was located in Angers, but I was extremely fortunate to be assigned to their Parisian college. ESSCA was very much like a city university, situated along the banks of the Seine river on the west side of Paris. It is much smaller in terms of size and very different from the campus community that I was used to at ANU.

The expectations from my host university were much lower in comparison to ANU’s. ESSCA’s education system is different from ANU’s as there are fewer tutorials, and classes were three hour-long seminars. Assessments tended to focus more on presentations and the final exams were not as intense as ANU’s, given you did your fair share of revision. Classes were conducted in English, but everyone has the opportunity to study French as an elective, and that was naturally one of my favourite courses there.

Despite this, I found that ESSCA’s administrative procedures were a little inefficient regarding timetables and their choice of educators – somewhat ironic since it is a school of management. However, I was very happy that ESSCA assigned me to a French buddy, Audrey, who, alongside the other French students I met in ESSCA, was surprisingly welcoming and helpful with my integration to ESSCA. The French students were all extremely excited to meet the international students and enjoyed going bar-hopping and occasionally brought me and other internationals out to their favourite neighbourhoods in Paris. In comparison to Australian students, I noticed that the French students were very expressive during presentations and almost everyone has already had some kind of internship exposure during their second year of studies.

Living in a big city like Paris can be overwhelming at times. I was initially concerned about my safety in France, especially after the recent terrorist attacks, but I learnt that you just have to be attentive at all times and not worry about the factors beyond your control. I did not mind the less hygienic conditions within the streets of Paris and subway stations. I think Paris is a city that has been through so much; it is what makes the city so old and full of culture and that is what gives Paris its historical identity. Among the people I mingled with, I found that people who grew up in Paris are not as warm and optimistic as people in Australia. Parisians are taught the value of melancholy, and I guess this is why they have a reputation for being a little aloof. Although, it is useful to brush up a little of your French before arriving, many of the French people I met were able to speak English, defying the traditional stereotype.

There are definitely some difficulties when adjusting to a foreign country like France, but, all in all, my time in Paris was a very enriching experience. I was beyond fortunate for this exposure and glad I managed to learn so much about the French culture.ost importantly, I got to grow as a person and understand the careers I wanted to pursue in the future from this exchange. I’ll definitely miss my favourite bakery, the smell of bread and cigarettes in the air, the art and incredible architecture, the talented musicians busking around subway stations and most importantly, the meaningful friendships I got to make, but I guess every good thing has to come to an end.