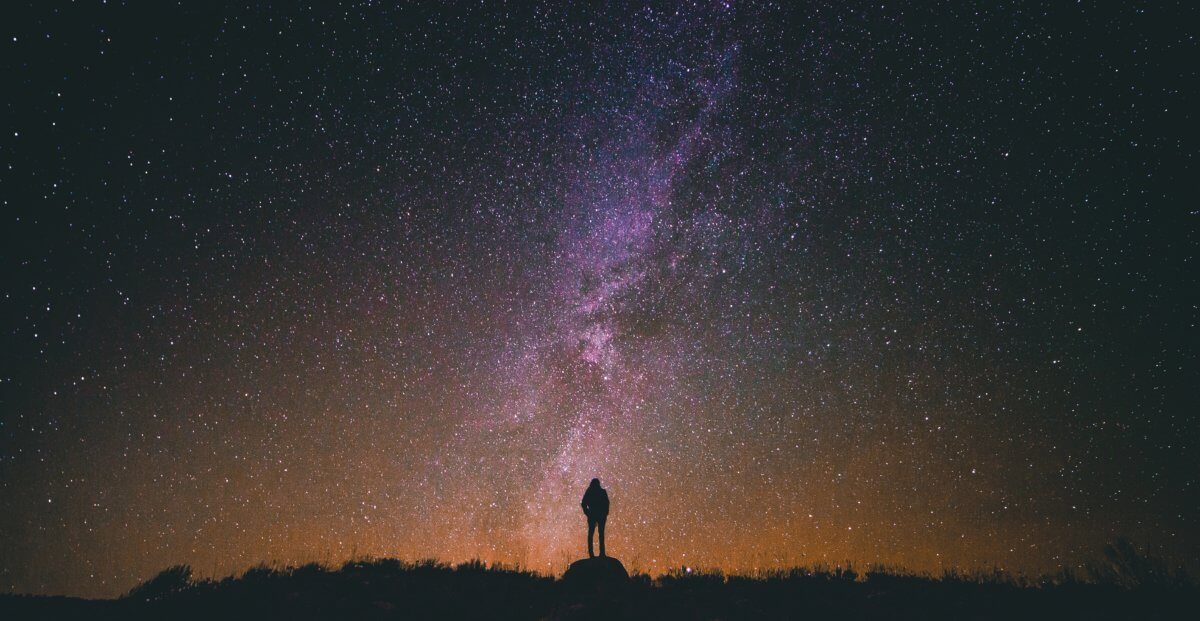 “It’s an energy field created by all living things. It surrounds us and penetrates us; it binds the galaxy together.” ~ Ben Kenobi

Between the bright shining moon and the luminous blue earth, a realm of earth, fire, air and water exists. Here lies the Sublunary Sphere – the region of aether, unbounded by the laws of physics, characterised by an expanse of planets and stars.

What is the Aether?

The Origin of the Word

In fiction, there are often depictions of magic that utilise four elements: earth, fire, wind and water. They are collectively known as the ‘Greek classical elements’, and were once thought of as a kind of energy that embodied all living things. However, there is also a supposed fifth element belonging to this group – the ‘aether’ or ‘void’.

Its Importance in Science History

Aether was a component of a bygone model of the cosmos characterised by an earth centred world.

The concept arose because of light’s wave properties. In nature, most waves exist in a medium, like waves in water or sound through air. At the time it was assumed that light waves needed a material to move through. Hence, a medium for such waves – the luminiferous aether – was born.

The End of Aether

Between 1887 and 1904, the existence of the aether was disproved, as a number of experiments discredited its centuries-long existence.

In 1887, Albert Michelson and Edward Morley performed the most notable failed experiment that measured aether drag. When we move through the air, we produce drag as the air in front of us is slowed down. If the earth is travelling through aether, it should produce an aether drag that slows light down.  Thus, by measuring the supposed change in the speed of light, it was hypothesised that aether could be detected. In the Michelson and Morley experiment, no change was observed, providing the most accurate measure against the validity of aether.

The consensus on the aether’s existence further shifted when Einstein’s Theory of Special Relativity was released in 1905, which didn’t use aether to explain light movement but demonstrated that the speed of light was absolute.

To gaze upon the history of the cosmos from a 20th-century perspective, it is interesting to see how our scientific understanding has evolved. It begs the question, what will the history of science look like a hundred years from now, and what changes in thought can we expect over the next few hundred years? How ludicrous will our current scientific truths be in 2118?!

A Brief Timeline of the Aether

1704: Opticks,published by Isaac Newton in 1704, explained the properties and behaviours of light. Previously, white light was thought of as colourless. However, in Opticks, Newton shows that white light is an accumulation of all colours and can be split into other colours through prisms. He introduced an “Aethereal Medium” to try and explain diffraction – the behaviour of light when bending around corners or passing through slits.

1856: By 1856, aether had gained a magical list of requirements for its existence. It had to be a fluid to fill space, millions of times more rigid than steel to support high frequencies of light waves, massless and without viscosity so it didn’t visibly affect the orbits of planets, completely transparent and incompressible. Scientists were aware of the problems associated with aether, but the concept had become so entrenched in physical law, that scientists were not prepared to discredit it.

1887: The Michelson- Michelson Morley experiment was conducted, which pointed against the existence of aether.

1905: Albert Einstein published his Theory of Special Relativity, which failed to acknowledge the existence of aether.

1925: Special Relativity had been widely accepted, and the debate on aether’s validity slowed. Up until 2003, more tests are performed, with the clear majority disproving the existence of the aether.