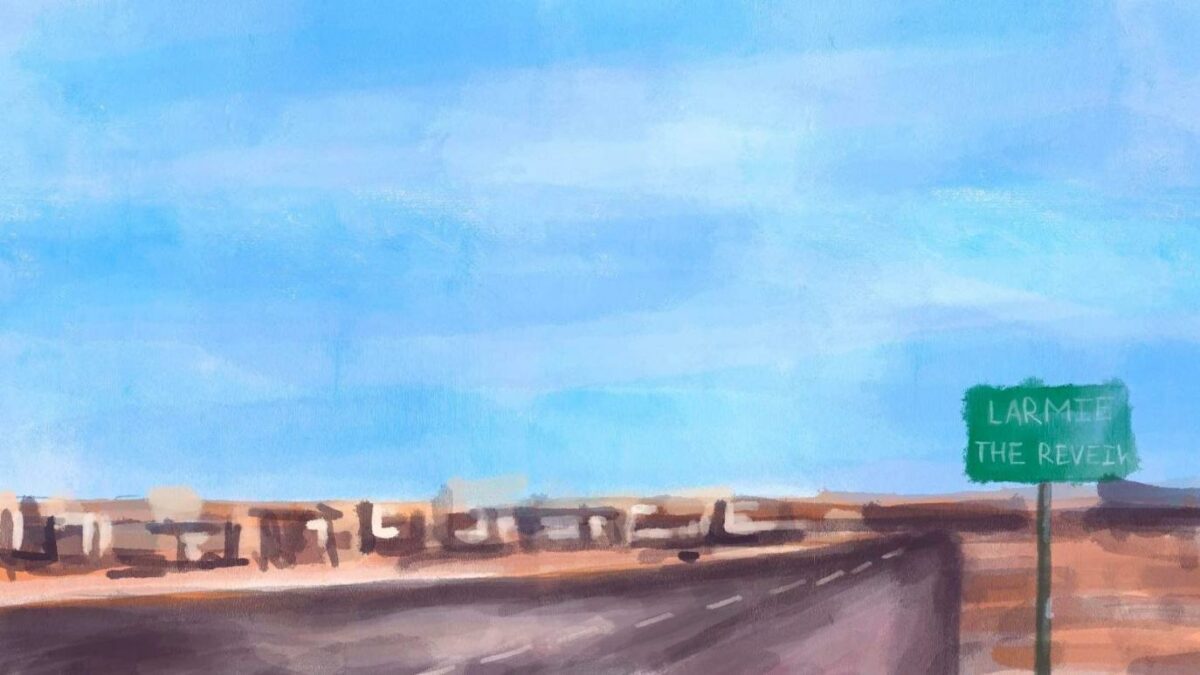 A Review of The Laramie Project: Place, Truth and Hearsay

The Laramie Project is a play about the murder of Matthew Shepard, a gay college student in Laramie, Wyoming, in 1998. It is also a play about the changes in the community as a result of this crime. As a work of verbatim theatre, all of the dialogue is drawn from interviews, court transcripts, media stories, and similar; it is almost a documentary on stage. Every character is a real person. Matthew Shepard’s murder really happened.

Wamburun’s production of The Laramie Project injected dynamism into the play through the production’s use of light and sound. For example, coloured spotlights appeared to create the atmosphere (but not appearance) of a bar, and news reports from 1998 played over the sound system to signal media attention on the town of Laramie. Some of the most affecting moments of The Laramie Project were underlined by changes in light and sound. With an ensemble cast that remained on stage throughout, characters were singled out for moments of soliloquy by spotlighting.

The staging was minimalistic; several chairs, a few platforms, a coat rack, and a wall covered in hessian with a wire fence painted on it. The significance of this fence became clear from the second act, as the specifics of the crime that the play had circled around in the first act were revealed. The play does not follow a linear or conventional structure: it is divided into moments rather than scenes, skips back and forth in time, and the ensemble cast remains onstage for the entire production, switching between characters as the moment demands. Although the cast’s American accents were not always perfect, they commendably differentiated between the many characters in demeanour and through paired-back costume changes – the addition of a hat, scarf, and coat.

I studied The Laramie Project in Year 11, and in writing this piece I have to fight hard not to write a literature essay. I did not see it staged then, so my experience of watching The Laramie Project was seeing something very familiar play out visually for the first time. This is important because of the context of creation and reception (ATAR Lit buzzwords – my high school teachers would be proud). In simpler terms, what I mean is that the murder of Matthew Shepard was big news when it happened back in 1998. You get a sense of that in the play, but I also suspect that most people who would have gone to see it when it was first performed would have a good understanding of what happened before they sat down in the theatre. I was surprised, to be honest, to see it staged by a residential hall at the ANU – it seems very context-specific in some ways. Watching it on campus in a city where I have always felt very safe to be queer may have highlighted the differences between my (of course, non-universal) experiences of the Australian National University in 2022 and that of people living in Wyoming twenty-four years ago, but it was also striking how much it remains relevant here and now.

The scenes I found the most affecting were not the ones I expected. When I was trying to remember what I knew about this play in preparation to see it and write a review, the monologue where Matthew Shepard’s father explained that he’d decided not to pursue the death penalty for his son’s killers did not stick in my mind – perhaps it was just not a scene I wrote an essay on when I studied The Laramie Project in my year 11 literature class. But it was one of the most emotional ones to watch; the father stood in front of a wall representing the place where his son was killed, granting mercy.

On the flip side, some scenes I was looking for made a lesser impact in their staging. The moment the media descends on Laramie to report on the murder is supposed to, according to the stage directions, “feel like an invasion” complete with suddenly appearing video screens.  The Wamburun production substituted visuals with audio clips, from news to Ellen DeGeneres. Not a bad substitute and one I assume was chosen based on the capabilities of the performance space, but the presence of the media felt less weighted than a production truer to the stage directions would have. This matters because the media is the official record by which Matthew Shepard is known, and by extension Laramie. The media’s stage presence is crucial to understanding how the town of Laramie feels like it has been misrepresented.

The realness of the play is crucial – Laramie resident characters declare they are stating the truth, and they beg the theatre company to convey it (the making of the play forms a theme and plotline within the play itself). The play’s dialogue shifts between institutional pillars of verity: court verdicts, press statements – and settle that with opinion and hearsay. It’s all discourse. It is an important recognition that the truth of an event lies also in how people interpret it (the facts people think they have been the ones they will use to inform their reactions), as well as exploration of how a place is defined by the official record.

The Laramie Project seems to be all context. It begins with a portrait of the town of Laramie, setting the scene through dialogue rather than staging. The theatre troupe that originally wrote it are characters themselves, explaining their mission and reactions in interviews. Every character is a real person. And in dealing with hate speech, it contextualises and offers an engaged refutation. This is not always easy to watch – there were moments when I wanted to get up and argue with the characters, and to hear such casual use of homophobic slurs by the residents of Laramie was jarring in comparatively queer-friendly Canberra – but it did mean that when some characters stood up to either the open hatred or the disingenuous rhetoric of ‘live and let live’, it felt more meaningful. In one scene, homophobic Westboro Baptist Church pastor Fred Phelps is surrounded by angels humming ‘Amazing Grace’ as he shouts obscenities at Matthew Shepard’s funeral. It is perhaps the most dynamic scene performed in the whole play, as the ensemble cast works as one rather than in characteristic overlapping dialogue. I would not describe The Laramie Project as an uplifting play – it is better described as reflective – but an undercurrent of hope and mercy runs through it. It is a play about hate crimes, but also about activism and reckoning in its wake.

From what I can remember, The Laramie Project did not have the biggest impact on me when I studied it. I saw it as an interesting piece of theatre on a topic I cared a lot about, but from literature in high school, I remember more readily the Victorian Gothic novel that I hated (The Turn of the Screw), and the postmodernist play I loved so much that I “forgot” to ever give my copy back (M Butterfly). There is no denying Laramie is an emotional and impactful play, but some of that impact is forgone when you have to pick apart every line of dialogue for essay quotes. Perhaps that impacted my watching of the play too – thinking about how I would write this review, I was not always fully immersed. Nonetheless, seeing it come to life gave me a much better sense of its realness; not just the truths of media, court, and hearsay, but also the emotional truths that form the pathos backbone of The Laramie Project.